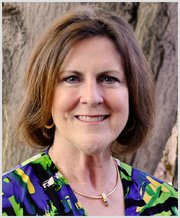 Kim Johnson is President and General Manager at Colorado Public Television (CPT12), and establishes the direction for the station’s multi-channel content service.  In partnership with Colorado-based organizations and public television viewers, she ensures that the station remains inclusive of the diverse perspectives that define the dynamic culture and changing demographics of Denver and the state of Colorado.

Johnson began her career in broadcasting in 1982 working as a multi-functional production professional on broadcast and commercial productions.  She joined CPT12 in 1989 as a Production Manager and moved up through the ranks to become Vice President of Broadcast Operations in 2002, after managing several phases of the station’s digital conversion.  She was promoted to Chief Operating Officer in 2010, and was named President and General Manager in 2014.

The station’s PDP status and untraditional approach has afforded Johnson the opportunity to chart a different path for delivering on PBS’ mission to educate, inspire and entertain its Colorado audience.  Building from CPT12’s long history of working with independent producers, Johnson expanded the breadth of diversity in content by expanding the station’s Community Advisory Board and enhancing their role in community engagement and content influence.

To more effectively serve Colorado’s public media viewers, she has been instrumental in building a productive relationship with Colorado’s primary PBS station, RMPBS, and with other public media outlets in the state.  Prior to Joint Operation Centers, she was the station lead in negotiating and implementing a joint master control operation with RMPBS, one of the first such collaborations.

Johnson has increased CPT12’s audience and local engagement by charting a new direction for the station that takes a page from the successful binge watching phenomena of OTT content by establishing a genre-focused theme approach for prime time viewing.  Strong counter-programming efforts and partnerships with independent producers allows the station to be more responsive to Colorado’s growing population and changing dynamics.  Under her direction, CPT12 has lowered operations expenses through better contract negotiations and price leveraging, and has expanded revenue sources at the station.

She currently serves as the Vice President of the affinity group, Independent Public Television Station Association (IPTSA).  Due to her longevity in broadcasting, Johnson speaks both analog and digital, understands the complexity of challenges facing public media, and is an unreformed, gold card-carrying member of Starbucks.