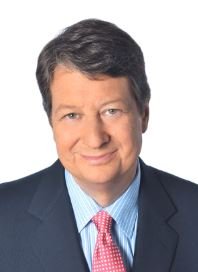 President and CEO of WNET

In his 10 years as chief executive of WNET, Neal Shapiro has led the company to set new fundraising records, increase local and national productions, expand distribution and strengthen the station's financial standing. Throughout his tenure at WNET, he has looked for new opportunities to innovate and expand public media's value by increasing programming and enhancing community engagement.

WNET comprises THIRTEEN, WLIW21 and NJTV, reaching across the greater New York region and producing and presenting a range of local and national series and specials, including iconic series American Masters, Nature, Great Performances and Secrets of the Dead.

Under Shapiro, the company has expanded its news and public affairs offerings with the ongoing production of PBS NewsHour Weekend and, in 2018, with Amanpour and Company, Firing Line with Margaret Hoover and GZero with Ian Bremmer.

To meet the demands for in-depth coverage of critical national issues, WNET launched multi-platform programs and initiatives addressing climate change, poverty and opportunity and, most recently, the roots and rise of anti-Semitism and extremism.

In 2018 and 2019, Shapiro spearheaded the launch of ALL ARTS, a new multi-platform network first online and later on broadcast in the New York region. The network continues to show steady growth, including achieving thousands of downloads of its app available on OTT platforms like Roku and on iOS and Android devices.

Since WNET assumed operation of the New Jersey statewide public television network in 2011, it has invested in both the content and infrastructure supporting the network. Today, NJTV is housed in a state-of-the-art studio in Newark, New Jersey, has merged with online news outlet Spotlight NJ and partners with universities, media outlets and local film makers to offer more hours of local programming than ever before.

Before joining WNET, Shapiro was President of NBC News from 2001 to 2007.  In more than 30 years as a broadcast journalist and executive, he has won 3 Columbia DuPont Awards, 31 Edward R. Murrow Awards and 32 Emmys.  He has served on the APT Board and is now on the boards of TEGNA, American Documentary (AMDOC), the Institute for Non-profit News (INN), the International Academy of Television Arts and Sciences, The Edward R. Murrow Center and his alma mater, Tufts University.

He lives in NYC with his wife, Juju Chang, co-anchor of ABC News Nightline, and their three sports-obsessed sons.

Mr. Shapiro is Chair of the PBS Strategic Planning Advisory Group and serves on the Executive, Station Services and Nominating and Corporate Governance committees and the Member Services Access Working Group.