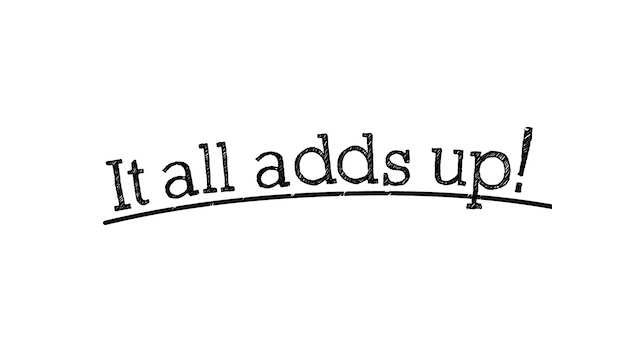 PBS KIDS announces “It All Adds Up,” offering families math learning tools, including a new app for parents of early learners

SXSWedu, Austin, TX, March 6, 2013 – Although research shows that math skills at kindergarten entry can be an even stronger predictor of school achievement than reading skills1, many children do not realize their full potential in mathematics. While a variety of factors contribute to lagging math skills, a new survey released today by PBS KIDS suggests parents place less emphasis on math, since they view other skills as “the greatest predictor of achievement later in life,” ranking reading and literacy (26%) and the ability to pay attention and work hard (47%) as most indicative versus math (14%). The national survey of parents with children ages 2-12 also indicated that parents are less likely to support their kids’ math skills from the earliest ages, and that many parents have anxiety about supporting math learning at home. Responding to this need, PBS KIDS, in partnership with the Corporation for Public Broadcasting (CPB), today announced at SXSWedu “It All Adds Up,” an effort that aims to boost math learning at home – and everywhere – by providing resources for parents.

“It All Adds Up” is an awareness effort designed to expand the impact of Ready To Learn, a cooperative initiative between CPB and PBS, with funding from the U.S. Department of Education’s Office of Innovation and Improvement, to support the development of early math and literacy skills in children ages 2-8 from low-income families. Ready To Learn’s mission is to use the power of public media’s content as a catalyst for children’s learning in both math and literacy. This emphasis is especially important given that theU.S.’s ranking of 25 among 34 countries in children’s math achievement2 has prompted national concern. President Obama emphasized the importance of STEM (science, technology, engineering and math) skills in his recent State of Union address, citing their importance in preparing this generation for a high-tech economy.

“The early years of life are most critical for learning both literacy and math; in fact, many children do not realize their full potential in mathematics because they are not getting consistent support from a young age,” said Lesli Rotenberg, General Manager, Children’s Programming, PBS. “The good news is that there are simple things parents can do to support early math learning that can all add up to make a big difference. We know that parents trust PBS KIDS and look to us for ways to support their kids’ learning, and we are excited to offer parents and caregivers free resources they can use on their mobile phones or computers, and offline activity ideas that make anytime a learning time.”

“It All Adds Up” builds on the collection of more than 100 games and apps that PBS KIDS and CPB have launched over the past two years through Ready To Learn to help build math and literacy skills. The effort also introduces new multiplatform tools, including the new PBS Parents Play & Learn App and a new team of experts called Math Mentors, to help parents increase their own confidence with math and nurture their children’s love for math from an early age. All of these resources are accessible on PBS KIDS Lab, a site that aggregates games, apps and offline activities to help support math and reading learning for kids 2-8. The site also offers several gaming suites, each of which links a set of games across platforms – accessible through computers, mobile devices and interactive whiteboards – so that kids can engage with the same characters as they move from device to device. The content is also linked by curricular frameworks, leveraging games on a variety of platforms to support key math and reading skills.

“Parents, caregivers and teachers have long trusted public media to provide high-quality educational content that is designed to help children learn anytime, anywhere,” said Debra Sanchez, Senior Vice President, Education and Children’s Content at CPB. “‘It All Adds Up’ brings together the best resources created through Ready To Learn to give our nation’s youngest learners a strong foundation in critical math skills that are essential to success in school.”

New “It All Adds Up” Resources Include:

PBS Parents Play & Learn App PBS KIDS’ first app designed specifically for parents, PBS Parents Play & Learn provides more than a dozen math and literacy-based games parents can play with their kids, each themed around a familiar location, including the grocery store or restaurant or, at home, in the bath or in the kitchen. The bilingual (English/Spanish) app helps build math skills, including counting, measurement and estimation, and literacy skills, such as letter identification, rhyming and vocabulary. The app is especially useful for introducing the youngest of learners to reading and math concepts with games and activities that are leveled by stages: baby, toddler and preschool.

The PBS Parents Play & Learn App is available for free from the App Store on iPhone, iPad, iPod touch and for Android phones and tablets, including both the Kindle Fire HD 7 and Kindle Fire HD 8.9. For more details, visit pbskids.org/mobile.

In addition to Ready To Learn funds, PBS Parents Play & Learn was funded in part by the Campaign for Grade-Level Reading.

Math Mentors PBS KIDS has assembled a team of early childhood educators and educational bloggers who will provide tips and ideas for parents to help their children learn early math concepts and to integrate math activities into their daily lives. Parents can also visit PBS KIDS Lab for additional information and tools from the Math Mentors.

New FETCH! 3D-rendered Online Game: Ruff Ruffman’s Monumental Mini-golf Kids ages 6-8 will help Ruff build his monumental mini-golf course in this 3D-rendered game. The game is a publicly-facing beta, which means that it is still in development and is available online to give users a first look. In Monumental Mini-golf, kids safely partner with other players to solve puzzles and create structures while practicing spatial reasoning, measurement, and 2D- and 3D-rendered shape manipulation. As an incentive, at the end of the game, kids get the chance to the play mini-golf in the course they created. Players interact with all their favorite characters from FETCH! WITH RUFF RUFFMAN while learning important math skills in this unique game.

Through the Ready To Learn Initiative, PBS KIDS offers offline activities, online games and mobile apps, most of which are available free, at pbskidslab.org.

PBS KIDS will continue to build on this commitment to math learning with the launch of PEG + CAT this fall. The animated preschool series will follow the adorable, spirited Peg and her sidekick Cat as they embark on adventures and learn foundational math concepts and skills. Through efforts like “It All Adds Up,” PBS KIDS is increasingly serving kids where they live, learn and play – helping to make any time a learning time on mobile devices, on-air, online and beyond.

Survey Methodology:  PBS KIDS surveyed a sample of more than 1,000 parents who currently have a child between the ages of 2-12. Respondents were 20 years of age and older. Interviewing for this survey was completed during February 18-25, 2013.

About CPB  The Corporation for Public Broadcasting (CPB), a private, nonprofit corporation created by Congress in 1967, is the steward of the federal government’s investment in public broadcasting. It helps support the operations of more than 1,300 locally-owned and -operated public television and radio stations nationwide, and is the largest single source of funding for research, technology and program development for public radio, television and related online services.

About The Ready To Learn Initiative  The Ready To Learn Initiative is a cooperative agreement funded and managed by the U.S. Department of Education’s Office of Innovation and Improvement. It supports the development of innovative educational television and digital media targeted at preschool and early elementary school children and their families. Its general goal is to promote early learning and school readiness, with a particular interest in reaching low-income children. In addition to creating television and other media products, the program supports activities intended to promote national distribution of the programming, effective educational uses of the programming, community-based outreach and research on educational effectiveness.