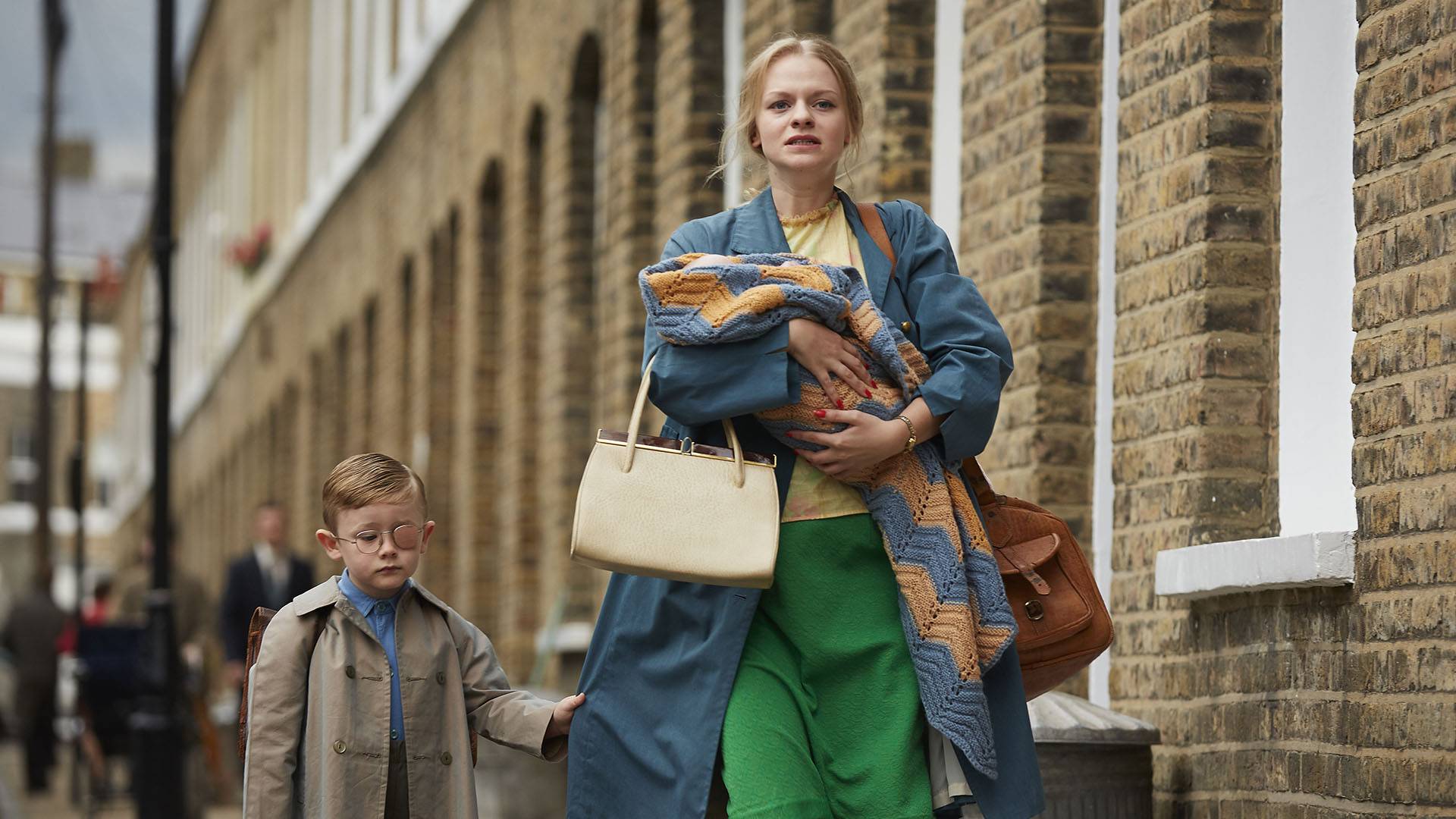 Catch up on the Season 6 premiere of Call the Midwife. Warning: spoilers ahead.

Bring on the tea and extra servings of cake because the midwives of Nonnatus House are back! Oh how we have missed the witty ramblings of Sister Monica Joan and the hustle and bustle of Poplar, London. No need to fret, though. Season 6 is here and packed with more heartwarming — and tear jerking — stories and, of course, adorable babies.

When Season 5 concluded, the midwives had experienced a roller coaster of events, testing their ability to overcome the obstacles in both their professional and personal lives. As Dr. Turner dealt with a hospital crisis related to an overwhelming number of infant deformities caused by thalidomide, Trixie struggled with Barbara and Tom’s courtship, while also coping with a long history with alcoholism. Sister Mary Cynthia was subject to a vicious assault after one of her calls, and Sister Evangelina, one of the House originals, passed away.

Later, we witnessed the midwives as they traveled to the Eastern Cape of South Africa to provide aid to an understaffed mission hospital. On top of everything they had endured both at home and abroad, they saved the collapsing hospital, forging ahead to prove that together they could stay strong in the face of adversity. Here’s where they are now:

As usual, things never slow down at Nonnatus House. So much so that the ladies barely have time to set down their suitcases before being greeted by an unfamiliar face and a new way of living. Cue Sister Ursula, a newcomer to the house who thrives off strict rules and doesn’t mind rocking the boat before the women can even get over their jet lag. After a call from the Mother House, the midwives discover that, not any new addition, Sister Ursula will be taking over Sister Julienne’s position while Sister Julienne is demoted to an everyday member of staff. First impressions, eh?

Meanwhile, as the midwives come to terms with this change in leadership, we’re introduced to our first expectant mother of the season, Trudy. Outside a jail in Poplar — red flag number one — she reunites with her newly released husband, Lester, who is way too excited about winning a trophy for boxing in jail. Red flag number two. Though at first glance the two appear to be lovebirds, Lester is quick to reveal his dark side behind closed doors, and we see the emotional and physical suffering Trudy experiences from spousal abuse. With zero support from her mother, Trudy finds companionship in Nurse Crane as conditions worsen.

3. Cheers to Babs -- and Cocktails

Recently engaged to Tom (surprise!), who proposed to her in South Africa, Barbara decides to join Patsy and Delia in the world of martini glasses and adult drinks. No more bitter lemon for this girl! After all, “vicars’ wives drink quite a lot of sherry.”

Attempting to hold on to his title for Worst Father of the Year, a volatile Lester takes his son Mickey to a boxing ring while an unknowing Trudy rests at home. Having expressed her disapproval for Mickey’s participation in the sport the moment Lester was released from jail, Trudy is shocked when she discovers that Lester, not a midwife, has pulled Mickey out of school to fight a boy twice his size. When the police are unable to get involved, Trudy is left to confront an already angered and abusive husband at home all while trying to protect Mickey.

5. The Power Behind a Mother’s Love

After Trudy attempts to take a stand against Lester and alerts the police of his actions, things quickly escalate in their household. Lester physically assaults Trudy and locks her into their bedroom, leaving his now-injured and pregnant wife alone. It’s not long before Trudy begins to go into labor and must work with Mickey, who sadly was witness to the altercation, to escape. As mother mode sets in, Trudy forces her way out and makes the trip to Nonnatus House just in time to deliver her baby girl.

6. The Problem with Love

While being tended to at Nonnatus House, Trudy opens up to Nurse Crane about her dreams of “weddings and white dresses” when she was a young girl. Clearly discouraged by the day’s turbulent events, she seems to imply that she has given up on the dreams she once cherished and the concept of “true love.” Yet a wise Nurse Crane reminds her that love — motherly love — was responsible for her strength in leaving Lester and securing help for her children.

7. Sister Mary Cynthia Opens Up About Her Attack

After a brutal assault in Season 5, Sister Mary Cynthia struggles with anxiety, which comes to light after she’s caught in the middle of a conflict between Lester and Trudy. Struggling with the trauma, she attempts to face her demons alone, but it’s not long before Sister Monica Joan and Sister Julienne step in to support her.

Though Nonnatus House experiences its fair share of lows this episode, the Turner family pulls through with some much-welcomed and uplifting news. After there were doubts that Shelagh and Dr. Turner would be able to have a biological child together, Shelagh reveals that she’s pregnant. Nervous about motherhood, she confides in Sister Julienne.

9. Nurse Crane Provides a Shoulder to Cry On

After another violent run-in with Lester, Trudy attempts to file for custody of her children. Unfortunately, this doesn’t go as planned. Her attorney explains that Lester could argue that her injuries were actually of her own doing as a result of her past with self-harm. He also claims that there were no witnesses to the incident despite the fact that this was the same event that triggered Sister Mary Cynthia’s PTSD. As a last resort and after revisiting a dark place in her life, Trudy drops her children at the police station and leaves without word of her destination. Having been by her side throughout this emotional journey, however, Nurse Crane finds her and reminds Trudy that despite feeling so alone, she’ll always have people there to help her battle life’s monsters.

On the other side of town, Barbara, who is unconcerned with conventional proposal rules and flashy jewelry, buys an engagement ring with her own money. She reveals the ring to Tom as “their” ring when he exclaims, “That’s not the way it’s meant to be,” because gender roles were still a thing back then. Though initially taken aback, Tom ultimately approves of Barbara’s progressivism. (Let’s be real though: He’s probably just stoked about saving his money.)

Ending on a high note, Shelagh finally reveals her baby news to Dr. Turner with an extremely detailed and surprisingly accurate drawing of an infant. Dr. Turner is both stunned and thrilled over the exciting news that the pair never thought they would hear. Congrats to the Turners!

Nonnatus House responds to an SOS from a tiny mission in South Africa.