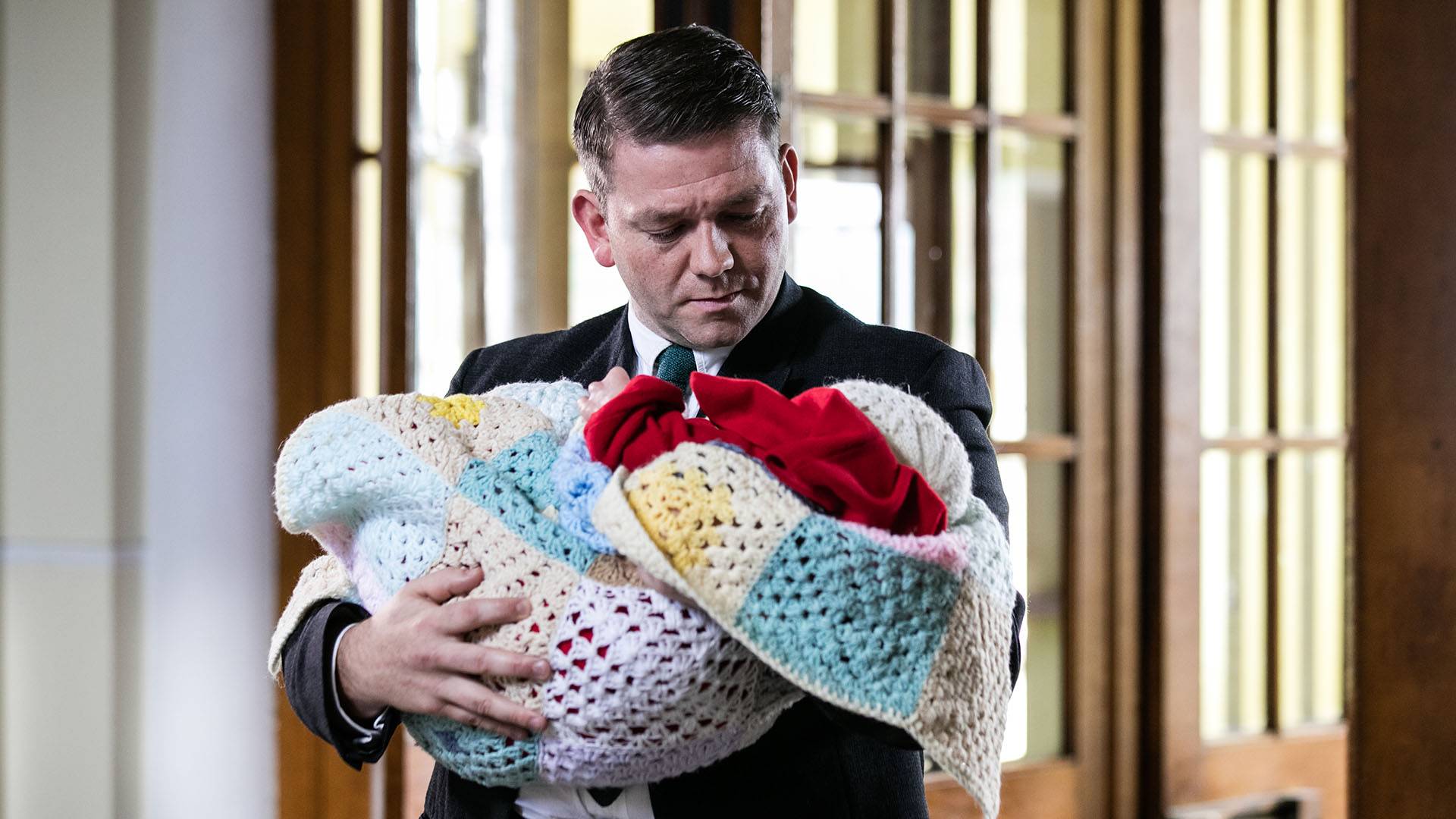 Catch up on Episode 7 of Call the Midwife. Warning: Spoilers ahead.

From supporting victims of abuse to navigating the emotional pain of miscarriage, our midwives continue to trek along as we approach the Season 6 finale. Last week, they experienced one of their toughest cases to date, but as is usually the case for the Nonnatans, there’s a small victory for every hardship. Britain escaped nuclear disaster following the Cuban missile crisis, and Sister Mary Cynthia started fresh at a new mental health facility far less aggressive in its treatment than The Linchmere. Now, the women move forward as new challenges present themselves and they revisit familiar faces.

Episode 7 commences with a throwback to Season 5 as we return to the story of Rhoda and Bernie Mullucks. Parents to little Susan, their family was impacted by the harmful effects of thalidomide. An ingredient in the medicine Distaval, thalidomide resulted in the deformities in many newborns at the time, including that of their daughter. Now that Susan is no longer an infant, the Mullocks consider how they want to proceed when Dr. Turner reveals that Susan will soon be able to receive artificial limbs.

As it turns out, even a date that survives the (almost) end of the world does not signal happy times ahead. Poor Trixie learns this the hard way when Christopher ding dong ditches Nonnatus House, leaving behind a letter to cancel their date. As their plans repeatedly fall through, Trixie confides in Barbara and Sister Winifred. Of course, like any friend who asks for advice but doesn’t really want it, she ignores their encouragement and begins to worry that something is amiss.

The day has come for the Mullucks to bring Susan to Queen Mary’s Hospital for her artificial limb fitting. There they meet Glyn, a young boy with prosthetics, who, like Susan, was born without legs. Though the innovation is promising, the appointment proves to be too much for Bernie, who abruptly leaves the room, overwhelmed with emotion.

We join Nurse Crane and Sister Winifred this episode as they check in on the Antoines, a family of five and soon-to-be six. All is well at the residence, but trouble arises when the pair depart for Nonnatus House. Though novice driver Sister Winifred attempts to get them home from their appointment, after stalling out she’s forced to hand over the wheel to a frustrated Nurse Crane. As they take off, Nurse Crane takes her eyes away from the road for a split second to adjust her rearview mirror when a young boy runs into the street and is struck by the vehicle. As the two women, shaken, exit the car, they realize that the boy is in fact Lenny Antoine, the eldest of the three Antoine boys. Later, when Lenny’s father Marcus arrives at the police station searching for his son, he accuses Nurse Crane of driving under the influence after revealing to Sergeant Noakes that he had given her sherry at their home.

After being stood up once again, Trixie does her best to shake off her concerns about Christopher. That doesn’t last long. While she’s out in Poplar, she stumbles upon Christopher’s car and finds a woman’s silk scarf draped across the passenger seat. Not considering how Christopher might react if he returned, she picks up the scarf and smells it, getting a whiff of L’Heure Bleue perfume. Heartbroken, she leaves him a letter and bikes off.

Later, Sergeant Noakes meets with the Antoines, revealing that Nurse Crane was not intoxicated during the time of the accident. Because of this, he questions the Antoines’ two youngest boys to understand how the incident transpired. Jerome and Wesley explain that after being called names by other children that day, Lenny darted into the street without checking for incoming cars as the brothers fled from their bullies. Though this information eventually travels to Nurse Crane and news of Lenny’s recovery spreads, she still blames herself for being distracted on the road.

After many canceled dates, Christopher finally meets with Trixie to explain why he’s been flaking out on her. Straight to the point, he reveals that there is indeed another girl. Keyword: girl and not woman. As it turns out, Christopher is a divorcee and a father to a little girl from his first marriage. He admits that he was nervous to tell Trixie and explains that he didn’t know if they would be “close enough for it to even be relevant.” (Not sure, Christopher. Seems like an important thing to tell someone you’re dating.) Stunned, Trixie walks off into the distance to reflect on this discovery. Girl can only handle so much news in one day.

At the Mullucks household, Rhoda and Bernie continue to disagree on how they want to raise Susan. To make matters worse, Bernie learns that Rhoda has left Susan at the hospital for a week so that she can be fitted for her artificial limbs without his knowledge. Concerned that she’s merely being used as an experiment and that everyone will see her as a “freak,” Bernie is distraught over the ordeal. Rhoda assures him that the prosthetics will give Susan a better life. However, we witness Rhoda’s doubt when she later visits her daughter at the hospital only to see her swarmed by doctors. Wandering off to be alone, she’s joined by Lydia Timpton, whose son was also born without arms. Part of the thalidomide “club,” the two women hit it off and Rhoda feels at ease going through with Susan’s fitting.

9. Strength in the Family

After her talk with Lydia, Rhoda finds Bernie at the local watering hole. She acknowledges that the road ahead is going to be difficult but that they have to stay strong for Susan and work together to make sure she gets the life she deserves.

When things between Christopher and Trixie don’t go as planned, she turns to Valerie for a quick vent sesh, but quickly learns that Valerie is not the person you turn to for a shoulder to cry on. Trixie condemns Christopher’s decision to hide his marriage and daughter from her, but Valerie bluntly pushes back, asking if Trixie has any secrets that she’s worried others will judge her for. Trixie reflects on this and meets with Christopher, both accepting his apology and revealing that she’s a member of Alcoholics Anonymous.

11. Everything Will Be OK

Like Christopher, everyone deserves a second chance, including Nurse Crane. However, despite her name being cleared both by the police and the Antoine family, Nurse Crane continues to grapple with the accident and panics when she must drive to her next delivery. Picking up on her fear, Sister Monica Joan offers comforting words and even accompanies Nurse Crane to her appointment. Though she is still on edge, the delivery of her patient’s child seems to act as a rebirth for Nurse Crane and she suddenly has a new outlook on life. When she sees the Antoines and Lenny for the first time after the accident, it’s clear that she has finally forgiven herself.