Posted by Wendy Pinter on 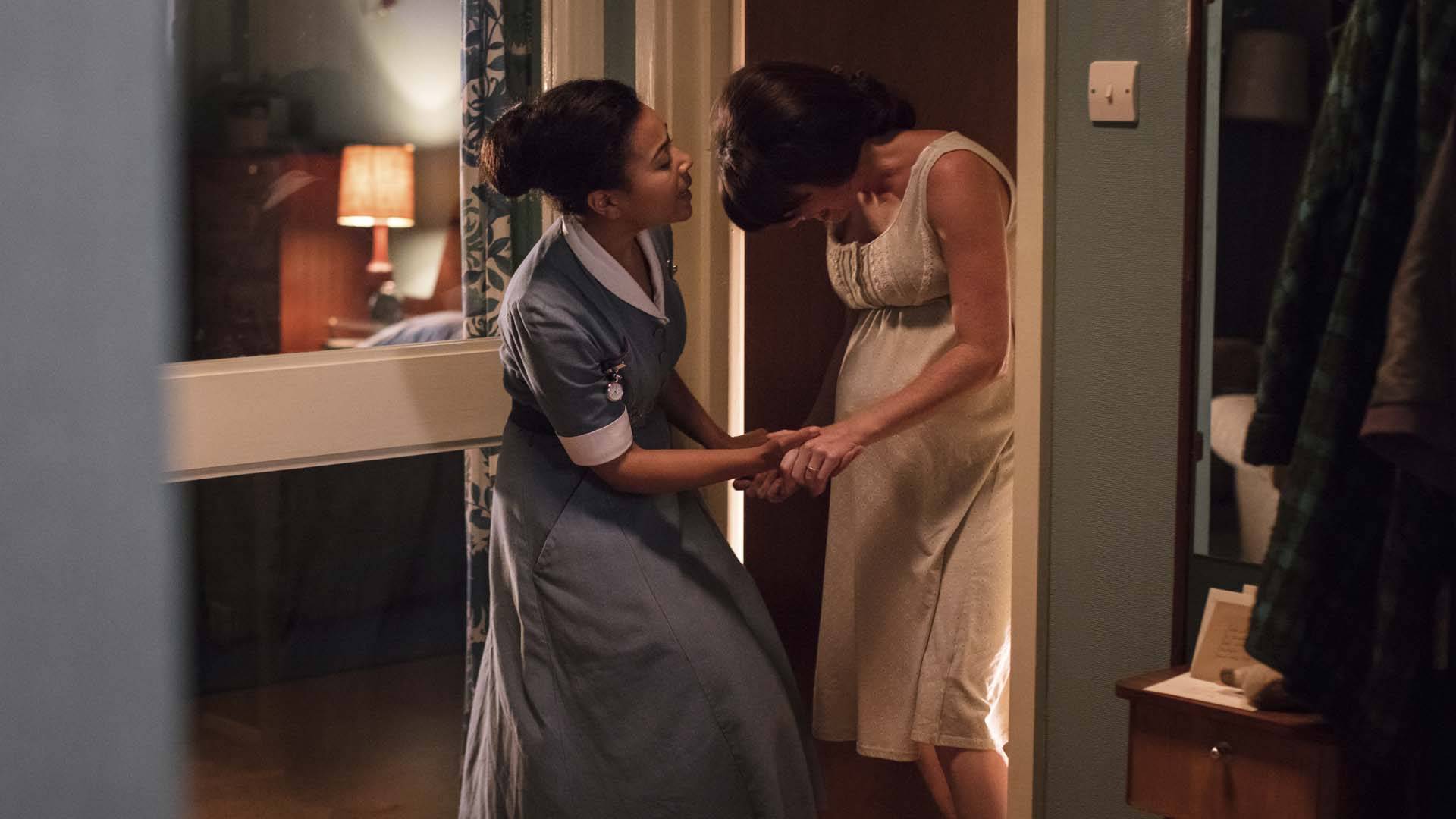 Wendy Pinter shares a moment when she helped a mother-to-be who was too traumatized to visit a doctor's office.

Nancy was referred to me from a physician’s office she visited early in pregnancy, which immediately made me suspicious of what was actually going on. Obstetricians do not EVER refer their patients to home birth midwives around here.

Our first appointment was set by her husband, Jim, at my office. She seemed very agitated to be there. She asked few questions, while her husband, Jim, asked many. When I finally took her blood pressure, it was 130/108. She assured me it was because she hated being there. She dutifully volunteered to lie down on my exam table so I could measure the size of her uterus and listen to her baby’s heartbeat. Once I was done, she snatched up her keys and purse and went straight out to the car to wait for her husband there.

He had tried to tell me over the phone that she would not want to be seen at the office, but I insisted that I did not have time to drive to them for home visits. I wasn’t really hearing what he had been trying to explain to me. Once she had bolted out to the car, he explained that they had been in a serious car accident together, and since they weren’t married at the time, the hospital staff would not give her any information about him when she woke up from her coma-and vice versa. She was so traumatized by the experience of not knowing if he was alive or dead, she no longer trusted any medical care provider. He had to actually trick her into her appointment that day. He had to call her boss and get the day off of work without her knowing, and just as she would get ready to walk out the door for work, he would have to tell her that it was her appointment day.

After a couple of appointments in the office, it became apparent that any further prenatal care I would give to her would have to be taken care of in their home, in as low frequency intervals as we could safely get away with. Her husband learned how to take her blood pressure and had bought a bottle of urine dip sticks on his own to keep track of things he thought I might want in between our visits. I actually admired Nancy for having someone like Jim who went to such great lengths to understand the best way to make her comfortable while caring for her baby.

Over the course of her entire pregnancy, Nancy never spoke more than a few words with me. I knew that her birth was going to require special consideration. I was asked by Jim to attend her birth alone.

Typically, my team would consist of no fewer than two people, but preferably three. Attending a very difficult birth, I would for sure bring three people. The day I was called to Nancy’s home, I came alone.

When I walked into her house, Nancy was on her bed with a baby who was not yet walking. She had been tasked to babysit while her employer was out of town, and of course decided to give birth while she was at it. I was a bit perplexed about how this was going to play out, but it ended up being a welcomed distraction for all of us to have a babbling baby around during what I had anticipated to be one of the most intense births I might ever attend in my career. Nancy would get caught up in the wave of a contraction, and the baby would crawl over her lap like she was a jungle gym. I was so impressed with the love and patience she showed to this delightfully happy baby during a time where I know she had been so afraid. There was no time for that now.

Nancy would offer herself for me to check heart tones and whatever else I needed. Then she was ok if I stepped out. As time went on, she became more dependent on me to help her through.

Pushing was difficult, as it often is for a mom giving birth for the first time. Nancy pushed while sitting on the toilet. She moved to the tub. She stood and squatted, went back on the toilet and then got back on the bed. Her baby finally emerged face up, posterior, which is the most difficult position to push out. She reached down and pulled her healthy baby out and up to her breast. At that moment, it was like a light switch turned on. For the first time, Nancy spoke to me as if we had been great friends all along.

“Can you help me get her to nurse, Wendy?”

I know I must have looked like someone had just walked up and slapped me with a fish. All of her fear was gone. She had just given birth herself, and Jim and I were so proud and thankful that all had gone well.

“Do I need stitches?” She asked. I examined her and said that I didn’t feel stiches were necessary. At that moment, Nancy requested a mirror. She wanted to see the damage and decide for herself. So, I held a mirror and showed Nancy what I felt was just a first-degree laceration that would heal well without intervention from me. Nancy disagreed, and requested I stitch her up anyways. I sat on the bed, perplexed. Was this the same woman who couldn’t even tolerate having her blood pressure taken by me?! I did as she wished, which only took a moment. Before long, I had packed up all my things to leave this perfectly glowing family. I was so thankful everything had gone so well for this couple who had been through so much together.

Over the next several weeks, I paid many visits to Nancy’s home to follow up with her and her baby. She always talked to me like we were great friends during these visits. I had felt such pride about this birth having “cured” her phobia. The six-week visit came along, and I heard a knock on my door. It was her appointment time, but just Jim had shown up with his baby. She didn’t want to come.

I was so disappointed. We seemed to be back to square one, and I felt terrible that she went back in the prison that her mind suffered in for so long.

Many months went by before I heard from her again. She would ask me about things going on with her body, always over email, but I didn’t mind at all. Watching her taking charge of her own life and especially health care made me feel really good about what I’m able to do for birthing people.

I remember the day I saw the good doctor who referred Nancy to me and let him know that everything went so well.  He was so thankful. He admitted that he didn’t have any idea how they would have been able to care for this woman if I hadn’t taken her on. I felt proud that day, to be able to provide the space for Nancy to safely become a mother. I feel quite proud every day when I see another family meet each other for the first time.

Wendy Pinter (CPM) is a Certified Professional Midwife in southeast Michigan who has practiced traditional home birth midwifery since 2008 catching hundreds of babies. In 2017, she finally decided she was tired of trying to ride her bicycle to births and opened Nine Short Months Birth and Community Wellness Center, now located in Southfield, Michigan, where she brings her expertise for home birth into a very comfortable facility setting.
Read More About Wendy |  Read All Posts by Wendy