We'll Continue to Muddle Through, Together

Last Updated by Deborah McBain on 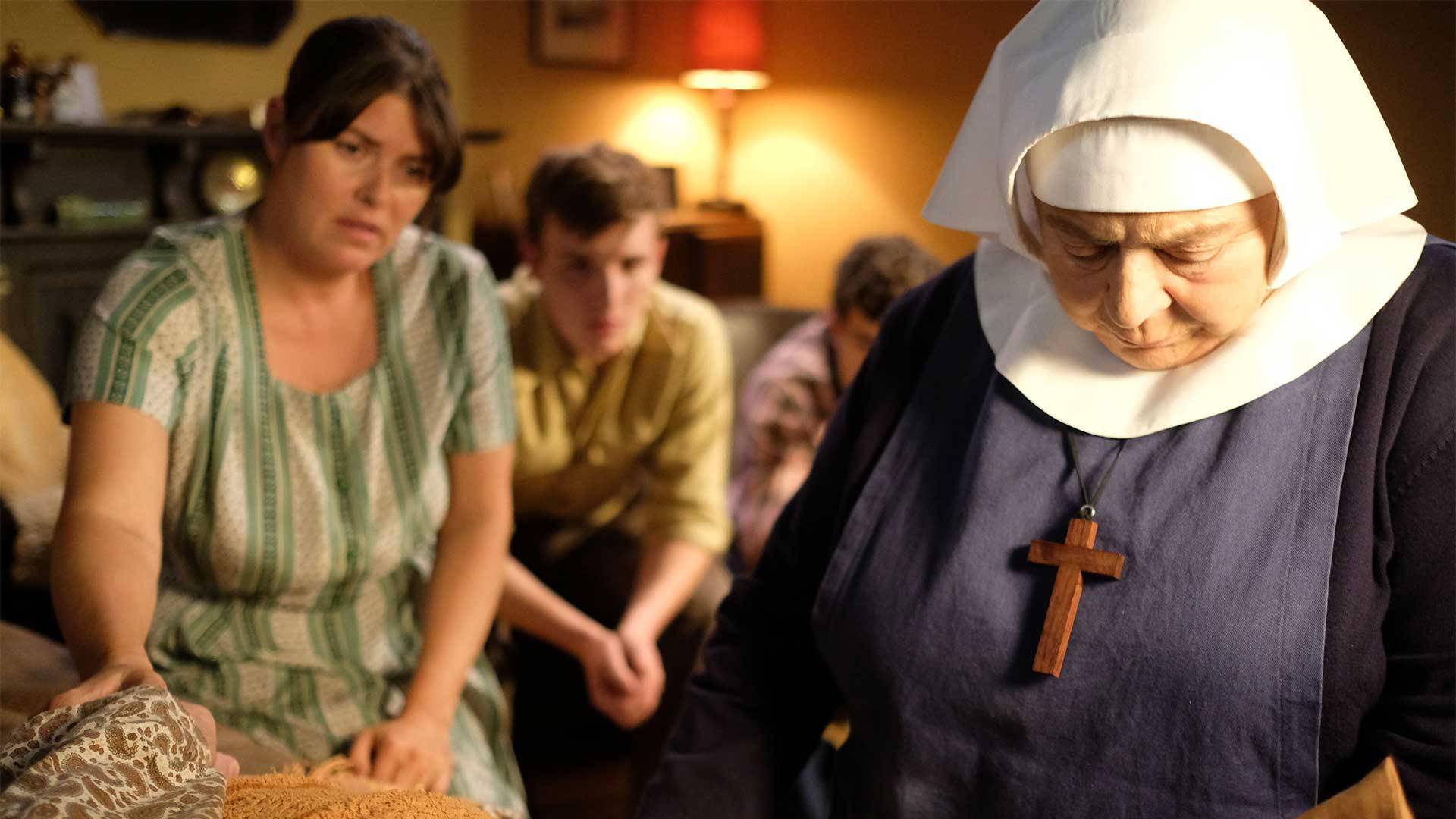 Editor’s Note: The opinions expressed in this blog post are solely those of the author.
Spoiler Alert: This post discusses events in Call the Midwife Season 8 Episodes 5 and 6.

Near the end of Episode 5, Lois Perry’s mother said something that made me smile.  It is a phrase I’ve heard my own mother say all my life.  The last time I heard my 92-year-old mother say it was as I helped her hobble through her living room last week.  I am helping her as she recovers from a broken hip. She accepts help because she knows that together is the only way. “We’ll muddle through.  We will do it together.”

Together the midwives of Nannatus House and the community of Poplar rally to help each other through crisis after crisis, episode after episode.

It was difficult to watch Lois Perry ill-treated during the scene of her exam, as she was so offensively exposed to a group of male medical students and told to “Relax”.  Pelvic exams and PAP smears were a routine part of my responsibilities as a women’s health care provider. Early in my career I learned that sexual abusers often tell victims to relax.  I stopped using that trigger word.  I learned to put the head of the exam table up so we could have eye contact, I always asked permission and explained what to expect.  I reassured each woman I examined that if she needed me to stop, I would.  And I did.  I prided myself on providing care as comfortably and respectfully as possible.  I had women coming to me year after year and following me from clinic to clinic.  As one woman told me,  “ There are two services you will travel anywhere for: a good hair cut and a good pelvic exam.”

With episode 6, this season continues to explore the 1960s expanding awareness of human rights.  With Mother Mildred as comic relief, examples of tragic and painful social change are touched.   An unwed mother breaks free of her family’s disapproval and environmental hazards in the workplace are uncovered.

My career kept me working in both Detroit and neighboring Dearborn. This is home of one of the largest auto manufacturing complexes in the world.  I cared for numerous women who continued to work the assembly lines through their pregnancies.  I often crafted carefully worded requests to supervisors so these women would be allowed sit down breaks and be allowed to go to the bathroom at regular intervals during their shifts.  It was a delicate balance between the health of their pregnancies and the health of their paycheck.

Just as the ship trade of the Thames River is to Poplar, the auto industry is to Dearborn. Nearly everyone derives a livelihood from this one source. In Southeast Dearborn, where the Ford River Rouge Plant and its supporting industries are located, lie the most polluted air and land in our state.  Teachers working in the area get a stipend to pay to get their cars repainted because the pollution corrodes the finish, requiring a new finish every 2-3 years.  There is ongoing study about the impact of this pollution on the population living there.  Like Poplar, the residents of Southeast Dearborn are largely immigrants and low-income families.  Just as the Brittle family of Poplar in 1964, families of Southeast Dearborn must continue to weigh their health against getting a paycheck in 2019.

As the Brittle Family gathered to watch the final breaths of their patriarch, I was reminded of a story my father recently told me.  His father was a farmer in mid-Michigan until promise of a more lucrative job lured him to the Detroit area during the depression.  My grandfather worked for Henry Ford I and then II for about 20 years.  The last 10 years he worked with lead based paints.  In 1958 he was diagnosed with acute leukemia.  My 30-year-old father sat at the hospital bedside and watched his 65-year-old father take his last breath. He believes to this day that the paint chemical exposure caused his father’s cancer.  But he is at peace with it.

My father worked for Ford Motor Company his entire working life and retired healthy after a career there of over 30 years. Our family derived a good living as a result of my grandfather’s decision those many decades ago.  People in Poplar and Dearborn/Detroit expect life to be hard and have risks.  We continue to muddle through, together. What matters is not the struggle but where we find our peace.