Saving the world’s forests lies in recognizing their value while they’re still standing. 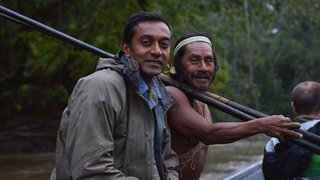 Sanjayan on boat with Waorani.Gaby Bastyra Sanjayan travels into the Amazon’s “Intangible Zone” with a team of scientists who believe it could be the most bio-diverse place on earth. Despite being virtually “off the map” there are still people here: the Waorani, who are fierce defenders of the forest against outsiders. They help the scientists reveal the forest’s deepest scientific secrets. But seeing how people live here without destroying the forest leads Sanjayan to a startling discovery by archaeologists. The Amazon was once home to vast civilizations of people that once made the forest more productive, not less so. And that can still be the case today.

Cork forests make the Mediterranean among the most bio-diverse regions in Europe. Imperial Eagles, cranes and lynx make this a natural paradise. And it’s largely because of human impact. We strip the trees of their bark in order to sustain a huge international demand for wine bottle corks, and this makes the trees and the forest stronger. 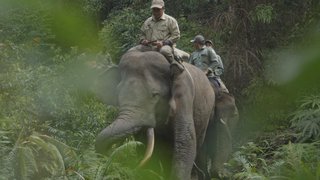 Elephant Flying Squad on patrol.Passion Planet Living alongside the forests is not always so easy. Sumatran elephants are crashing out of the forests, threatening human settlements. The conflict has reached fever pitch, people are on the defensive, and the elephants are now critically endangered. The solution: use trained elephants as elite “flying squads” to drive their wild cousins back into the forest. Not only will this save lives but also means the elephants will continue to support the forest. Sanjayan reveals how even an elephant’s footprint can foster life. 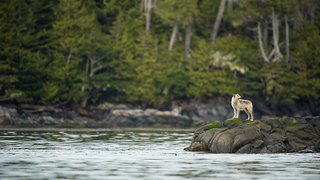 Wolf stands by the river in the Great Bear Rainforest.Ian McAllister In Canada’s Great Bear Rainforest, Sanjayan discovers the connection between animals and the forest goes further than we ever thought. The annual herring spawn gives rise to a wildlife banquet – for whales, wolves, bears and humans. And scientists have discovered that impact of the herring makes its way miles inland to the depths of the forest. Understanding the scale of these connections has led to a historic agreement to protect this forest.

This link between scientific understanding and cold hard cash has given rise to a new breed of natural capital accountants. And they don’t have to come from the city. Deep in the Amazon the Surui tribesmen are switching blowpipes for palmtop computers linked to satellites. Part of their valuation involves measuring the carbon in their trees – and by placing value on living trees, they protect the forest.

Everything Sanjayan has learned about the value of the forests is being put to the test back in the “Intangible Zone." The scientific survey suggests it is the most biodiverse place on earth. But developers have carried out their own survey and found billions of dollars’ worth of oil. Which is worth more? For Sanjayan the hope lies in what he’s seen as he’s traveled the world — the fact that there’s new value to forest whilst they’re still standing.

The Great Bear Rainforest is one of only a handful of temperate rainforests.