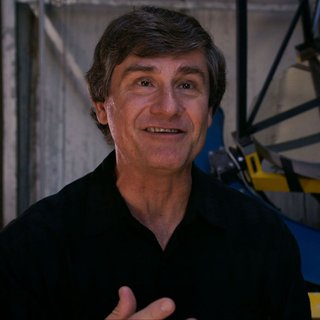 Alex Filippenko is the Richard and Rhoda Goldman distinguished professor in the physical sciences. His accomplishments, documented in more than 800 research papers, have been recognized by several major prizes, including a share of both the Gruber Cosmology Prize (2007) and the Breakthrough Prize in Fundamental Physics (2015).

One of the world's most highly cited astronomers, he is an elected member of the National Academy of Sciences (2009) and the American Academy of Arts and Sciences (2015). He has won the most prestigious teaching awards at UC Berkeley and has also been voted the "Best Professor" on campus a record nine times.

Selected in 2006 as the Carnegie/CASE National Professor of the Year among doctoral institutions, he has also received the Richard H. Emmons Award for undergraduate teaching (2010). He produced five astronomy video courses with "The Great Courses," co-authored an award-winning astronomy textbook, and appears in more than 100 TV documentaries, including about 50 episodes of "The Universe" series. He has given nearly 1000 public lectures and was awarded the 2004 Carl Sagan Prize for Science Popularization. An avid tennis player, hiker, skier, whitewater rafter, snorkler and scuba diver, he enjoys world travel and is addicted to observing total solar eclipses (15 so far, all successful).