A Darker Future for All: the Battle Against Light Pollution 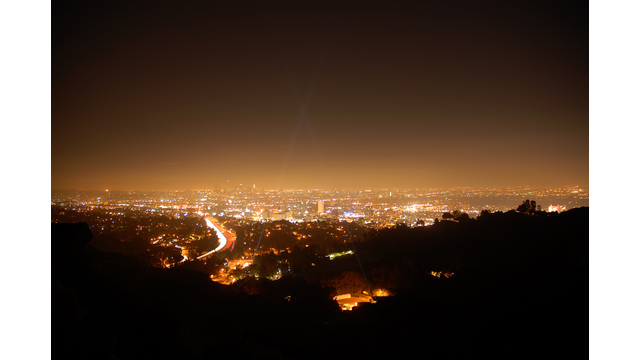 As populations grow, the night sky is getting lighter. A 2001 study estimates that two thirds of Americans and more than 50 percent of Europeans have lost the ability to see the delicate clouds of the Milky Way with the naked eye. Most people in the United States and Europe live in areas that exceed the threshold for light polluted status set by the International Astronomical Union (IAU), and the UN has named 2015 the International Year of Light to promote awareness of the problem.

Research into the environmental and health effects of lighter nights suggests that too much light disrupts the behaviors of humans, plants, and animals — and it poses serious health problems. Light pollution is also expensive. As cities grow, most municipal lighting is wasted, according to the International Dark Sky Association, a body started by astronomers at the National Solar Observatory and National Optical Astronomy Observatory. Unshielded bulbs light the sky and buildings rather than pointing down where they are needed. The association calculates that around 50 percent of all outdoor light in the United States is wasted, costing $3.3 billion and releasing 42 trillion pounds of carbon dioxide every year. Bodies such as the IDA propose an alternative, advocating that lighting be used more intelligently.

The U.S. National Park Service has taken this advice to heart. Karen Trevino, head of the service’s Natural Sounds and Night Skies Division, said seven of the country’s national parks have now been designated under the International Dark Sky Places conservation program. Her department encourages the use of minimal lighting, shields, timers, sensors, and dimmers.

She describes how sustainable outdoor lighting has enriched visitors’ nighttime experience in one particular project: the renovation of the lighting on the huge carvings of past presidents’ faces on Mount Rushmore used in the park’s nightly lighting ceremony. Lighting designers were able to cut energy use and enhance the beauty of both the sculpture and the dark night skies above by experimenting with light levels and ensuring less light escaped.

“The dimmer the lights were, the more detail emerged. Suddenly, you could see the strands of Abraham Lincoln’s beard and the folds of George Washington’s clothing.” 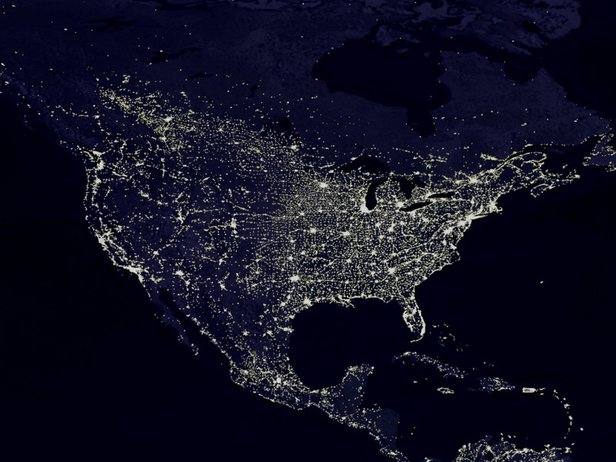 While it is magical to trace the patterns of Orion the Hunter or Cassiopeia on a ranger-led star talk in the Grand Canyon or Acadia National Park’s Sand Beach, urban areas are important targets for light pollution reduction, too. John Barentine, the IDA’s program manager, said that while reducing light pollution and light-related energy use is relatively easy, quick, and cheap, the organization’s greatest challenge is to persuade policymakers that light pollution is a problem in the first place.

“We accept a great deal of intrusion in our lives from technology, and it has become accepted that it is impossible to see stars in the city,” he said. And despite growing evidence to the contrary, people continue to feel as though brighter lighting makes for safer spaces, Barentine added. In fact, “Really strong shadows created by bright spotlights are great places for criminals to hide. Harsh lighting for safety can be counterproductive,” he argued.

But parks, cities, regions, and even nations are increasingly interested in following IDA guidelines — the IDA designated 13 dark sky communities, parks, and reserves in 2014 and is set to beat that record in 2015. Its members also help to craft lighting ordinances. Hawaii, home to some of the world’s most advanced telescopes, has been particularly successful in limiting light pollution. Thanks to new lighting rules, which have just been updated, the observatory on the dormant volcano Mauna Kea remains one of the darkest places on earth, according to Professor Richard Wainscoat at the University of Hawaii. Dark skies are essential for the advancement of astronomy.

“A bright sky makes it difficult or impossible to see a faint object,” he said. “Most of the work we do in contemporary astronomy involves faint objects.” If light pollution goes unabated, telescopes — like the now-retired Mount Wilson 100-inch telescope — become unusable.

At present, the IDA’s activity is concentrated in Europe and North America. But as urban populations grow around the world, dark spaces could become rarer in countries that currently have abundant night sky resources. Barentine believes that the IDA’s next great challenge is to work with policymakers in rapidly growing economies. “How do we convince people in developing countries where light pollution is not a problem not to make the same mistakes we made?” he asked. Giving useful advice without coming across like yet another well-intentioned NGO trying to dictate how a country develops is a tricky balance to strike.

Chile’s dry air and high altitudes offer outstanding opportunities for professional and amateur stargazers, and its experience with attempting to limit light pollution provides a valuable snapshot of a country attempting to balance conservation and development. Recognizing the night sky’s scientific and economic benefits, the country has had national legislation limiting light pollution in the upper hemisphere since the late 1990s.

But environmental considerations can be seen as a threat to economic growth, according to Pedro Sanhueza, director of the Office for the Protection of the Skies in Northern Chile. Growing coastal cities and the mining industry are making it harder to control light pollution. Sanhueza said: “We hope that with more development, these environmental considerations will be perceived more positively. And here in northern Chile, the majority of people are already very happy to help astronomers do their job.”

Additionally, darkness conservation may prove to be increasingly lucrative as industries, such as night sky tourism, grow. Dr. David Mitchell at Missouri State University recently calculated that of the nearly 21 million visitors to national parks on the Colorado Plateau, those who rate the night sky as important and stay overnight inside the park will spend over $2.45 billion, create over 52,000 jobs, and increase wages within communities by nearly $1.1 billion over the next 10 years.

Mitchell’s colleague, Dr. Terrell Gallaway, contends that the preservation of night skies could have even more profound benefits for society. “Keep in mind that the primary benefit of an economic system is not money but happiness,” he said. While economists generally see money, goods, and services as a means of achieving more happiness for more people, Gallaway argues that generating this happiness does not always require producing and consuming commodities. “Reducing light pollution isn’t just about reducing healthcare and energy costs. It is about making people better off without squandering a bunch of our scarce resources,” he said.

While skies continue to get brighter, history reminds us of the importance of our cultural and emotional connection to the stars. Their formations were central to major civilizations like the Incas, helped slaves to find their way north on the Underground Railroad, and sailors to navigate their journeys. This is all to say that the solace found in looking to the skies, their contribution to science, and the stories we tell about the stars need not become a memory.