How to Move Towards a Guilt-free Smartphone 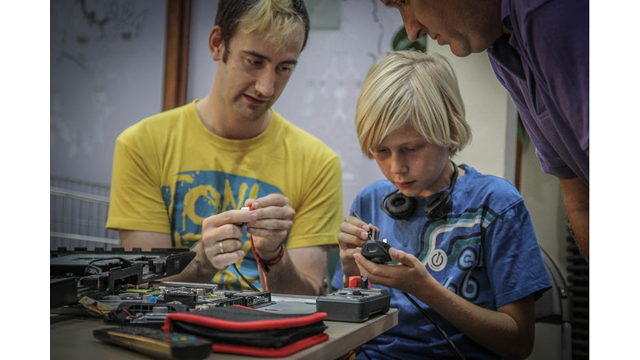 Fixing together at a Restart Party in London
Heather Agyepong

With their sleek, shiny design, you might be forgiven for thinking the latest smartphones landed from space. Perhaps that’s the aesthetic their makers are going for.

But our phones came, initially, from the ground. Materials from all over the world were extracted, combined and, in a vast number of intricate steps, gradually fashioned into a phone and sold to you. People performed all these actions, even if the odd robot helped. And then, when you’re finished with the phone, it’ll return to the ground in a way, too, and play a role in the mounting issue of e-waste. 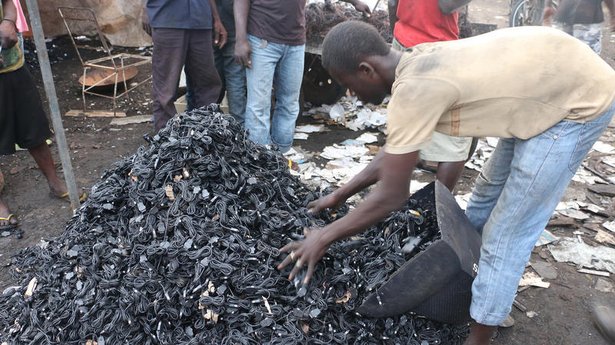 Collecting chargers and using a monitor as a bucket, from a 2014 Fairphone research trip to Ghana exploring e-waste.Fairphone 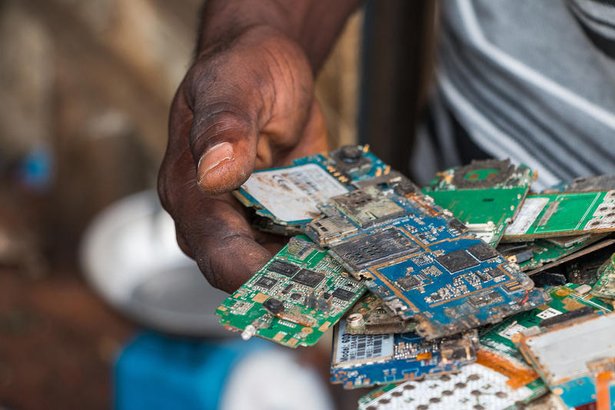 Even if we know of this reality, it’s easy to keep at the back of our minds. And few of us know its exact details. Indeed, the supply chains are so complex and abstracted that phone manufacturers themselves struggle to understand the full process.

As Andrew Bloodworth, head of science for minerals and waste at the British Geological Survey put it, “There’s a lot of ignorance along the supply chain. How you trace metals through the system might sound easy, but it isn’t.”

Campaign groups like Global Witness argue that the trade of natural resources like gold, tin, tantalum and tungsten — key to many electronic devices, including phones — plays a role in funding brutal conflicts. They want companies to practice greater “due diligence” — or, at the very least, find out where the metals they use come from.

It’s not just the metals; it’s labor conditions, too. In 2012, “This American Life” worked with storyteller Mike Daisey to explore the production of Apple devices in China. The stories Daisey told were shocking. But it turned out they were just that —stories, with a few holes. They did not meet the journalistic standards of “This American Life” so the program issued a lengthy retraction.

The retraction was less dramatic than the original but in many ways more interesting. The truth isn’t straightforward, but neither does it necessarily exonerate Apple nor its customers. Part of the problem is how little effort any of us puts into understanding the phone-building process and how hard it is to do so when we actually try. Which is also why Daisey’s creative retelling was especially problematic — he clouded the issue even more. 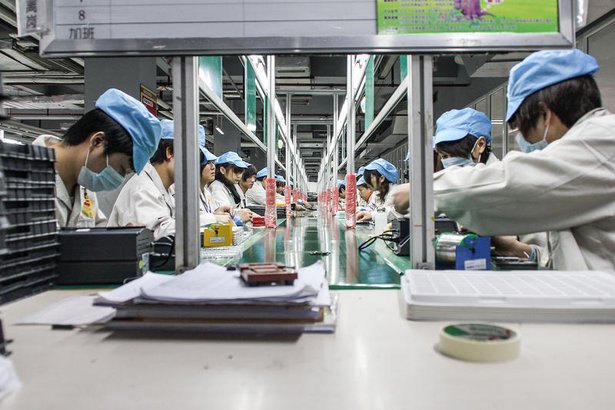 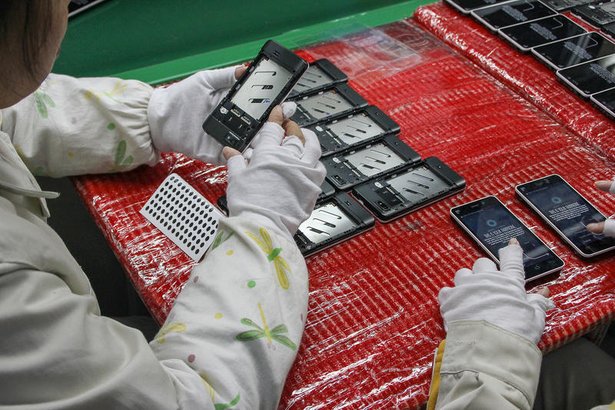 Amsterdam-based social enterprise Fairphone wants to show that it’s possible to produce and sell a phone that cares about human rights and the environment. The phone it’s made is not perfect, but it’s getting there.

“The supply chain behind phones and other electronic products is just so complicated and there is such lack of transparency. Only by being a part of it [can you], step by step, open it up and understand what’s going on there,” Fairphone public engagement lead Daria Koreniushkin told me. “By producing a phone, we could increase the scope of our activities and address the whole supply chain: not only mining, but also manufacturing, life cycle, design.”

It’s not just the way phones are made. It’s also the rate at which we go through them. Fairphones are designed to last and to be repaired. That being said, the most ethical phone is probably the one already in your pocket.

The Restart Project was set up in 2012, organizing a growing global network of pop-up repair parties. In a room inside a community center or similar venue, local people turn up with a range of slightly battered domestic devices — cameras, radios, phones, hair dryers, toasters, TVs — with a cohort of fixers on hand to help them see what can be repaired. 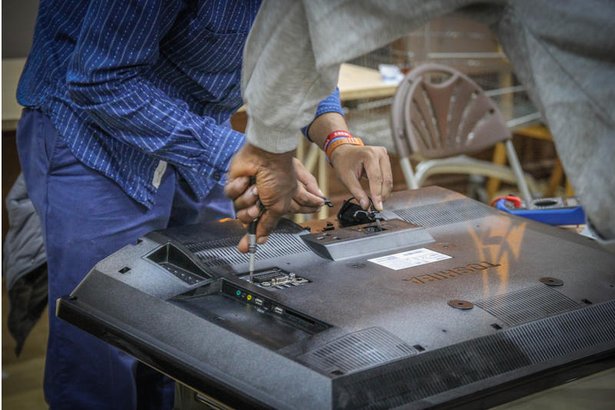 Opening up a black box at a Restart Party in London.Heather Agyepong

When I visited a Restart Party last year, it was clear how hard it is to fix things. Even experienced fixers would download manuals and piece together very partial bits of information about different devices. The crowdsourced repair guide iFixit helped at times but not always. Sometimes reparation involved not just looking at the device in question, but also tracing its multiple components. The complex systems which go into producing our consumer electronic devices mean fixing them can be a bit of a jigsaw-puzzle process.

It was also striking how reticent people were to fix things and how lost they feel when something stops working. Even if they wanted to, something held them back. “There is a real culture of fear of opening stuff up. They need permission. So we give them permission,” Janet Gunter of the Restart Project told me. “Even when we don’t fix stuff it’s a huge learning opportunity. Also, it’s just fun … People feel empowered.”

A few months on, and Gunter says the Restart Project is increasingly concerned about the ways in which electronics are bought, sold and owned, as well as how they are made and disposed of.

“How many people do you see going around with smashed screens, putting broken glass to their ears because they can’t be bothered or it doesn’t make sense to them to fix it?” she asked.

She points to a recent report from the U.K.’s Citizens Advice Bureau, which outlines how confused customers can be over whose duty it is to fix a phone if something goes wrong. It’s hard to know what to do if something breaks. It’s too easy to hide it in a drawer and buy a new one. 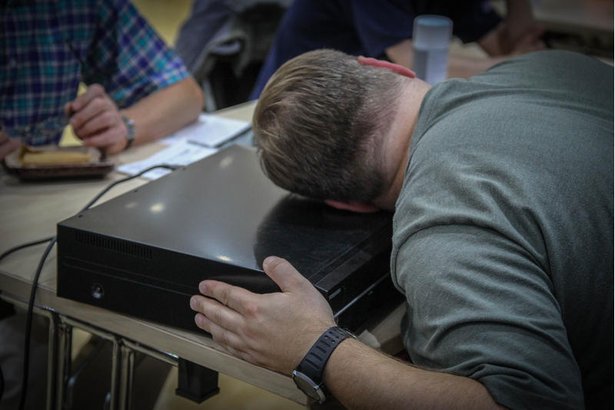 Having a listen at a Restart Party in London.Heather Agyepong 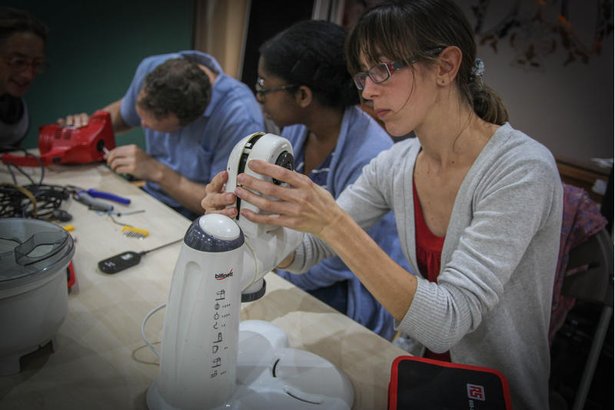 Looking inside everyday electronics at a Restart Party in London. Heather Agyepong

Friends of the Earth campaigner Julian Kirby said he finds it sobering that something as resource-intensive as a phone has become such a disposable object, something we only expect to keep for 18 months. “We’re in an era where phones are treated as disposable goods,” he said.

Phone-recycling is growing, though, he added, but it’s still not especially high. “We’re a long way from getting phones — or the stuff inside phones — back into the system.”

Too many old phones are still sitting in drawers, but recycling isn’t the simple solution for absolving the sins of over-consumption. As Andrew Bloodworth of the British Geological Society explained, “We put metals together in ways nature doesn’t, which makes it hard to recover.” Moreover, there’s a tension between resource efficiency and what the industry calls “lightweighting” — making a device as lightweight and small as possible — as it’s technically and economically hard to remove small amounts of minerals.

Kirby worries that we put too much responsibility on the shoulders of the consumer here. “Yes, we all have to do our bit. We all have to change how we behave and we all have to be more efficient. We do have to think about our consumption habits, our shopping habits, how hot we wash our clothes in the washing machine and not leaving the tap on when we brush our teeth. Sure. But there’s a limit to which that’ll have an impact.”

Smartphones, he said, are a classic example of this problem, because there are so many different ways in which a smartphone might worry a consumer — from labor conditions in factories to the biodiversity impact of just one of the myriad of materials that goes into it — too many, arguably, to keep track of.

Kirby wants to see governments take a lead and change laws. So “the 90 percent of us who just don’t have the time or the headspace — often for good reasons — to really look into the stuff before buying” don’t have to worry. “You and I aren’t product designers. We’re not supply chain managers, and most people aren’t either. They can’t be expected to know about this stuff,” he said.

Echoing an attitude similar to Fairphone, he explained that his organization, Friends of the Earth, is not anti-phone in any way. Phones are just an aspect of consumer culture most of us touch every day, possibly several times an hour. “They are a brilliant bit of technology. They have enormous benefits,” he argued, referring to medical applications, as well as simply how they help connect many of us on a day-to-day level. “Phones are good things. There is nothing wrong with the product. It’s how they are made that’s the issue,” he said.

Modular phones, like the Phoneblocks Project, are one exciting option. Google plans to pilot one in Puerto Rico later this year. Still, the fix won’t be entirely technological. We need to change business models and cultures of use.

One such model increasingly touted by resource efficiency advocates is the shift toward a sense of leasing and sharing, rather than outright ownership. For example, rather than buying a washing machine, you rent one. The machine itself belongs to the washing machine company, which will repair it as needed. Then, if it does need replacing it’ll not only be the company’s responsibility to reclaim any reuseable components and materials but in its economic interest, too.

Janet Gunter of the Restart Project said, “On one hand it’s an opportunity, this idea that millennials don’t want to own things ... ” but added that there are always people whose economic situation means they can’t afford that sort of month-to-month commitment.

There is also a question of whether we’ll be good custodians for these objects if we are further distanced from the responsibility of them. I remembered Gunter’s point about how many people walk around clasping broken glass to their ears. Also, none of this necessarily ensures the products are made without conflict minerals or bad labor conditions. A leasing and sharing economy could be just as dysfunctional as the one we have. Indeed, it could be a lot worse.

I look down at my own phone, sitting on the table taping interviews. It has a clear crack in one corner — it hasn’t yet spread to the whole screen and still works OK. But part of it is smashed.

I feel guilty. I keep meaning to fix it with a blob of Sugru but haven’t gotten around to it. The truth is, I am slightly scared to, even though I know that is silly. I also know I could just get a shiny new upgrade.

The phone’s not the only thing in need of repair: the whole network of social, cultural, economic and technological systems for dealing with it are, too.