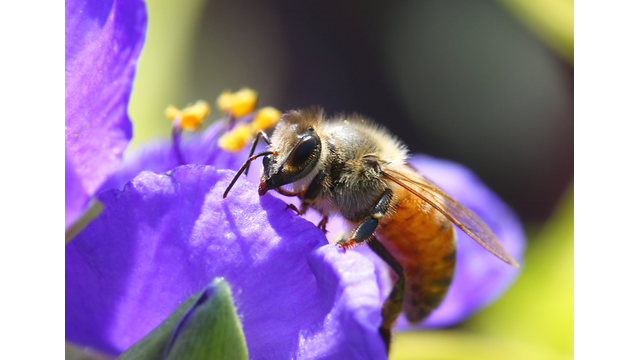 Around the world, urbanization is destroying many of the green areas that wildlife depend on for survival. Even where parkland is deliberately preserved in a city, isolated animal populations trapped in these parks suffer from inbreeding and reduced genetic diversity.

But there’s a solution. Cities across the globe are building wildlife corridors, allowing animals and insects the ability to migrate between different areas, interbreed, and find the resources they need to survive. Here are six schemes that let animals coexist more happily with their human neighbors.

Jaguar conservationists in America have proposed an interconnected system of refuges and corridors that run from the United States, through Mexico and Central America, into South America. The Panthera organization, which is linking existing habitats so that jaguars can roam and breed while avoiding human activity, is at the project’s helm. While some of the corridors are as small as a line of trees along a fence, they connect small, protected preserves where the animals can stay and hunt for a day or two, rather than stalk livestock.

An ambitious project in Europe is hoping to turn the route of the former Iron Curtain into a green corridor, connecting national parks and nature reserves from the northernmost point of Europe to the Mediterranean sea. The route runs along the Russia-Finland border, down along the coast of the Baltic States, through Germany, Austria, and the Balkans. Since these border zones were largely closed to public access for several decades during the Cold War, they’re fairly undistured by human activity.

One of the species most at risk from urbanization is the bumblebee, which — along with other pollinators — depends on agricultural areas. In urban environments, the bees can struggle to find flowers rich in nectar. In Norway, where six out of the 35 native bumblebee species are close to extinction, the capital Oslo has created a bumblebee highway: a corridor of flower pots on balconies and rooftops that run east to west through the city, with a “pollen station” about every 825 feet. Members of the public can use an app to find gaps in the feeding chain, which they can then help to fill.

U.S. President Barack Obama recently unveiled a plan to create a butterfly habitat along Interstate 35, a federal highway that runs from the Texas-Mexico border almost to Canada. Monarch butterflies undergo a multi-generational migration along this route, laying eggs and dying along the way, leaving their young to finish the journey. Federal agencies will prioritize projects to create spring and summer breeding habitats along the highway, as well as to educate local populations about the importance of the butterflies.

Tigers are one of the most endangered animals in the world, but things are looking up for the big cats thanks to intensive conservation efforts. Among them is an effort to link up the two remaining populations of Amur tigers in Russia and China with a 180,000-acre wildlife refuge between Russia’s Sikhote-Alin Mountains and the Wandashan Mountains in China. There are only 400 Amur tigers left in the wild, but that number is up from just 40 in the 1930s. Hopefully, this corridor will help to usher in the species’ return.

Finally, the city of Solihull in Britain is asking its residents to chop holes in their fences to allow for hedgehogs to scurry through at night. The population of hedgehogs in Britain, thought to be 36 million in the 1950s, is now less than a million due to growing urban populations. The animals can cover nearly two miles in a night, but often garden boundaries impede their progress. Hedgehogs can pass through a hole as small as a CD without hindrance, controlling the populations of common garden pests along the way.