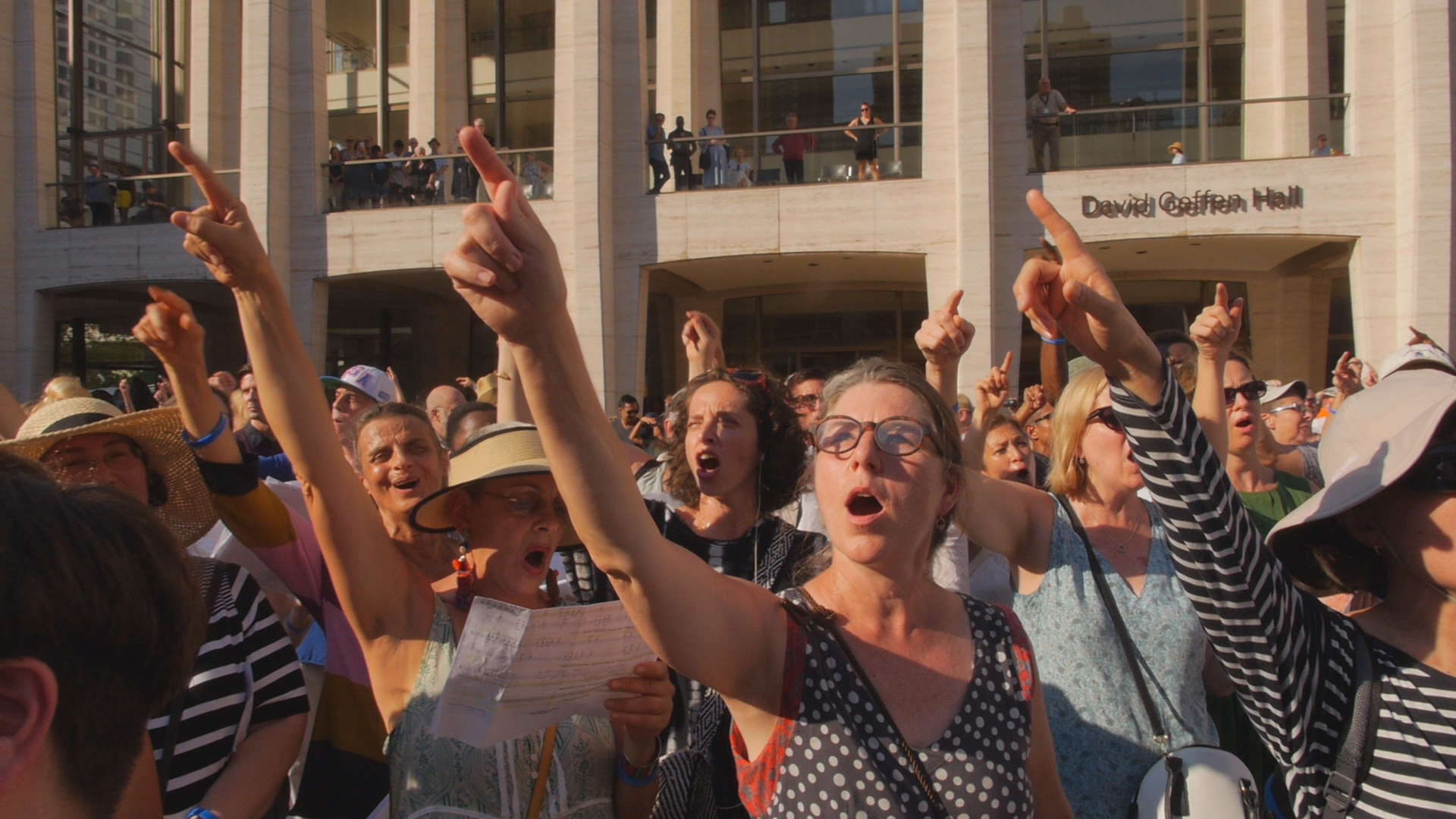 On the hottest day of the year in August 2016, over 800 singers, ranging from professional vocalists and choral members to indefatigable volunteers from every walk of life, gathered together with over a thousand spectators around the iconic fountain of Lincoln Center for an unforgettable event celebrating the meaning of community. Watch the complete world-premiere performance of David Lang's monumental work, the public domain, conducted by Simon Halsey. High quality headphones or properly placed stereo speakers are recommended.

Read what New York Times music critic Anthony Tommasini had to say about the public domain. 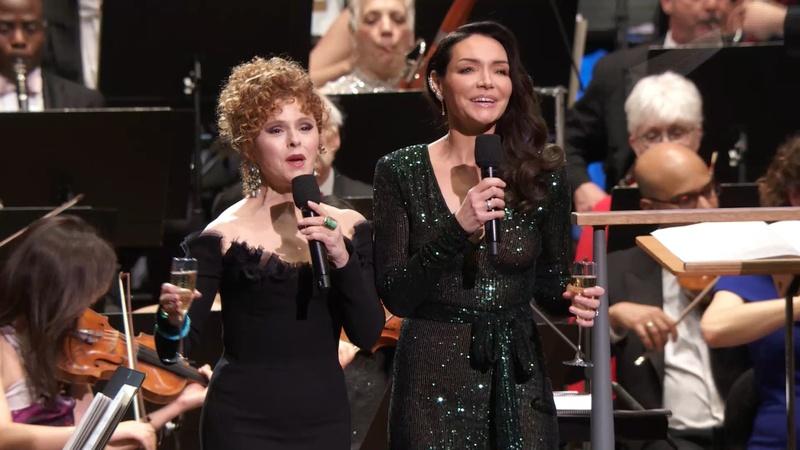 Explore the dazzling orchestral world of one of America's foremost composers.

The New York Philharmonic celebrates the dazzling orchestral world of Stephen Sondheim. Conducted by Alexander Gemignani and hosted by Bernadette Peters, with special guest vocalist Katrina Lenk (2018 Tony Award™ winner for “The Band’s Visit”), the concert will feature several of Sondheim’s most beloved works, including suites from "Sunday in the Park with George," "Into the Woods," and "Sweeney Todd," performed with all the excitement and bold harmonic sophistication of one of the world’s great orchestras. 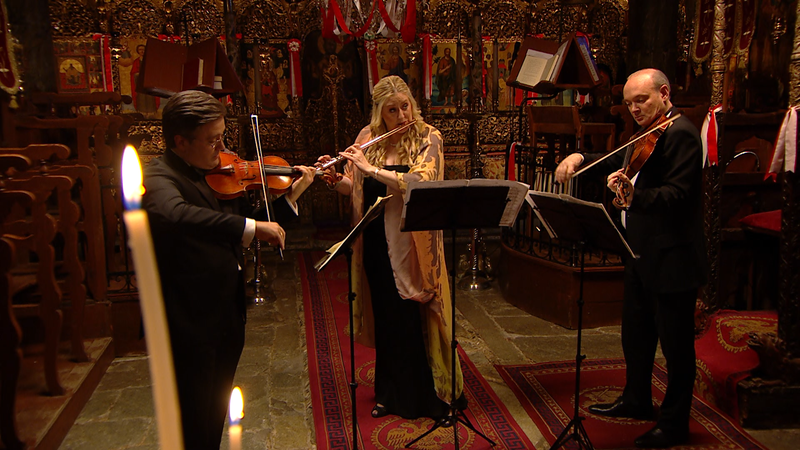 The extraordinary musicians of CMS travel to Greece, birthplace of the Classical ideal.

A hidden jewel of a Greek Orthodox Church on the slopes of Mount Pelion.

The musicians of CMS indulge a different side of the brooding master's music.

Ancient Greece – land of Homer, Aristotle, Sophocles and Plato – is commonly described as the birthplace of the Classical ideal. Celebrating this legacy, the Chamber Music Society of Lincoln Center (CMS) takes its world-class, high-spirited musicians to Greece, performing works that embody the essence of classical music.

In iconic settings like the First Ancient Theatre of Larissa, the historic Church of Pammegiston Taxiarchon at Pelion, and the newly opened Stavros Niarchos Foundation Cultural Center in Athens, this remarkable ensemble performs pieces by Bach, Beethoven, Debussy, Ravel, and the contemporary Greek-American composer George Tsontakis – culminating in a triumphant version of Mendelssohn’s Octet. The film also offers a sumptuous taste of Greece itself, exploring the history, mythology and ideas that have inspired classical music for centuries. It’s an Odyssey that classical music lovers won’t want to miss.

Produced in association with CMS and ERT: Hellenic Broadcasting Corporation.

Read more about this adventure in a special Program Note from the producer. The flutist and founder of the International Contemporary Ensemble (ICE) premieres a new work.

The music of this adventurous composer receives a crackling premiere via subwoofer sound.

Lincoln Center's Mostly Mozart Festival celebrates 50 years of memorable moments in classical music with both a look back and a look ahead. Signature performances of Mozart's first and last symphonies by the Mostly Mozart Festival Orchestra, led by music director Louis Langrée, and an early piano concerto performed by Richard Goode, anchor a program that also reminds us that the legacy of Mozart is alive and well, leading the adventurous toward fresh new possibilities.

Learn more about the Mostly Mozart Festival in the Program Notes. 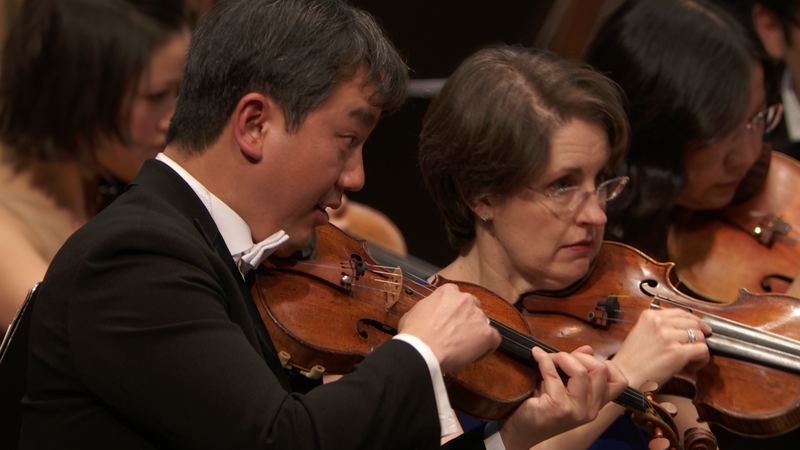 A New Year’s Eve tradition continues with the New York Philharmonic, led by new music director Jaap van Zweden, welcoming opera great Renée Fleming for a festive evening of music. From the waltzes of Johann Strauss II to musical pearls from Stephen Sondheim and film composer Alexandre Desplat, Fleming and the Philharmonic conjure all the elegance and sparkle of a night at the Ball. Kelli O’Hara hosts a night which also celebrates the 60th anniversary of Lincoln Center. 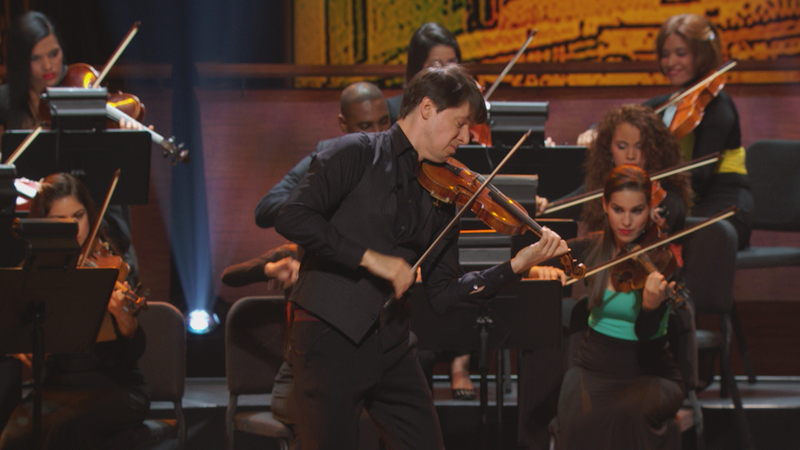 The virtuoso violinist treats us to a taste of Cuban music and culture.

Nominated for the 2017 Emmy® Award for Best Musical Director, David Lai. In the spring of 2016, a delegation of performing artists embarked on a groundbreaking adventure – to the shores of Cuba, a historic gesture designed to “extend the hand of friendship to the Cuban people.” One of the trip’s ambassadors was the celebrated violinist Joshua Bell. Joshua has now brought the magic of that cultural encounter back home to the U.S. He's joined by the celebrated Chamber Orchestra of Havana, Dave Matthews, and other special guests including the "Poet of Havana," Carlos Varela. A teacher’s hopes for her son clash with an educational system rigged against him.

"Providing Enough Space": A panel discussion on ending the school to prison pipeline. Filmed on September 24, 2018 at the Cinepolis Cinema in Chelsea, NYC.

"Everybody Has a Story"

Namir Smallwood plays Omari, a high school student who wrestles with his identity.

"The Best Kind of Gut Punch"

The cast and director of Pipeline share what they hope audiences take away from the story.

"What kind of adult just stands there...?"

"The Glue of the School"

In Lincoln Center Theater's riveting production of a play by Dominique Morisseau ("Ain't Too Proud: The Life and Times of the Temptations"), Nya Joseph (Karen Pittman) is a dedicated, inner-city public high school teacher who is committed to her students’ achievement, while she sends her only son, Omari (Namir Smallwood), to a private boarding school. When Omari is involved in a controversial incident which threatens him with expulsion from his school, Nya is forced to reconcile Omari’s rage, her own parental decisions, and the public and private school systems, as she rallies to save her son.

FROM "STARS IN CONCERT," SEASON TWO 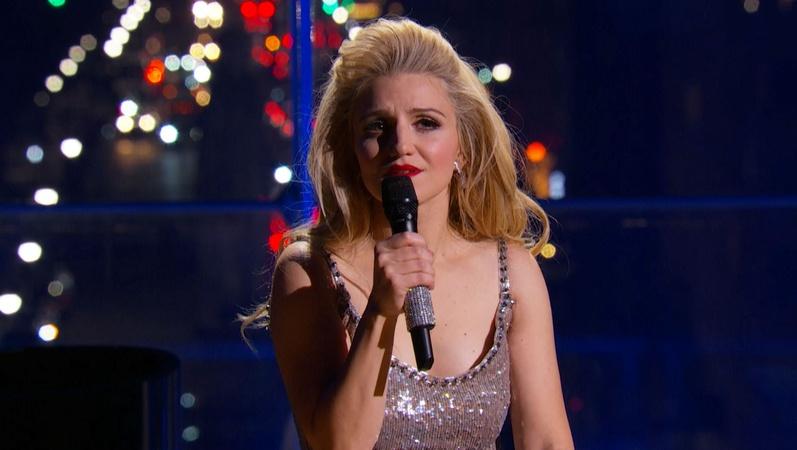 The versatile performer gives a serious and soulful twist to this Seventies mega-hit.

Cynthia Erivo: A Collection of Voices

Cynthia Erivo reflects on her setlist and the artists who made her who she is.

Inside Look | Stars in Concert

FROM "STARS IN CONCERT," SEASON ONE 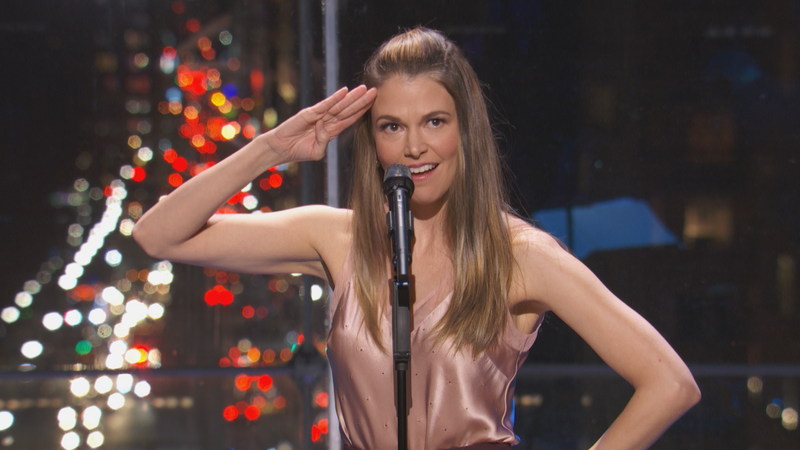 The two-time Tony Award winner charms America with songs from Broadway and beyond.

The adventurous musical artist shows us how he does it in this milestone concert.

The show-stopping performer brings her singular wit and artistry to Lincoln Center.

The wry performer reveals his many sides in this dazzling concert special.

Web Exclusives!
Check out this selection of bonus performances and short features from the current season.

Find out more about Lincoln Center for the Performing Arts.

Richard Tucker at 100: An Opera Celebration

Curtain Up: The School of American Ballet Workshop - Encore

The 2014 Tony Award winner proves why he's one of Broadway's best-loved performers. As a companion to February 8th's PBS premiere of Pipeline, CLICK HERE for an education guide, created by Lincoln Center Education. 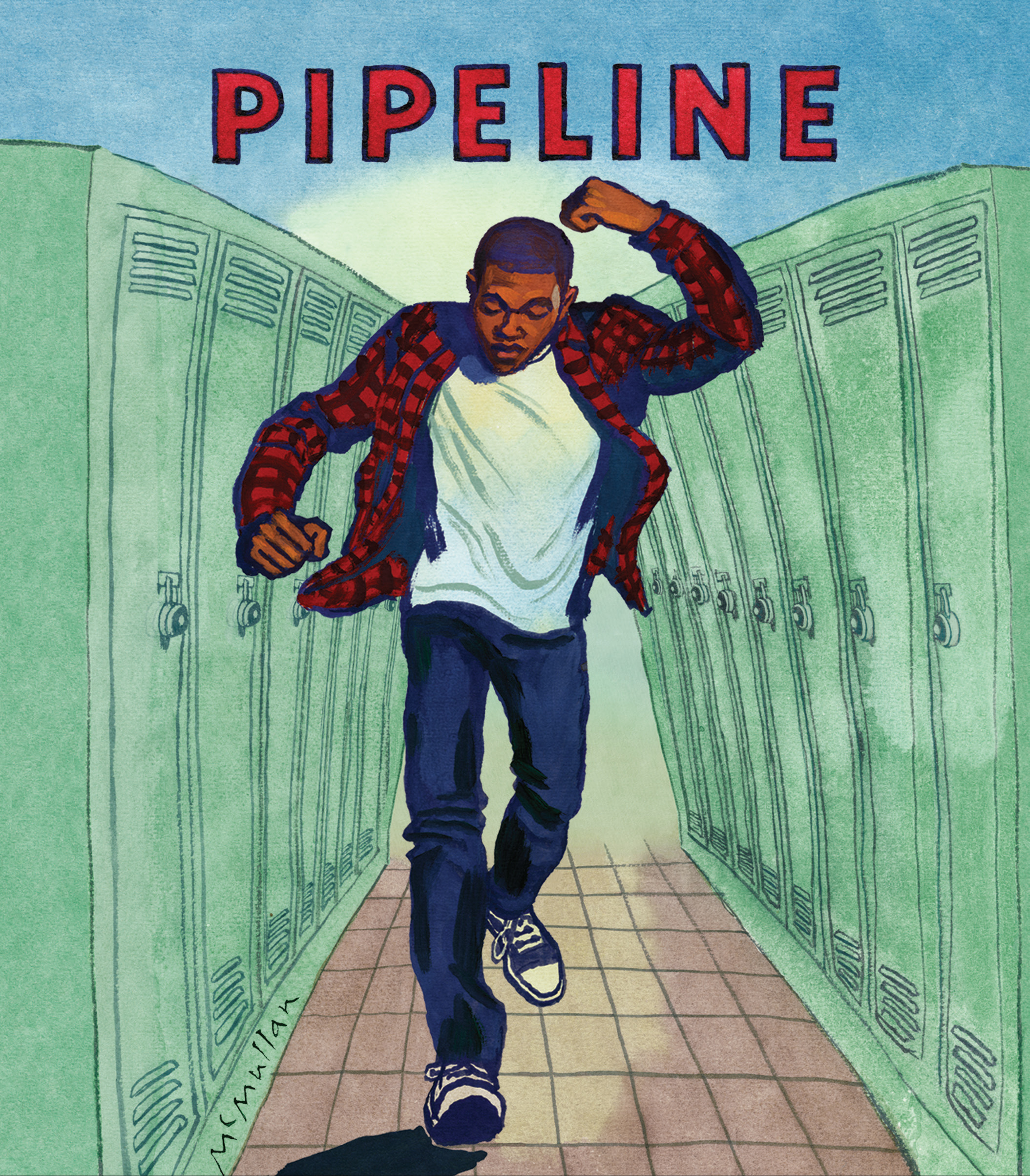 For additional interviews and performances from featured artists, and to learn more about what happens at Lincoln Center, visit the Live From Lincoln Center Video Gallery.

Sinatra's Legacy in Multiple Voices
The stars of the PBS special tell why the legacy of Sinatra lives on.
Revisiting the Past in Kern & Hammerstein's Show Boat
Cast members reveal their thoughts on interpreting a controversial historical masterpiece.
Drop-Dead Fashion
Fans get into their Sunday beast for "Danny Elfman's Music from the Films of Tim Burton."
Andrea Martin: Beyond Second City
Even for this versatile actress, playing multiple roles isn't as easy as it looks.