After years of searching, Dave Johnson reunites with Bruce Grable. Johnson speaks with PBS and reflects on the day this courageous pilot saved his life in Vietnam. 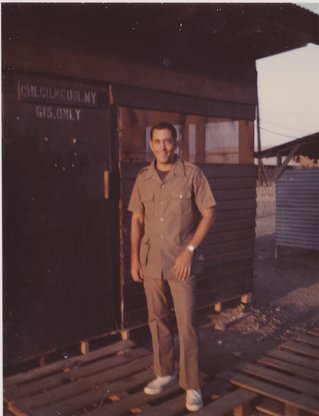 PBS: You recall the first time you saw Bruce Grable once the Chinook had finally landed after your rescue. What was running through your mind when he departed that day? Did you always have a mission to find him again?

Dave Johnson: When we landed at the airstrip at Moc Hoa after the rescue, I remember meeting Bruce and the other pilot on the ground. We exchanged only a few words and, of course, I thanked them and the crew for saving our lives. The feeling I had was primarily one of profound relief - and gratitude. When they left on another helicopter for their base, I probably thought I would likely never see them again, since we weren't in the same unit or located at the same or a nearby base.

Although I often thought about them and the rescue in later months and years, I wouldn't say I had a mission to locate Bruce for several years. I was busy with the Army assignments I had and, of course, my family. It was probably in the 1980s that I tried to find out where he might be. We didn't have Google or even the internet then, so I tried a phone call and a letter or two, but to no avail.

PBS: During your journey, we see your emotional reaction when Bob Fousek calls you to let you know he has found Bruce’s contact information, the final link to him before your reunion. What was that moment like for you?

"The DFC is an award only for aviators and awarded only for unusual acts of bravery while flying in combat."

Dave: Actually, after all the interviews and filming up to that point, I thought you must have located him or his family. However, learning from Bob his actual location and contact information eliminated any doubt, and I knew we were going to see Bruce very soon. I was excited and wanted to get to Atlanta as soon as possible.

PBS: After your time in Vietnam, you recommended Bruce for the Distinguished Flying Cross, but you relay to Ann Curry that you weren’t sure what came of this. Later, when you reunite with Bruce, he shows you the framed DFC. What did it mean for you to see this and to see that he was honored in this way as you had hoped? 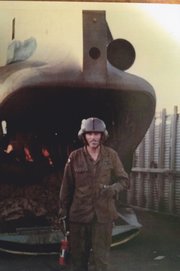 Dave: Regarding the DFC, I actually wrote up the recommendation for the award within a day or so of the rescue. I had asked Bruce and the pilot for their full names and service information before they left Moc Hoa that day so I could include it on the recommendations. Because we were not in the same unit, there was no way I could follow up to see if they had been approved. Also, the process for approval sometimes took several weeks or more. When I left Vietnam in December I had no idea if the recommendation had been approved or not. When I saw in Atlanta that he had the medal, framed, and with him, I knew that it meant a great deal to him.

The DFC is an award only for aviators and awarded only for unusual acts of bravery while flying in combat. Therefore I was very pleased to learn that it had been approved. In this whole process of telling the story and going to all the places with [the PBS and Blink Films] crew, my main objective was not to just reconnect with Bruce, but to honor him and his crew for what they did. I have often said that they came to our rescue not because anyone ordered them to, not because anyone requested them to come in -- or even suggested that because they were not too far away that they might consider coming in. They came in totally on their own initiative. They voluntarily put their lives in serious danger to save ours. And they didn't even know us!

"They voluntarily put their lives in serious danger to save ours."

PBS: When you reflect on how Bruce’s act of bravery impacted your life, you often mention your family and the life you were able to lead with them, including children, grandchildren and a long marriage with your wife Judy who we also hear from throughout the show.

How did it feel for your two worlds to connect in this way and to be able to introduce Bruce to Judy and witness this interaction? 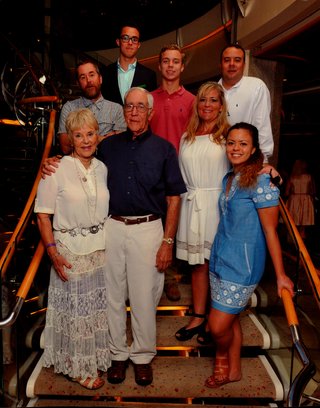 Dave: I am convinced that if Bruce and his crew had not come to our rescue we would have surely been killed or captured before the sun went down that day. There was no way we could have successfully defended ourselves in that position, and there was no way were could have escaped the huge open area, made it through the treelines and reached the river, much less made it across back into Vietnam.

So, Judy would have not seen me ever again, and we have no way to speculate on how her life and those of our children would have been from then on. I can only be forever grateful and blessed to have survived and to have had all these wonderful years together with them, their spouses, and our grandchildren.

I think Judy expressed it best when she first met Bruce in the park in Atlanta. She said: "Thank you, Bruce, for saving Dave's life, and for saving my life as well.” I had tears in my eyes at that point. To have reconnected with Bruce without Judy being there would not have been nearly as fulfilling or meaningful.