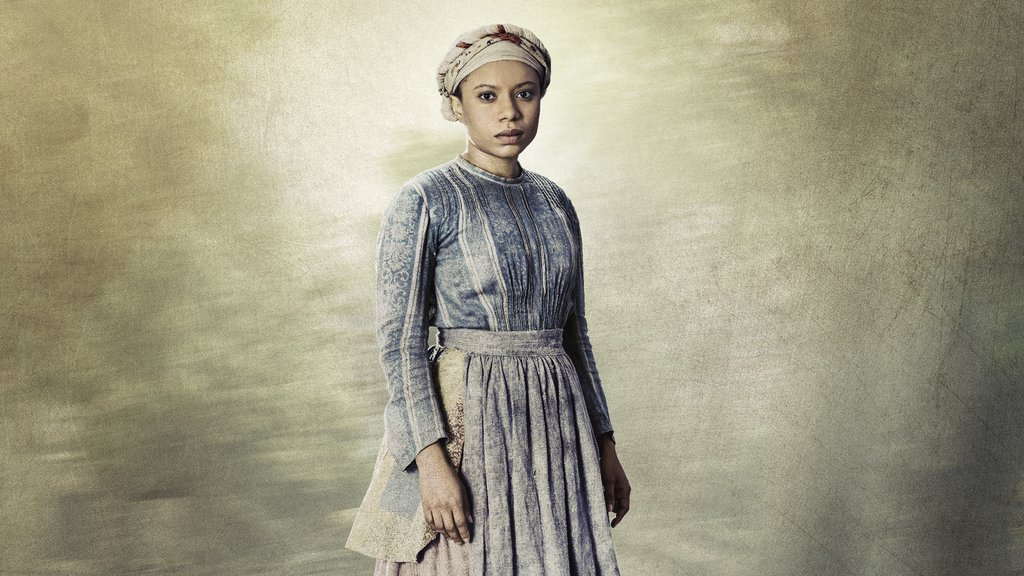 Aurelia Johnson is a young “contraband” (escaped slave) employed as a laundress at the hospital. She has seen and endured things as a house slave on a southern plantation that she tries to bury deep within. Her life here is not much better than the one she fled. There is an undeniable romantic pull between her and Sam Diggs, although it is complicated by her involvement with the steward, Silas Bullen. Aurelia is single-mindedly focused on a goal that she believes can only be accomplished with the help of Silas and his many shady connections and illicit activities.

Shalita on Aurelia in Season 1:

I would describe Aurelia as a woman who is trying to live her best life in spite of society and incredibly complex personal challenges. She is a free woman, but freedom for a lot of ex-slaves was not truly freedom without family. So she comes to Mansion House and reaches out to this man to help her, and he takes advantage of her. Then she meets a man who is free and black and capable, and it seems like it could be viable, but there are just so many things that keep it from being so.

My relationship with Samuel is unfortunate. It is fraught. He is so open and so generous and wants to love her, and she can't because if she does she could lose everything.

Shalita Grant can be seen in the highly anticipated new season of “NCIS: New Orleans” in the recurring role of Sonja.

She made her Broadway debut playing Cassandra in Vanya and Sonia and Masha and Spike, for which she earned a Tony Award nomination for Featured Actress in a Play and a Theatre World Award for Outstanding Broadway Debut. Off- Broadway includes originating V&S&M&S at Lincoln Center; The Philanderer (Pearl Theatre); Measure for Measure, The Winter’s Tale and Merchant of Venice (The Public). Regional theatre at The McCarter and Huntington Theaters, among others. Other film and television work includes “The Good Wife,” “Battle Creek,” “Bones,” “Melissa & Joey,” “Empire Corner,” “Invisible,” Rehearsing a Dream (Academy Award nomination for Best Documentary). She is a graduate of the Julliard School and affiliated with NFAA Arts.