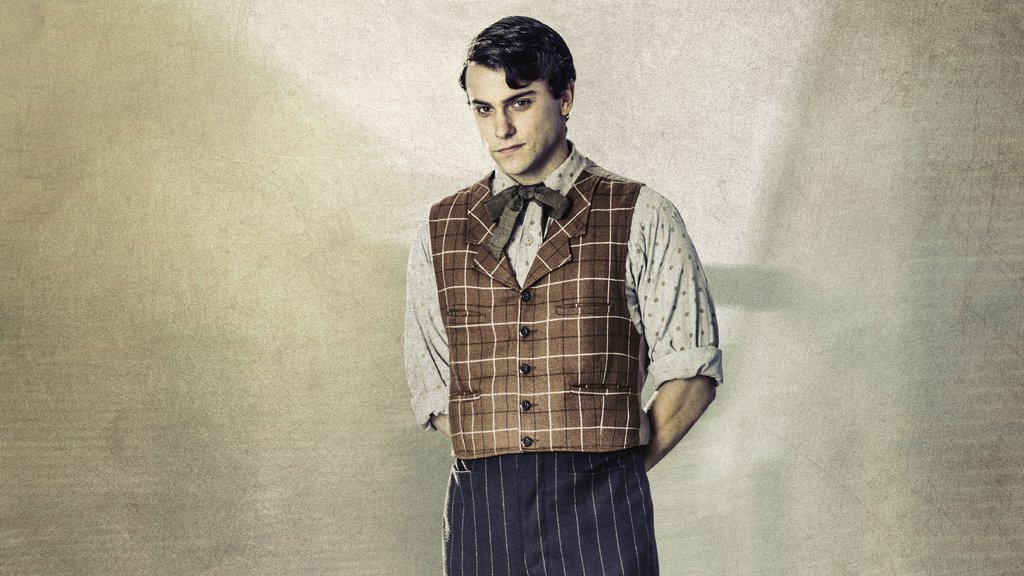 Frank Stringfellow is a dashing, idealistic and ruthless Confederate scout and spy, as well as Emma Green’s beau. Unbeknownst to his beloved, he is on a covert mission in Alexandria disguised as a dental assistant and is caught up in the thrill of intrigue.

In Season 1, Frank attracts the attention of the Knights of the Golden Circle, a secret pro-slavery society dedicated to annexing a “golden circle” of territories, including Mexico and the Caribbean, to the Confederacy.

This season, he is under heavy scrutiny following the failed assassination attempt on President Lincoln, and famed and dogged investigator Allen Pinkerton is on his case. As the pressures on him grow, Frank must confront what the war is forcing him to become and reconcile it with his feelings for Emma. Pretending to be other people has provided Frank plenty of cover, but now the rising stakes are making him think about who he really is.

Based on a real person | Benjamin Franklin Stringfellow may have been small in stature, but his Civil War legend looms large. Standing only 5-feet-8-inches and weighing in at barely 100 pounds, Frank Stringfellow’s military career was nearly over before it started.

Jack on Frank in Season 1:

A big word that we’ve been using to describe Frank is fanatical, and I think that was in line with the times. There was this sort of energy that these young men felt, and that's why they ran to enlist, and they wanted to fight. They wanted to go to war. I think they soon found out how horrible the war really was.

I saw a lot of that fanatical energy in the letters between him and Emma that I was able to find at the Virginia Historical Society right in Richmond. I think there was this tension in our story between his allegiance to the cause and his love for Emma. The fact that I was able to hold those letters in my own hands was pretty insane, and really made me realize how real the story is that we are telling.

Jack on Frank in Season 2:

I love Frank’s passion. I think one thing we have to remember as we are making this show about the Civil War is that these boys really believed in what they were fighting for, whether we see it today as right or wrong. Frank was an incredibly passionate person, an incredibly passionate soldier and an incredibly passionate lover who had this amazing life with Emma Green. That is something I feel like I can really connect with, that tug of war we see between the cause and Emma, and a man being torn in two different directions.

Jack Falahee has quickly established himself as a highly sought-after young actor. He currently stars in ABC’s hit drama series “How to Get Away With Murder” opposite Viola Davis. Falahee has garnered high praise from critics and fans alike for his portrayal of the ruthless and sexy “Connor Walsh.” He was named a breakout star of 2014 by BuzzFeed, Entertainment Weekly and The Wrap.

Falahee fans! Do you have a question for Frank Stringfellow aka Jack Falahee?! He's here to answer your Mercy Street PBS...