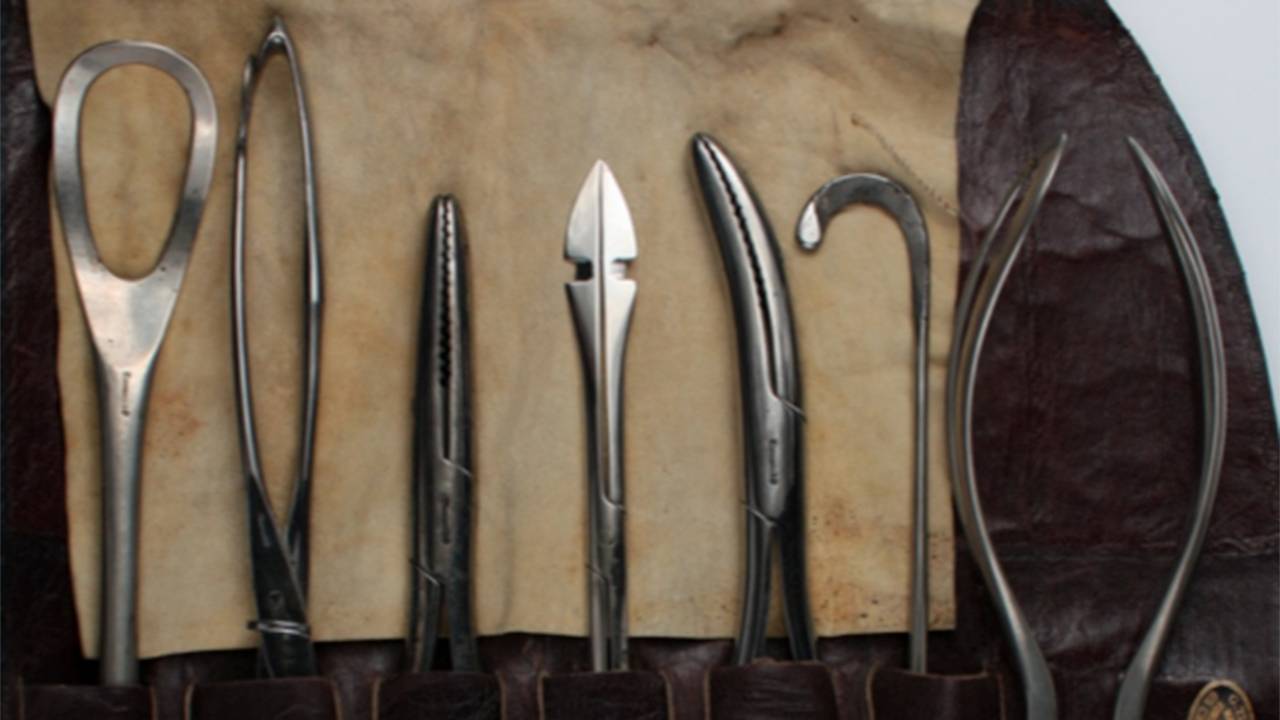 In this blog post, Dr. Tizzano details the evolution of operative gynecology and abdominal surgery.

The evolution of operative gynecology and abdominal surgery is a fascinating story whereby original theories and procedures fall from favor only to be resurrected and popularized by subsequent generations. Prior to the nineteenth century, an inadequate understanding of anatomy and misconceptions regarding physiology plagued the best of practitioners. Moreover, despite a surgeon’s technical savvy, early attempts at abdominal and pelvic surgery were often foiled by an ignorance of germ theory, lack of sterilization, no anesthesia, faulty suture material, inadequate instrumentation and suboptimal exposure and illumination. As a result, any consistent success eluded most surgeons until well after the mid-nineteenth century. Lacking these essential adjuncts, only the most intrepid and self-assured surgeon undertook an occasional abdominal surgery. One such surgeon, embroiled in the medical and surgical calamities of America’s Civil War, is Mercy Street’s leading man, Civilian Contract Surgeon, Dr. Jedediah Foster.

The Civil War created a pressing demand for surgeons capable of performing speedy amputation of limbs, who had knowledge of anesthesia, and who used pain-killing medications, mainly morphine and opium, to address the immense suffering associated with devastating injuries. Most surgeons during the Civil War period had neither the luxury nor the opportunity to cross the Atlantic to train alongside renowned French or British surgeons who were the product of well established formal training followed by lengthy surgical apprenticeships.

Foster is an intriguing exception as his patient-centric passion for medicine has taken him far and wide, to Philadelphia and Paris, where he’s studied with the best minds in the profession and has had occasion to observe eminent surgeons perform a variety of novel and ultimately successful surgeries. As a result, he recognizes that a central problem to attempts at abdominal surgery was inadvertent puncture of the peritoneum (a thin membrane lining the interior abdominal walls and covering the abdominal organs) which, given lack of sterile conditions, could result in infection and probable death. In consideration of this he understands that a retroperitoneal approach to abdominal and pelvic organs was required to avoid this problem.

In the case of Aurelia Johnson who sustains a potentially fatal injury during attempted abortion, Foster is faced with brisk vaginal hemorrhage, which he appropriately determines is the result of perforation of the lower uterus and damage to branches of the uterine artery. While a robust uterine blood supply is a necessary blessing for the developing fetus it, is a bloody curse for the surgeon faced with its uncontrolled hemorrhage. Again, Foster is the benefactor of his training abroad, recognizes the source of the bleeding and knows what must be done to control it. Accordingly, he understands that he can control the uterine blood supply by exposing and ligating the anterior division of the internal iliac artery which gives rise to the uterine artery. Moreover, he understands that this particular artery can be accessed without entering the peritoneal cavity and once exposed an Aneurysm Ligature Carrier can be delicately employed to pass a suture ligature about the vessel, and once properly secured, arrest the bleeding.

Once preparations are made and general anesthesia with chloroform is given, Samuel Diggs, with Foster's guidance, commences with a scalpel to make an incision six inches in length just to the left of superficial vessels in the abdominal wall (the epigastric artery and vein). Having divided the underlying tissues and abdominal muscles, he detaches the peritoneum with the utmost care from the psoas muscle and pushes it gently inwards and upwards until the appropriate arterial branch emerges and is identified. Feeling its pulse, he isolates the artery with his index finger and with a grooved director and aneurism needle, passes the ligature beneath the vessel and secures it firmly but gently. Pausing for a moment, he notes that the hemorrhage subsides almost immediately. Confident that he has addressed the appropriate vessel, he finishes tying the ligature and closes the wound in layers and applies an appropriate dressing. Anesthesia is discontinued and in a short while Aurelia awakens, grateful to find that she is alive and well. 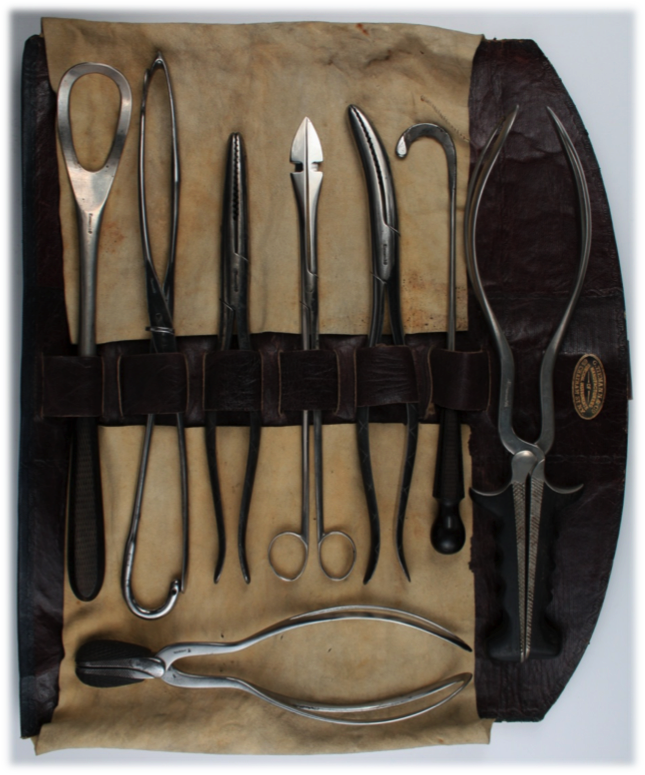 The Contents of this Tiemann Obstetrical Role includes (left to right):