A Day in the Life of a Stills Photographer

Last Updated by Erik Heinila on 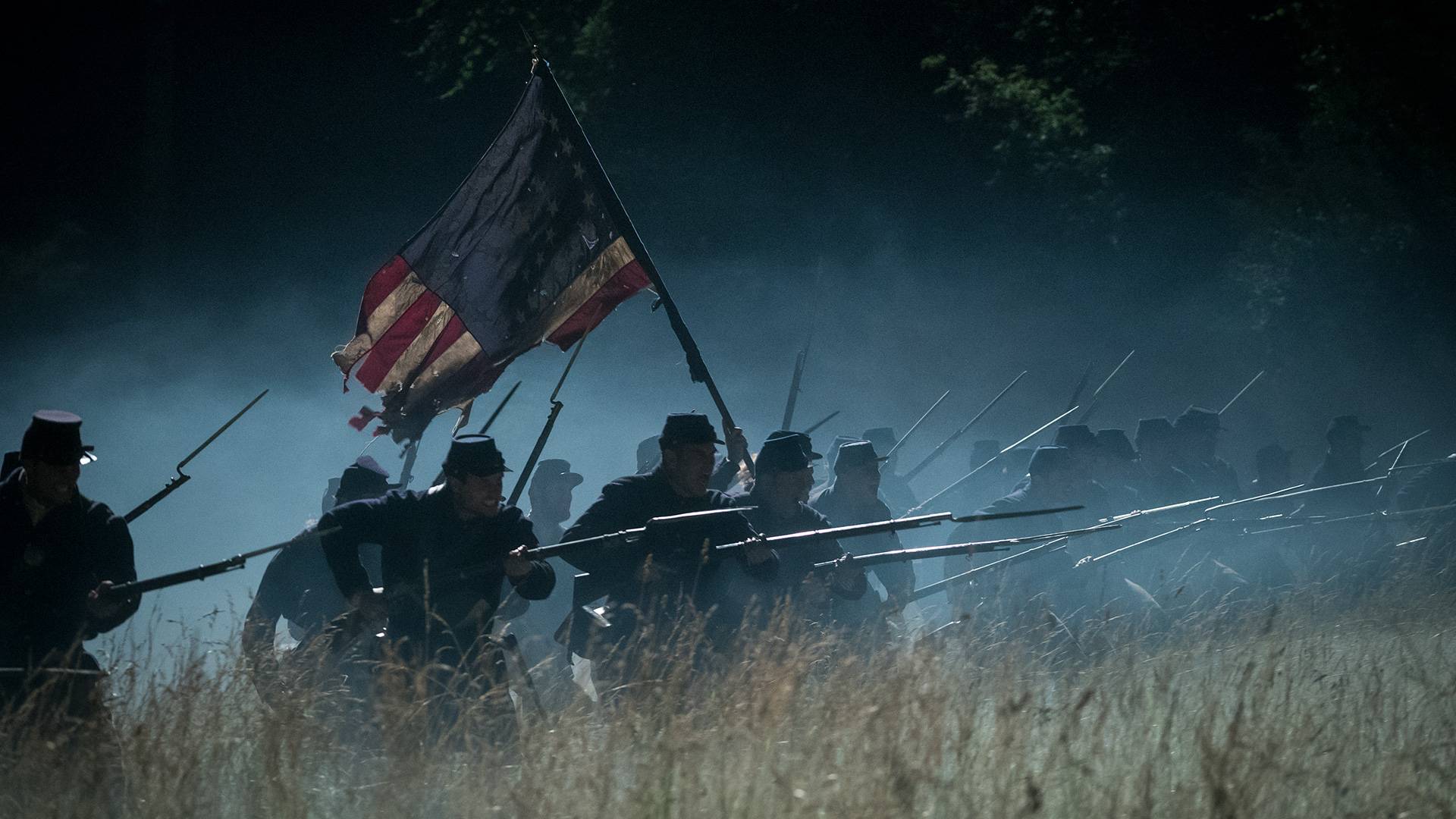 The main challenge of shooting still photographs on any film set is to never, not ever, interfere with the making of the movie. The current cost of producing even a modest TV film is roughly $175 a minute, so I have to capture the frozen essence of a scene right as it is being filmed, without disturbing any of the film crew, distracting any of the actors, or making any sound whatsoever – and that includes my cameras, which must be muffled with special equipment. The rest of the crew can be seen, but hopefully not heard; the “stills guy” mustn’t even be seen, especially by the actors. To facilitate that, I only wear black when I’m on the set.

Unlike most of the other crew members on a film set, the stills photographer is a one-person operation. That means you must purchase all your own equipment (the equivalent of a small camera store), maintain it meticulously, pack it with motherly care, then fly it or ship it to every location with faith that none of your treasures will get broken, stolen, or lost. Oh, and don’t forget to pack a fast computer, preferably one with a large monitor for viewing and processing the thousand-plus photographs you’ll be taking every day. Finally, be prepared for any possible kind of weather, which means bringing everything clothing-wise and figuring out something to keep your cameras from getting wet. 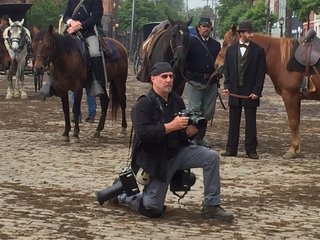 Erik Heinila on Set While none of my cameras got wet on the set of Mercy Street, rain did turn the Civil War locations into a muddy mess, and that was a challenge because there was no place to set anything down. Each day I had to carry everything I could with me because my car was miles away in “crew parking.” My first order of business on the set was – as always – to get near the 1st Assistant Director (the guy who runs the set) and listen in on what was going to happen in the day’s first scene, where the movie cameras would be placed, and what the action was going to be. I had already read the script, of course, but directors often shoot scenes much differently from what you may have first imagined.  When I was lucky, the scenes would get rehearsed and I could use that time to identify likely “money shots” – the dramatic moments that tell the story. When the director called “Action!” I was ready to capture it all – wide-angle shots, medium shots, close ups -- all in both vertical and horizontal formats, all without missing any of the action, all without making a sound. But the real pressure was on when I had to capture that all-important kiss – not the actual kiss, of course, but rather the moment just before their lips touched….

Great dialog between great actors can win awards, but photographs of dialog seldom win anything. Nevertheless, I must always make sure the actors look fantastic and that there are no crew members or equipment in any of the images. I also need to be sure to get lots of candid shots of the director, the producers, and the VIP visitors so they can be shared on social media. I always want to take a break after the first scene is complete – but wait! The 1st AD is about to explain the next scene, so I’d better hoist all my gear and hustle on over there. That’ll go on for about the next 12 hours or so. But, hey, I get a 30-minute lunch break.

Back at the hotel I can look forward to a quiet evening of downloading hundreds of photographs, renumbering them all, picking out the best ones, putting those in the “selects folder,” running all those through a program to correct the color and density (in other words, to make them look better), then transmitting them on a slow hotel internet to the photo editors (this should take all night), and if I hear nothing, it’s all good; if I hear back, then there’s room for improvement. Oh, look, it’s one a.m., and call time is at 6. Sweet dreams. I get to do it all again tomorrow. 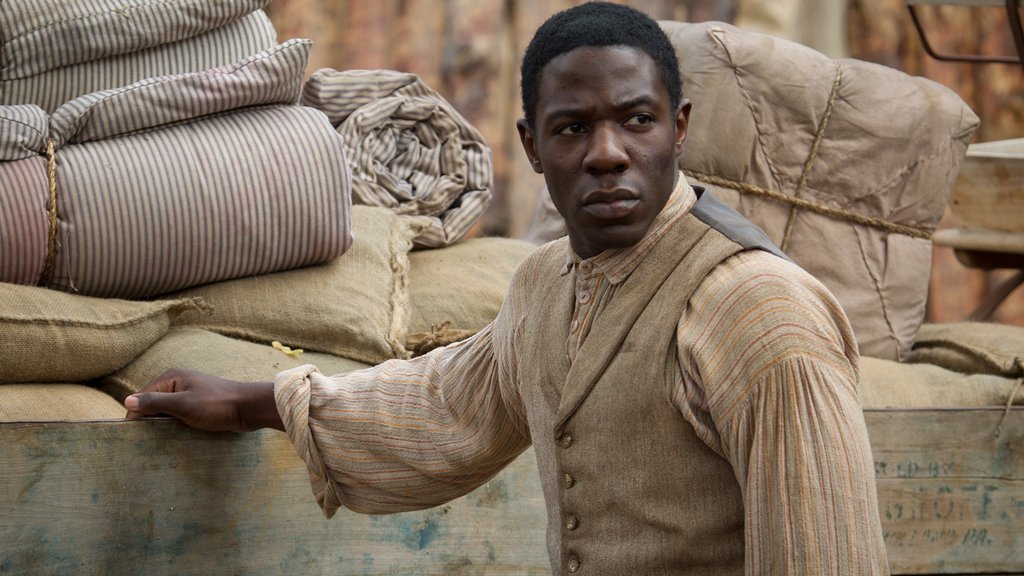 Samuel Diggs in an Upcoming Scene from Season 2PBS/Erik Heinila

Go on set of Mercy Street Season 2 and see behind-the-scenes photos of the stars and crew.