Last Updated by Chad Darnell on 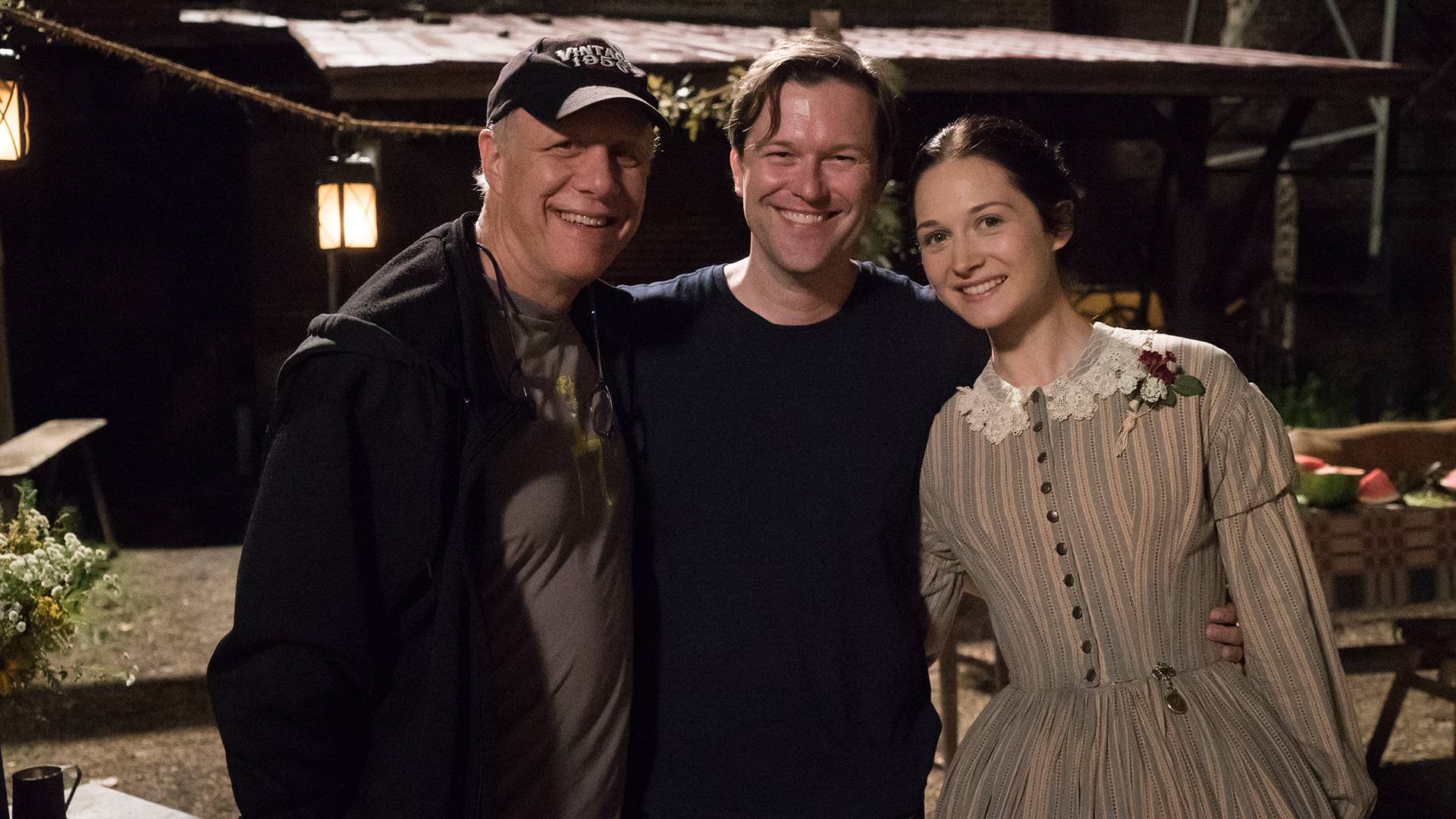 It’s our last day of filming for Season 2 of MERCY STREET. It’s very humid and the sky can’t decide if it wants to rain or not.  (It seemed to rain every day we were outside this season…)  We had a 7:00 AM crew call (the time the crew is to report for work) and at lunch we had shrimp and oysters.

A little over a year ago, I was living in Atlanta when I received a phone call from David Rosemont, one of the executive producers of MERCY STREET. He asked me if I was interested in working in Richmond and 24 hours later, I was going over photographs with Roxann Dawson, the director for the first three episodes.  Roxann and I worked for years together on CROSSING JORDAN and it was as if no time had passed.  I went back to Atlanta, packed up my life in a pod, and headed to Virginia with a few suitcases and my computer.

I love Richmond. For the past two seasons, I’ve lived in the same guesthouse in “The Fan,” about two miles from our hospital set and two miles from our Production Office. There are little markets on side streets and some of the best food I’ve ever tasted. My car has only been towed once for street cleaning. You can walk everywhere and the weather is beautiful.

I’ve cast over 100 television shows and feature films in my 25 years in the industry and MERCY STREET is one of my favorite projects because of our set family. Our Richmond crew is tight-knit and talented. Most of us returned for Season 2 because of our family. We have great producers, whose doors are always open.

In casting background artists (or what most people call “extras”) for a period show, I have unique challenges I didn’t have on MAGIC MIKE XXL. For instance, ladies have to be a certain size because of the period costumes. Their hair has to be a natural color and a certain length because we didn’t have fire engine red or bobs in 1864. For the men, the hair needs to be long, but not too long. It really helps to have facial hair. They have to be a certain size as well because of costumes. Did I mention we are in the tattoo capital of the world? Didn’t have a lot of those back then either. I’ve been in nearly three car accidents for pulling over when I see an amputee on the street. 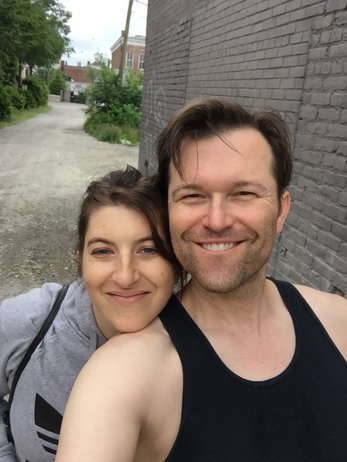 Chad Darnell with Tara Summers The Richmond community is extraordinary.  We never lacked for amazing faces and hard workers. Our “core” hospital staff and patients put in many, many hours and always with smiles on their faces. This season we introduce the “contraband” into our world and the incredible individuals who came together to be a part of those scenes will wreck you.  We had children performing as contraband children who made grown men cry.

Every member of the crew is integral to the look of the show. From props, to costumes, set decoration to lighting. After two seasons, we are a well oiled machine and we speak in code.  We can speak in hand signals. We can speak in a look.

With so many local crew members from Virginia and surrounding states, we all feel a duty to share an honest depiction of the southern history. We all have different stories and different experiences that we bring to the table. And we all want to do it right. You will never understand the level of research that goes into each episode. We all do our individual research, Lisa Wolfinger (our incredible leader and creator) has lived in this world for years as she worked to bring it to the screen, and we have numerous on-set historians and advisors. We are constantly learning and that’s not something you get working on an Adam Sandler movie.

We love our jobs.  We love our stories and this season the scripts will blow you away.  I dove through the first three scripts in one sitting.  Where season one introduced you to these beautiful characters, season two sets them free and oh, the places they go!  Expect the unexpected.  There is so much story and so many surprises.

Hundreds of fittings.  Hundreds of hairstyles.  Swimming pools of fake blood.  Hours of interviews for featured parts.  Exhaustive searches for singers.  But never have I been a part of a show that is so rewarding to watch your work on a daily basis, sharing it with nearly a hundred other people giving it there all.

I’ll miss Pilates with Tara Summers. I’ll miss seeing our amazing costume department every day.  I’ll miss our “head of hair” Deborah Ball’s hugs. I’ll miss our caterers at lunch. I’ll miss Tim (our 2nd Assistant Director… because finding a great 2nd AD is like finding a unicorn) and our entire AD staff.  I’ll miss my assistant, Kendall Cooper, who kept the ship afloat every day. I’ll miss working with the actors on taping their auditions for their next projects and seeing their excitement and vulnerability.  I’ll miss our Production Office staff. And I will really miss seeing the faces of our leadership (David Rosemont, Danny Schneider, David Zabel and Lisa Wolfinger), because they make me want to be a better casting director. I will miss our stories, because in our characters and within the pages of our scripts, I’ve found beauty in humanity and after the tragedy in Orlando and the senseless acts of violence we see every day, is a reason to get up every morning and go to work.

I will not miss being chased by large black snakes that I am convinced are trying to kill and eat me, but that's a story for another time.

We are grateful to Richmond, the Virginia Film Office, and the thousands of people who were a part of this journey over our past two seasons.

In the morning I will move to Savannah, where I am currently casting a feature film and in a week, I will fly back to Richmond to finish casting another film that will begin shooting here next month.  But for the first time in a year, I will be able to hang my own photos on a wall in my own home and not a hotel or a guesthouse. The first picture to go up will be our crew photo.

We are fans of the show. We can’t wait to share this work with you and we hope that you will continue to tell your friends and engage us on social media.  Thank you for supporting public television and PBS.

And we hope we get to do it all again next year.

He currently lives in Savannah, GA.