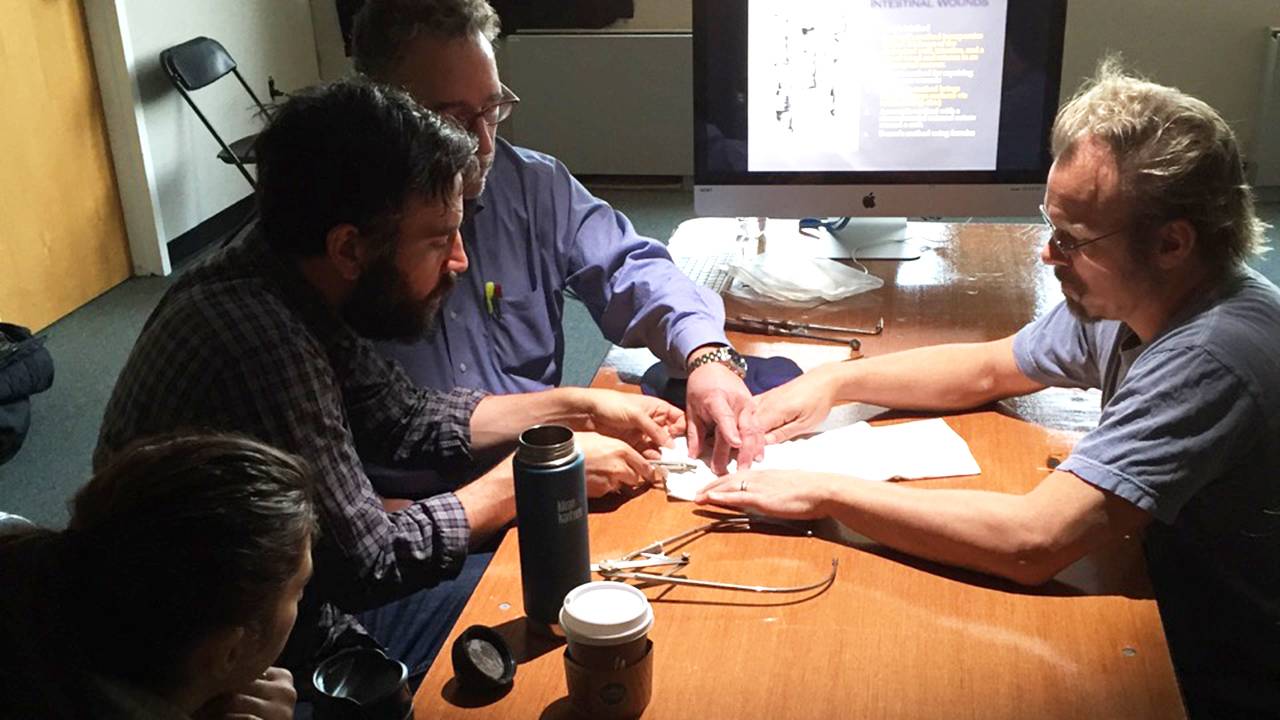 We kick off the first of Season 2's blog posts with a look at Mercy Street Doctor School. Season 1 blog contributor Dr. Anthony Tizzano is back, this time serving as Season 2's Medical Technical Advisor. In this post, he takes us through his experiences with Doctor School, teaching Mercy Street's lead actors how to accurately portray 1860s physicians and nurses.

Anthony P. Tizzano, MD, FACOG is on the clinical faculty of obstetrics and gynecology at Case Western Reserve University and Cleveland Clinic’s Lerner College of Medicine.

When approached by Mercy Street's Co-Creator and Executive Producer Lisa Wolfinger regarding advice on some medical history questions, I was both flattered and intrigued. "I can do this." I thought, "after all, I’m a surgeon who has been collecting medical antiques as well as speaking and writing on historical aspects of pelvic surgery for the better part of twenty-five years." However, I had scant experience in television production and no real notion of what might be required of me. Importantly, leadership at the Cleveland Clinic values the humanities in medicine, and thus, afforded me time to participate. Before I knew it, a meeting was scheduled and I was on my way to Richmond, Virginia to discuss Season 2's episodes with the production team.

I arrived at Mercy Street’s production headquarters appropriately situated in downtown Richmond’s magnificent Old City Hall. Once there, I was introduced to the production team that had assembled in the “Idea Room,” a ballroom-sized room with its walls adorned in an astonishing assortment of period images and details related to various scenes. I soon felt immersed in another time and place as we settled into discussion of an upcoming episode. The team’s passion for historical accuracy quickly became apparent as we read through the script and methodically labored over the specifics of each medical scene. Clearly, despite past experience, I would need to prepare thoroughly to deliver the sort of quality detail required to satisfy this level of discrimination. It was with this in mind, that the idea of “Doctor School” was conceived as a means for effectively presenting medical principles and techniques to the writers, actors and directors as well as to the special effects and props experts.

The PowerPoint presentations I compiled were comprised of images and details gleaned from period sources. Ideally, I hoped to convey an appreciation for the anatomy, medical judgment and surgical technique required to successfully address the medical scenarios portrayed by Mercy Street doctors and nurses. Ever present was the issue of plausibility as we tended to lean towards cutting-edge techniques, rather avant-garde for the period, in consideration of Dr. Foster’s experiences abroad. Among others, I relied heavily on the beautifully executed plates found in the anatomical and surgical atlases of Bourgery and Jacob. This work chronicles the entire repertoire of surgical practice and anatomy during mid-19th century France and serves as a basis for multiple other works of the period including, the U.S. Army Medical Department’s Illustrated Manual of Operative Surgery. Despite review of as many primary sources as possible, there is always the potential for some error due in part to artistic liberty. 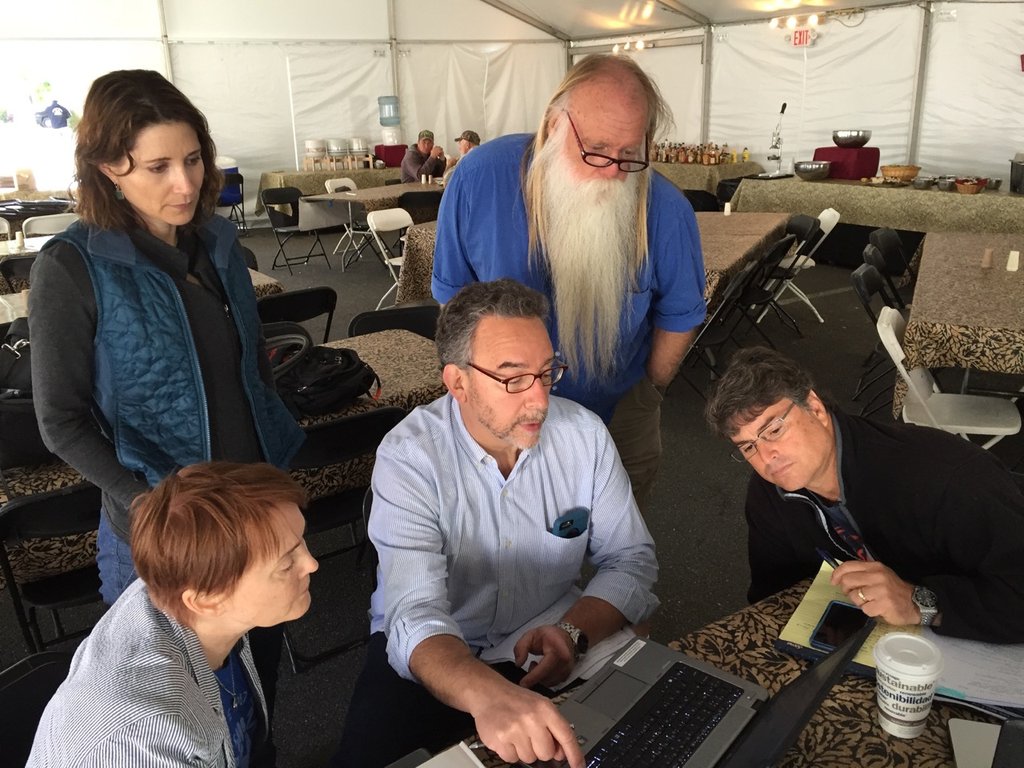 Doctor School takes place in the vacant hospital adjoining the show’s hospital set constructed inside Richmond’s grand old Laburnum House. All present gathered around the monitor positioned at the head of an operating table as we got started.  Once underway I was struck by the level of intensity and genuine interest brought to the task by the director and actors alike. A rather difficult suturing technique was required of Doctor Hale, who was absolutely intent on mastering the technique which he successfully accomplished in a surprisingly short time. Also, a new character for next season must carry out a number of complex while undergoing several skillful examinations maneuvers by Dr. Foster and Samuel. Her specific condition requires cleverly executed makeup and props, challenging vocalizations and arduous body movements. On the first go around it is obvious that she has done her homework, has researched the appropriate body movements and has likely spent time considerable time practicing them at home. Even more simple tasks, such as physical examination, or the proper application of a bandage to a wound, were given careful attention. Ultimately, each scenario was played out again and again until the production team was satisfied that they had captured the essence of this extraordinary time in American history.

Later, during filming, I would witness an even more remarkable level of complexity as all the parts of the production were masterfully brought together by a wide assortment of highly skilled individuals. Each was determined to get this compelling American Civil War medical drama just right. Reflecting on the experience as a whole, I remain in awe of the entire process and the dedication of its players. I consider myself fortunate and privileged to have played a small part in the process.