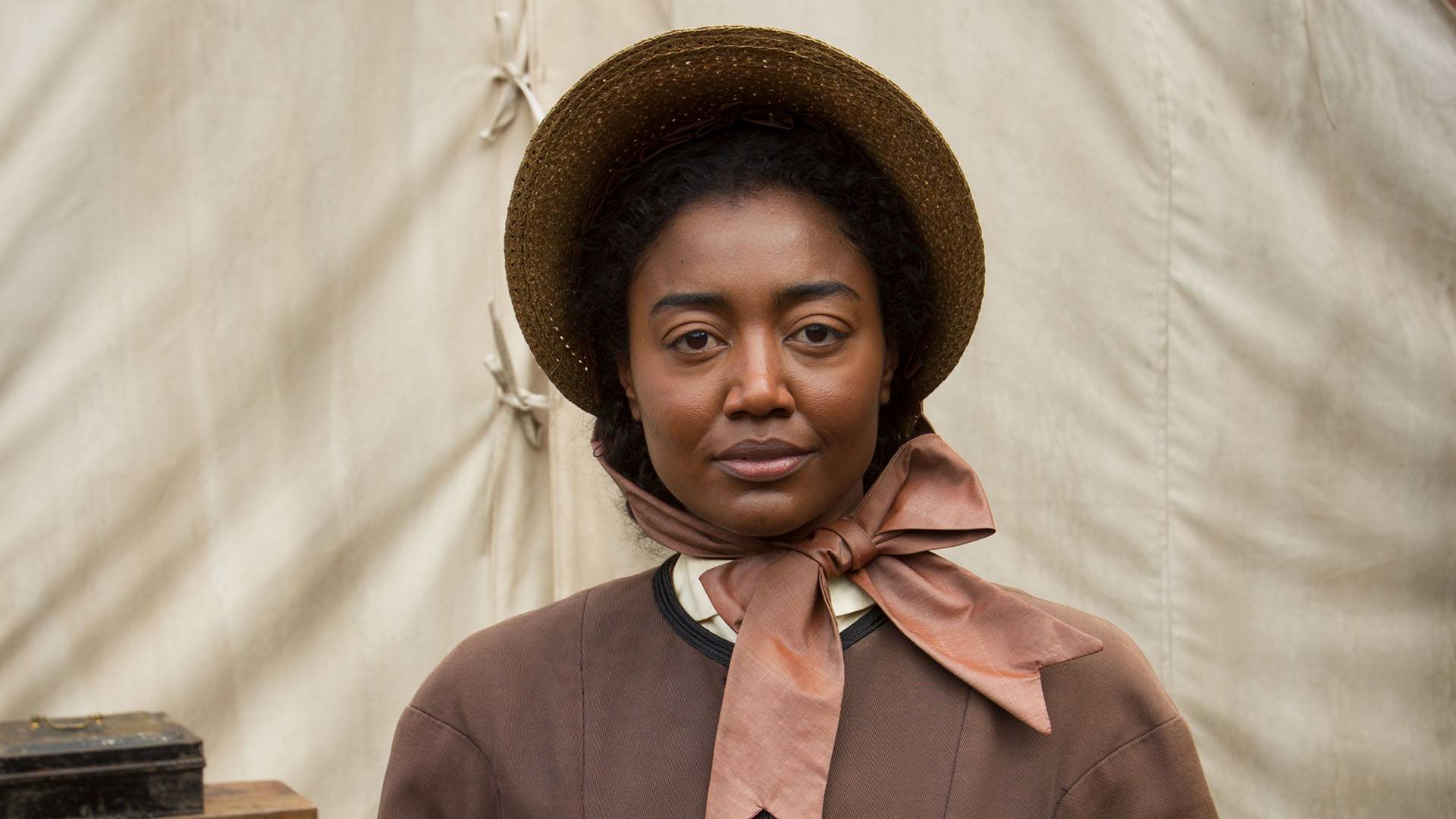 In this blog post, Davis discusses the parallels between Charlotte Jenkins and real life abolitionists who challenged racism, slavery and the roles of women.

“…there was no one to welcome me to the land of freedom. I was a stranger in a strange land… But I was free...”

The third episode of Mercy Street illustrates the importance of power—who has it, who exerts it, and who is made to submit to it. In the African American community, Charlotte uses her power as an unofficial nurse to put racist Mutt Murphy in his place while he is under her care. A contraband man uses his new power to protect his granddaughter from Mutt, and Sam uses the power of his medical knowledge to treat Mutt. Before 1862, men like Mutt Murphy had all the control. By now, society’s rules were shifting, and African Americans had opportunities to regain lost dignity.

Power is a new concept for African Americans in the 1860s. Charlotte Jenkins is a direct, fearless woman who speaks truth to power. Within her domain of the contraband camp and quarantine tent, she makes the rules:

"… here's how this goes — those who do as we say try to get better. They end up walking out that way, mostly. Those kicking up a fuss get sicker, end up being carried out back and put in the ground. So lie there now, Mister, and figure out which way you want to go. Or else I just may have to decide for you."

Charlotte escaped slavery in 1853 with help from the woman known as “the Moses of her people” – Harriet Tubman. This experience gave Charlotte a role model.

While an actual aid worker like Harriet Jacobs had power in the contraband community and benefactors, real-life heroines like Sojourner Truth and Harriet Tubman had few resources. These trailblazers took power into their own hands and spoke their minds, often at great peril.

Sojourner Truth was born Isabella Baumfree, a Dutch-speaking slave, in Ulster County, New York, at the end of the 18th century. She had several masters before gaining freedom, and she became the first African American woman in the United States to win a lawsuit, successfully fighting for the return of her son, who had been illegally sold away. Inspired by her deep faith, she changed her name to Sojourner Truth.

A fierce abolitionist and advocate for female equality, Truth delivered her stirring “Ain’t I a Woman” speech at the 1851 women’s rights convention in Akron, Ohio.1 Truth also advocated that black troops be permitted to fight in the Civil War, and she later collected supplies for these soldiers. After the war, she continued to fight for racial and gender equality.

Harriet Tubman was born Araminta Ross around 1820, a slave in Dorchester County, Maryland. As a teenager, she received a head injury from an overseer, suffering headaches and hallucinations for the rest of her life. She escaped alone in 1849, when she changed her name to Harriet Tubman‒Harriet after her mother, and Tubman from her husband’s last name. Tubman made 13 trips back to Maryland between 1849 and 1860 to rescue friends and relatives.  During the Civil War, Tubman worked as a nurse, a cook, and a Union spy. Later, she fought for the pension she earned as a nurse, because her other services were undocumented. Her struggle to receive these funds lasted more than 30 years.2

In recognition of their significant contributions, Sojourner Truth and Harriet Tubman were both considered for portraits on U.S. currency. That honor went to Harriet Tubman, who will grace the $20 bill, making her the first African American woman on a U.S. bill. The former enslaved girl from Dorchester, Maryland, who knew she was meant to be free, will take her place among the great leaders of our country. Tubman was a smart, powerful woman who, without bloodshed, gave many their freedom.

[1] According to scholars, there are multiple transcribed versions of this speech. A contemporary newspaper account describes one version with a standard vernacular, but the Frances Gage account from 1863 relates a more “folksy” Southern speech pattern with the refrain of, “Ain’t I a woman?” While these two women were contemporaries and abolitionists, their lives were very different, Frances Gage being a privileged white woman from Ohio. It is believed that Gage felt that a traditional black patois would be more acceptable to her audience.

[2]Myths were created about Harriet Tubman too. There is dispute over the number of trips she made, the number of people she rescued, and quotes misattributed to her. Learning about the two women means filtering the available sources and being aware of whose voice is providing the information.