Charlotte Jenkins is the Metaphorical Balm in Gilead 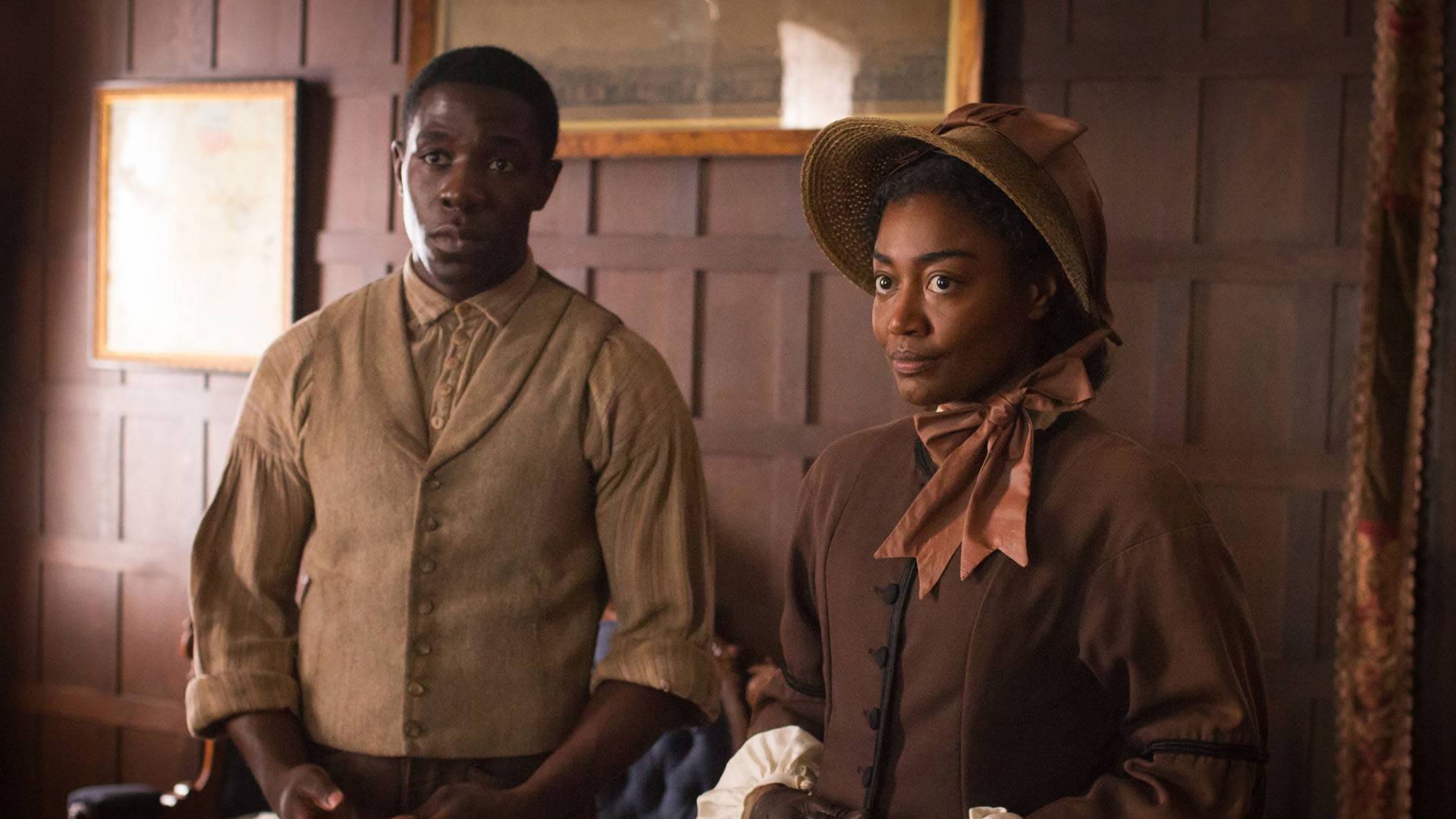 In this blog post, Davis discusses the significance of a new character in Season 2, Charlotte Jenkins, who is based off of the historic figure Harriet Jacobs.

Charlotte Jenkins is the Metaphorical Balm in Gilead

Sometimes I feel discouraged and think my work’s in vain,

But then the Holy Spirit revives my soul again.

There is a balm in Gilead to make the wounded whole;

There is a balm in Gilead to heal the sin sick soul.

— African American spiritual, “There Is a Balm in Gilead”

…the poor creatures seemed so far removed from the immediate sympathy of those who could help them. These were the contrabands in Alexandria.

— Harriet Jacobs “Life Among the Contrabands,” published in The Liberator, Sept. 5, 1862

Mercy Street opens its second season with “Balm in Gilead,” where we are introduced to a new character, Charlotte Jenkins. She is an African American woman sent by Nurse Mary Phinney’s Northern abolitionist friends to bring comfort and aid to Alexandria’s contrabands. Charlotte, along with the character of Belinda Gibson, demonstrates the changes the war has made in the lives of African American women—new problems, new opportunities, and possibly the ability to direct their own lives.

Charlotte Jenkins is based on the historic figure Harriet Jacobs. Jacobs was well-known in abolitionist circles from her published memoirs detailing life as a slave and the seven years she spent hiding in a garret to escape her abusive masteri. She was a fierce advocate for the contraband community, collaborating with other aid workers such as Julia Wilburii, and often finding her own resources when official channels failed. With her daughter Louisa, Jacobs fought for adequate clothing, housing, sanitation, and fair wages for the contrabands. Education was paramount to the Jacobs women. They opened a school in Alexandria (later named the Jacobs Free School in Harriet’s honor), and Louisa served as a teacher there.

Like Harriet Jacobs, Charlotte Jenkins is appalled at how everyone ignores the contrabands’ plight in Alexandria. Nurse Phinney is a staunch supporter, but Dr. Jed Foster dismisses Charlotte’s concerns. She attacks institutional racism and neglect at her own peril, and is outspoken in a way that would have been unimaginable before the war. Her tenacity leads to some success, but there are more battles ahead.

While Charlotte is creating changes that affect the entire contraband community, Belinda Gibson is making changes in her own life. She received permission from Mrs. Jane Green to earn income outside the home, taking the first steps to personal independence. Like most uneducated 19th century women, Belinda’s skills are related to domestic work, such as cooking, sewing, laundry, or childcare. Some women worked directly for the Union army instead of private homes or businesses. Military employment options for women were limited, and pay was unreliable.

Harriet Jacobs found that wages varied widely between employers, among different types of work, and based on an individual’s gender, race, and age. Healthy men averaged $10 a month; single women earned $4, and women with children averaged $2.50 to $3 per month.iii

Belinda finds a job in the kitchen at Mansion House hospital, where she reports to Abel Melcher, the cook. However, she is rightfully concerned about her safety working in the isolation below stairs, particularly when surrounded by men. By the end of the episode, Belinda is also working in the contraband quarantine tent with Charlotte, an opportunity for the two formerly enslaved women to bond and to learn from each other.

One of the ways that Belinda can contribute is her knowledge of folk remedies. She suggests “the seed of the balm [in Gilead],” as a cough remedy. Balm in Gilead is also referenced in the minister’s scripture reading and the hymn sung by a dying contraband man. The balm brings comfort to the sick and weary. Through Charlotte’s aid work, she becomes a metaphorical balm in Gilead, advocating for contrabands and guiding them through the ever-changing landscape of Civil War Alexandria.

[i] To read more about Harriet Jacobs, go to her memoir, "Incidents in the Life of a Slave Girl" or Jean Fagan Yellin’s works, such as "Harriet Jacobs: A Life."

[ii] For more information about Julia Wilbur and her life in Alexandria, see her diary transcriptions here.