Contraband: The Ownership and Division of Human Beings

Posted by Kenyatta D. Berry on 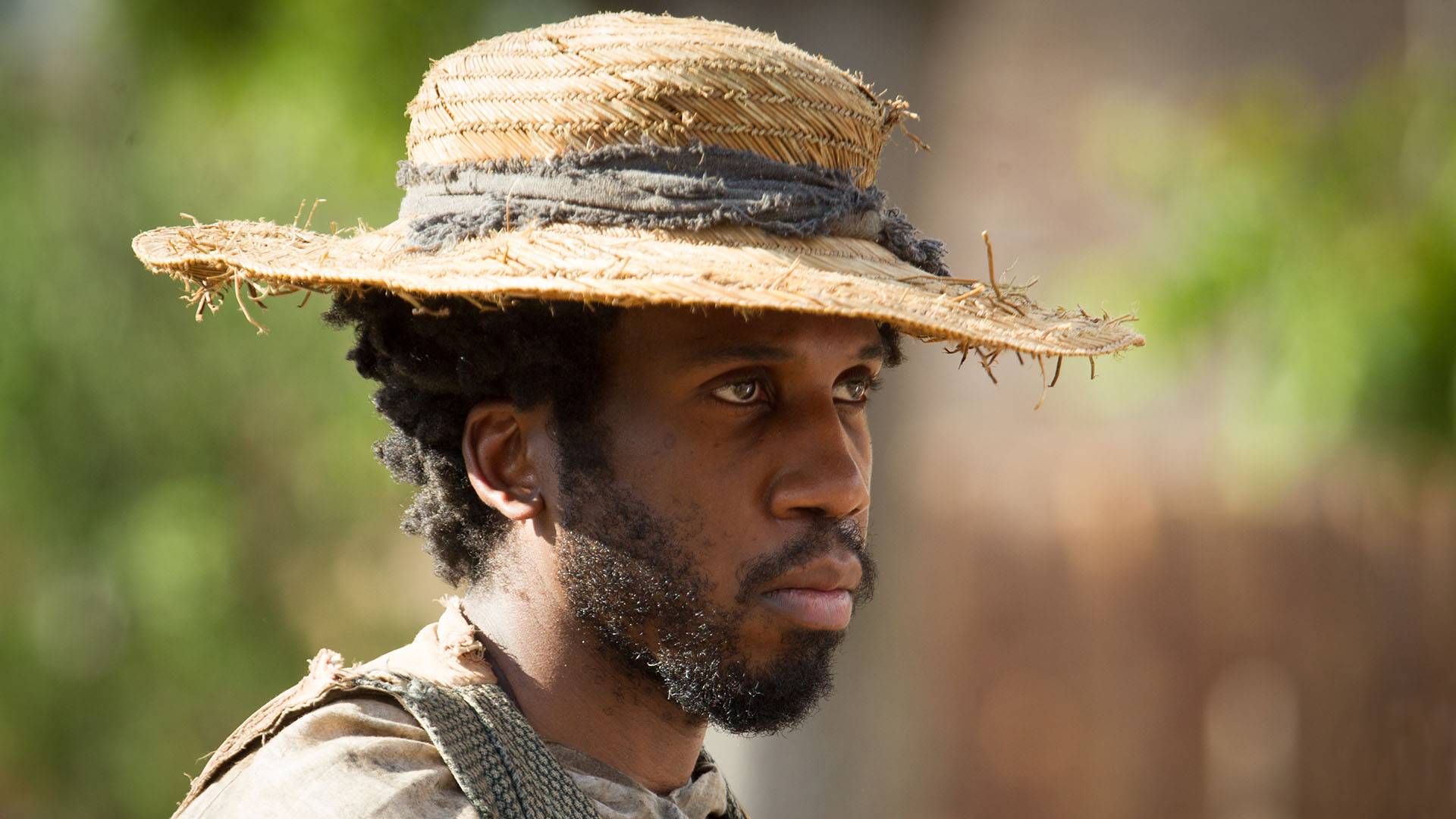 Caleb, played by Nyambi Nyambi, in Season 2 of Mercy Street.

In this blog post, Berry looks at how the term "Contraband" came to be, and the hardship, and sometimes impossibility​, of marriage during slavery.

Contraband: The Ownership and Division of Human Beings

In Episode 2: The House Guest, Samuel has secured passage North and he longs to be reunited with Aurelia. Caleb, a former slave shows up to the contraband camp looking for Aurelia whom he married before he was sold away. Samuel wonders about Caleb’s intentions and Silas helps in the deception by telling Caleb he doesn’t know Aurelia. Silas does this to obtain Samuel’s forgiveness. After talking to Caleb, Samuel feels conflicted about keeping Aurelia from being reunited with her husband.

What does it mean to be a “Contraband”?

After realizing that Samuel was never a slave, Caleb tells him they call them (escaped slaves) “contraband.” As Caleb states, “They call us contraband here. Contraband. What's that? It's a thing, ain't it? Not a person.” Contraband was a term assigned to escaped slaves during the Civil War or to those slaves following the Union Army. On August 6, 1861, fugitive slaves were declared to be "contraband of war" if their labor had been used to aid the Confederacy in any way. And if found to be Contraband, they were declared free.1 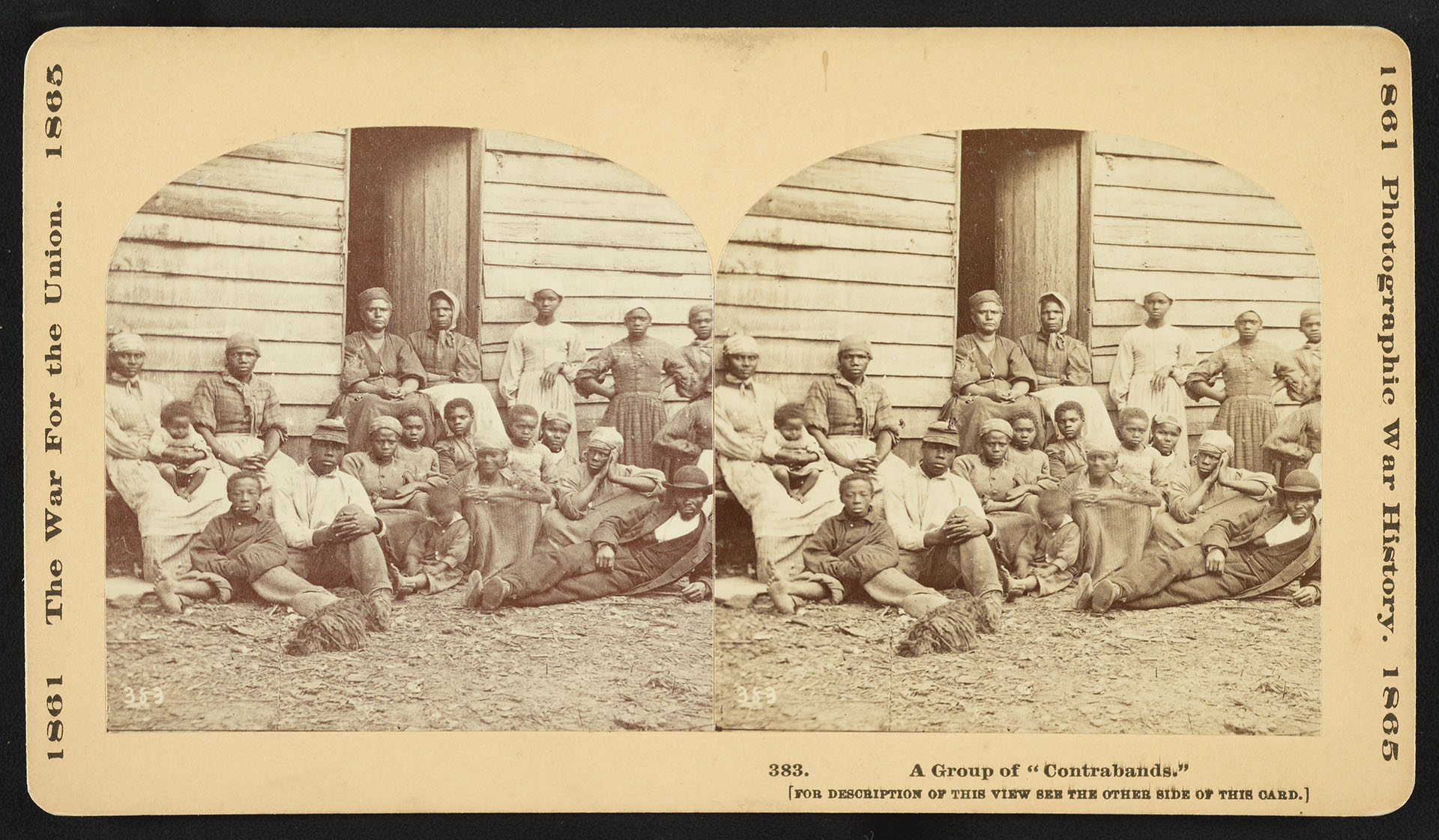 A group of slaves including men, women and children gathered outside a building at the Foller Plantation in Pamunkey Run, Virginia. LC-USZ62-57025

Breaking up the Slave Family

Slaves were not in control of the fate of their families. Slave children were sometimes given to the slaveholder’s children as playmates and enslaved women often nursed and cared for the slaveholder’s children. In effect slaveholders and their designees were surrogate parents whose decisions could supersede the preferences of the biological parents. Their presence made creating a bond between enslaved parent and child a challenging proposition.3 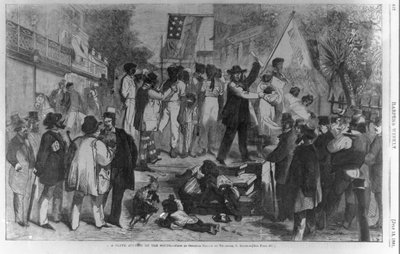 African American men, women, and children being auctioned off in front of crowd of men. Library of Congress(LC-USZ62-2582)

“My mother’s name was Catherine. Father’s name was George. A brother and sistah of mine was sold as slaves ‘fore I was born. I nevuh saw them. My father was sold away from my mother. Our home was not pleasent. The mistress was cruel.”

Slaves were not legally allowed to marry but they used the tradition “jumping over the broom” as a way to acknowledge the union. Slaves were required to get permission from their masters before “jumping the broom.” If they lived on the same plantation this was easier than if their future spouse lived on a neighboring plantation. Marriages between slaves on separate plantations required the consent of the both slaveholders. In the best of circumstances one slaveholder agreed to sell his enslaved person so they could live together, but if this was not worked out, the relationship was ended or it became a “traveling” marriage, also sometimes called an “abroad marriage,” with the husband visiting his wife when given permission by the slaveholder.6

Family Reunions:  Impossible or a Reality?

During the Civil War, escaped slaves searched for loved ones seeking help from people they met along the way. Slave family reunions were complicated by a number of factors such as length of separation, distance and identity. If a slave were sold multiple times it was difficult for a family member to ascertain their location. In pursuit of freedom, escaped slaves might have changed their names or used a different surname. While family reunions were challenging this did not stop escaped slaves from searching for their loved ones. Like Caleb said, losing their family was a pain they could never be free from.

2 Library of Congress, A group of “contrabands”

5 Library of Congress, "A slave auction at the south," from an original sketch by Theodore R. Davis.