For Freedom and Family 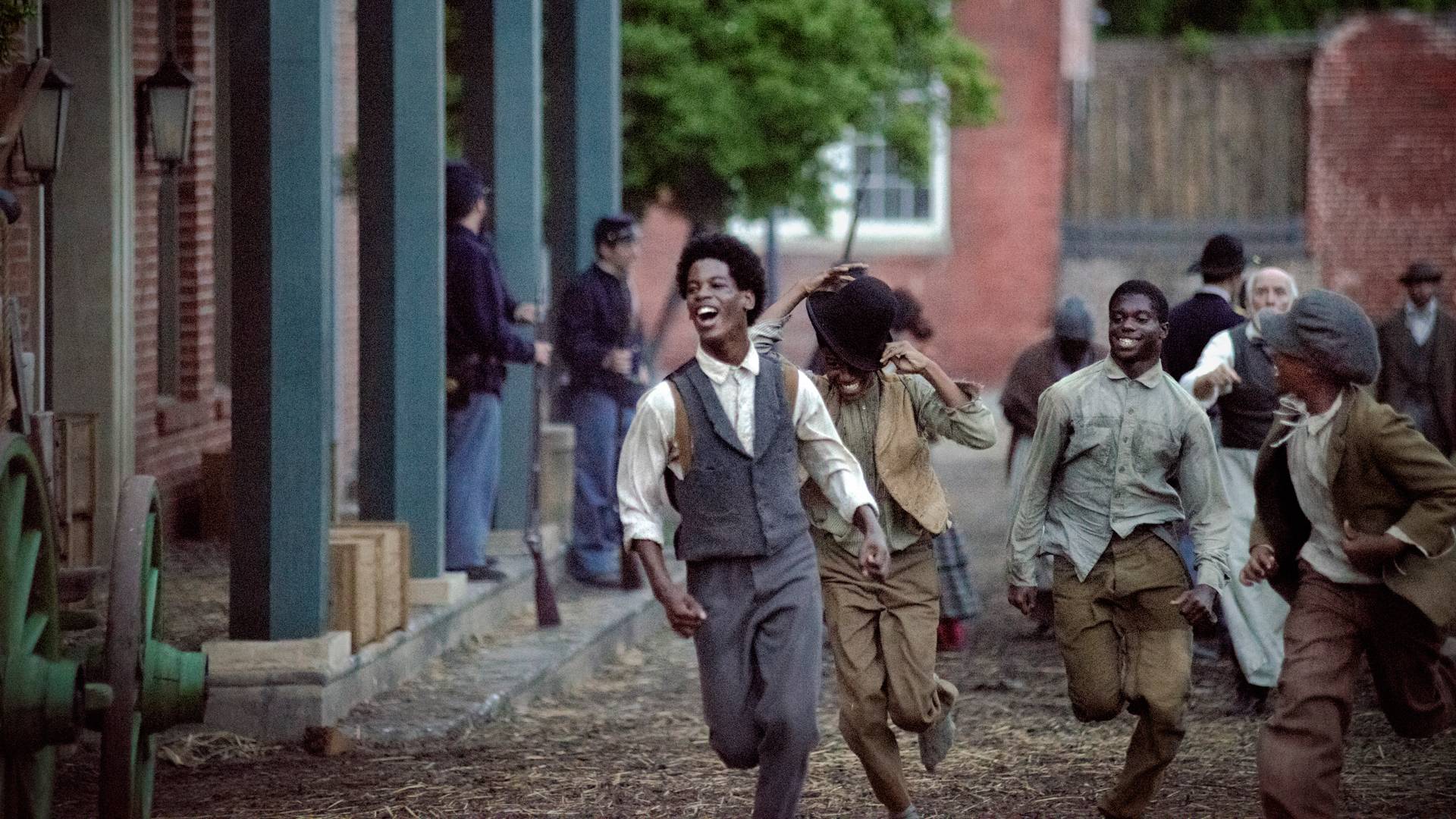 Miles, as seen in Episode 3

In this blog post, Jabour provides historical background on the "contrabands" of the Civil War South.

For Freedom and Family:
African American “Contrabands” in the Civil War South

“You want it? You gotta take it,” hospital laundress and escaped slave Aurelia advises young Miles, an enslaved young boy.

The Civil War offered enslaved African Americans unprecedented opportunities to claim freedom. From the beginning of the war, Union troops offered the possibility of protection for runaway slaves by seizing them as “contraband” and refusing to return them to their legal owners. This possibility became a probability after the Emancipation Proclamation of 1863, under which slaves in Union-occupied Confederate territory were declared free.

Throughout the war years, and long before the Emancipation Proclamation, Union-occupied towns like Alexandria became a magnet for contraband men, women, and children. By November 1863, an estimated 50,000 slaves had fled to refugee camps. In many locations, children and adolescents, like Miles, outnumbered adults. Dependent on the goodwill of local military commanders for both protection and provisions, contrabands eked out a precarious existence in the Union-occupied portions of the Confederacy.

For many contrabands, the goal was not simply attaining freedom, but reuniting families that had been divided under slavery. Because southern laws offered no recognition of or protection for slave families, family separation occurred frequently in the slaveholding South. Separation could happen in several ways. Perhaps most frequently, family members were separated when a slaveholder decided to sell one or more individuals without regard for family ties. In the case of “abroad” marriages, in which enslaved spouses resided with different owners, separation also could occur when a slaveowner decided to migrate. This sort of separation became increasingly common during the Civil War when slaveholders decided to “refugee”—with some or all of their slaves—in the face of the advancing Union army. Finally, the death of a slaveowner could result in family separation when the deceased’s estate—including human “property”—either was divided among heirs or sold at auction to settle unpaid debts.

Not surprisingly, then, African American contrabands eagerly seized wartime opportunities to escape slavery and seek family. Some slave families escaped together; one Union soldier complained that “whole families of them” came to Union-occupied areas seeking freedom.  More often—as in the case of Aurelia—runaway slaves set out alone or in combination in search of other family members. Undertaking a dangerous journey in a war zone, risking capture and punishment, and enduring cold, hunger, and other hardships, African American women, men, and children demonstrated their determination to secure their freedom and to achieve family unity.

Mary Barbour’s earliest memory was of “my pappy wakin’ me up in de middle o’ de night” to leave the North Carolina plantation where Mary lived with her mother and three other children, all under the age of four. Mary’s father, who resided on a different plantation, had taken advantage at the confusion resulting from the arrival of Union troops to steal a wagon and mules, escape the plantation, and go in search of his wife and children. “Half asleep an’ skeered stiff,” Mary hastily dressed in the dark and set out with the rest of her reunited family for the stolen wagon, which was hidden in a nearby thicket. Only Mary was old enough to walk even a short distance; her father held one child in one arm and held Mary’s hand with the other, while her mother carried the other two children.  “I reckons dat I will always ‘member dat walk, wid de bushes slappin’ my laigs, de win’ sighin’ in de trees, and’ de hoot owls and whippoorwhills hollerin’ at each other frum de big trees,” Mary reminisced.  Traveling by night and hiding by day “fer a long time,” the family eventually arrived in the town of New Bern. There, the family joined “a pretty good crowd” of contrabands seeking shelter with Union soldiers and Mary’s father, a skilled artisan, managed to support the reunited family by making boots for the federal troops.

Many African Americans found new opportunities for freedom and family togetherness in the Civil War South.  What will the Civil War mean for Aurelia and others on Mercy Street? Stay tuned to find out.