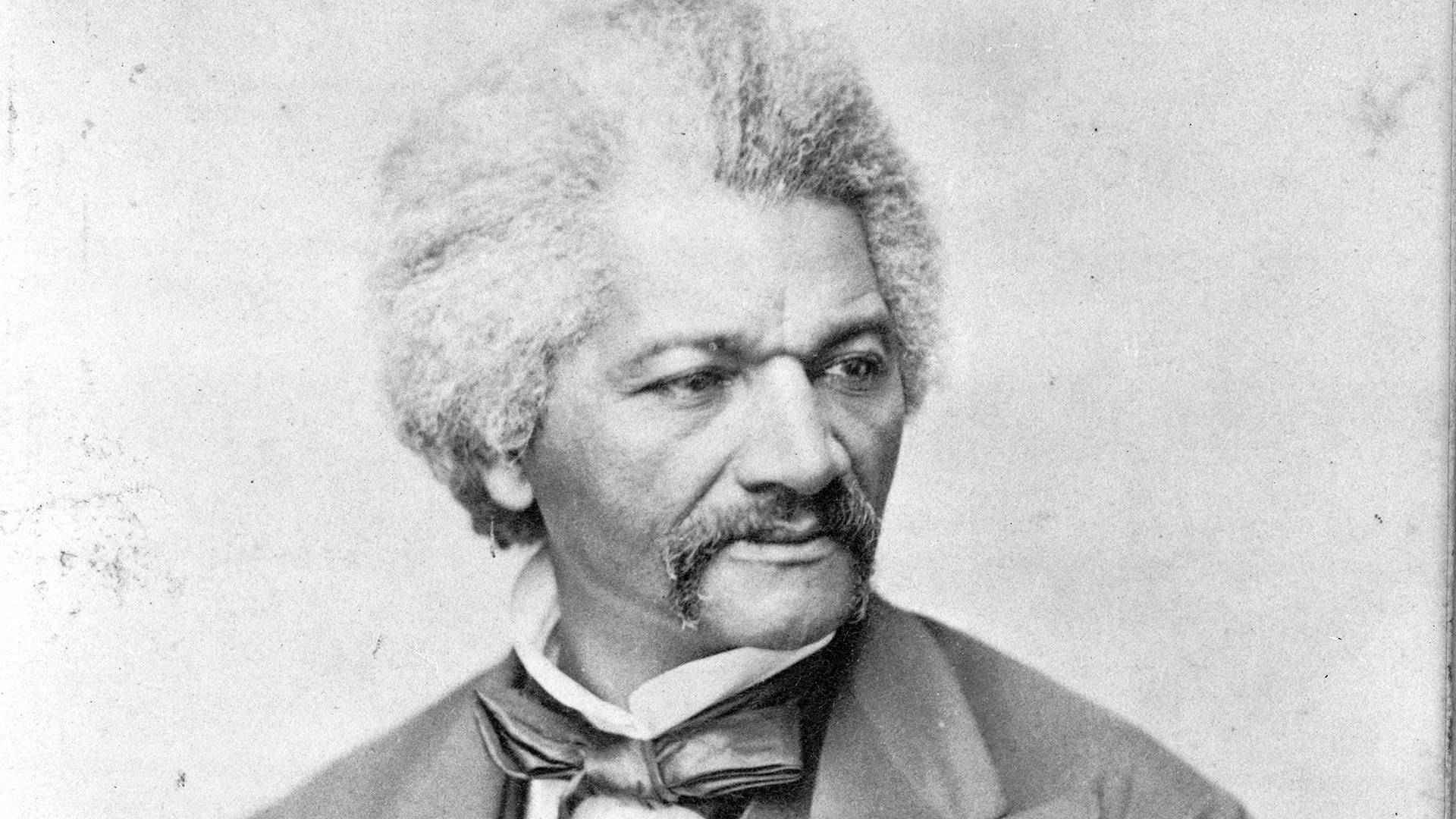 In this blog post, Schultz explores the rise of Frederick Douglass from slave to international best-selling author, abolitionist, suffragist, and citizen.

A growing American desire for knowledge about the lives of slaves before Emancipation has led to the publication and re-publication of slave narratives during the past decade, many of which were unknown to the general public in the twentieth century.  The 2013 Academy Award-winning film, “Twelve Years a Slave,” based on Solomon Northup’s 1853 narrative about being stolen into slavery as a free citizen of New York in 1841, has helped fuel the resurgence of interest in the genre. In the same year that Northup’s narrative appeared, Frederick Douglass published his only piece of fiction, "The Heroic Slave," based on the 1841 slave mutiny aboard the brig Creole, bound with human cargo from Richmond to New Orleans and led by Madison Washington, a man who had successfully fled from slavery only to be re-captured some years later. 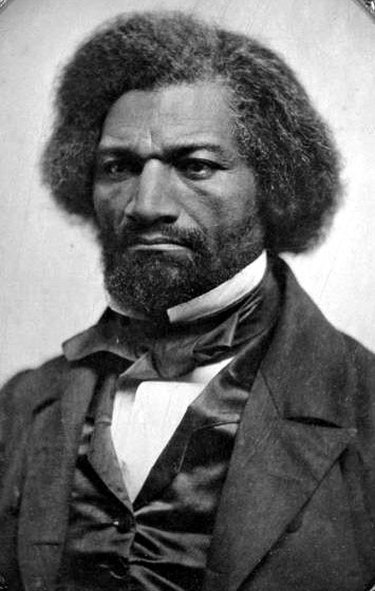 Frederick Douglass in 1856 In 2015, "The Heroic Slave" was republished for a wider audience after being out of print since the 1970s; it also now appears in The Norton Anthology of American Literature as a key text documenting the literary history of slavery, alongside Douglass’s better-known "Narrative of the Life of Frederick Douglass, an American Slave, Written by Himself" (1845). The Narrative was a bestseller and made Douglass an overnight sensation in the U.S. and Britain; by 1850 it had sold over 30,000 copies worldwide and had gone through nine editions.

Although Douglass’s Narrative was not the earliest of the genre to be available to 19th century readers, its reputation as the most poignant, compelling, and beautifully written first-person account of the physical and psychological torments of the peculiar institution endures. Scholars today consider Douglass “the most influential African American of the 19th century,”1 not only because he was determined to escape his bondage and show others the cruelty of enslavement, but also because Douglass went on to champion a wide range of social and political reforms, including universal suffrage, women’s equal rights, and the racial desegregation of public schools.

The Narrative’s publication in the 1840s coincided with William Lloyd Garrison’s rise as a noted abolitionist and publisher of the antislavery newspaper The Liberator. In Douglass, Garrison found his most profound engine for the indefensibility of slavery, and he arranged lecture tours and meetings for Douglass with those who were curious to meet the former slave. Douglass and Garrison parted ways in the late 1840s when the two could not reconcile their disagreements about how to end slavery, and Douglass, tiring of Garrison’s handling of him, established his own paper, The North Star (later renamed Frederick Douglass’s Newspaper).

Although Douglass was not heartened by the prospect of civil war, he believed that more militant tactics to end slavery were inevitable.

During the 1850s, as an independent journalist and political activist, Douglass wrote "The Heroic Slave" and redrafted what would ultimately become the second version of his three autobiographies, "My Bondage and My Freedom" (1855). Douglass’s endeavors gained financial support from British abolitionist Julia Griffiths, who was instrumental in getting "The Heroic Slave" into print for English-speaking readers on both sides of the Atlantic. Griffiths also assisted Douglass in his writing and editing projects — a boon that increased his productivity but created a stir in Rochester when the inter-racial pair were seen walking together down the street.

In Mercy Street Season 2, Episode 2, Cpl. Samson Debrier from Concord, Massachusetts, the town that American Transcendentalists made famous, mentions Douglass from his hospital bed as Nurse Mary attends him in late 1862—a sure sign that the political work of the onetime fugitive was known among citizens of the northern states. Not only do Debrier and Mary share a hometown but their abolitionist views also create a bond between them. The soldier, whose neurological impairment keeps him bed-ridden, shows surprise that Emma Green, a Southerner, has not heard of Douglass. Confederate readers had limited access to slave publications, and, of course, it should not surprise us that Douglass and other antislavery advocates did not book lecture tours in the seceded states. 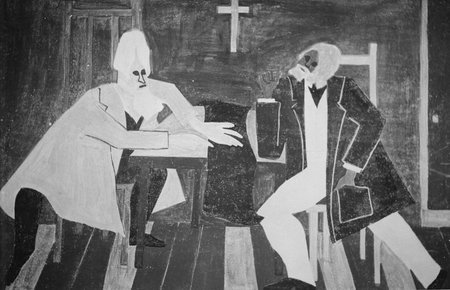 Douglass argued against John Brown's plan to attack the arsenal at Harpers Ferry, painting by Jacob Lawrence. Although Douglass was not heartened by the prospect of civil war, he believed that more militant tactics to end slavery were inevitable. A meeting between Douglass and John Brown in the late 1840s influenced Douglass’s growing convictions about violence as a means to the desired end, but a decade later Douglass advised Brown not to launch his raid on Harpers Ferry.  Despite such counsel, Douglass worried that Brown’s actions would implicate him and do harm to his abolitionist platform.

During the war, Douglass continued to speak out against slaveholders, and after Emancipation he lectured on race relations throughout the Northeast. In late March of 1864, for example, he addressed citizens at the Portland (Maine) City Hall where the local paper called him “a logician, an orator, and a man of research.” Half the proceeds from this lecture were donated to Portland’s Maine Camp Hospital Association, the benevolent group that sent nurses Isabella Fogg and Harriet Eaton to the eastern theater to care for Maine infantrymen in the field.

Tireless in his advocacy to show his countrymen the abilities and natural equality of all God’s creatures, Douglass supported initiatives to raise African American troops. Two of his children fought for the Union, including son Lewis, a sergeant with the storied 54th Massachusetts Infantry and later a volunteer at a Washington-area freedmen’s hospital—like the one established by Charlotte Jenkins in Episode 2. Douglass met Abraham Lincoln for the first time in August 1863, eight months after the Emancipation Proclamation, where the two discussed making military life better for black soldiers, who were paid less and whose regiments received far less in support than those of their white counterparts.

Though Douglass had been furious about what he viewed as Lincoln’s tolerance and even promotion of the racially charged Colonization Movement, he came to believe in Lincoln’s conviction to save the Union and appreciated the earnestness of Lincoln’s hopes for black citizens. When the war looked deadlocked amid the summer battles of 1864, Douglass met with Lincoln a second time. At this meeting, Lincoln was the petitioner, hatching a plan with the now-recognized leader of the abolitionist juggernaut, to help as many African Americans as possible flee the South into Union lines lest Union fortunes turn southward and the year-old Emancipation not be honored in a war that seemed far from over.

Insistent that his commitment to nationalism would prove the best solution for the formerly enslaved, Douglass’s patriotism was and still is inspirational to those who saw the Civil War as a referendum on slavery.

Lincoln’s proposal to Douglass never gained traction because late in 1864, with Sherman’s March to the Sea underway and the Confederate economy imploding, it appeared that the thousands of blacks still ensconced in the South would once again be governed by federal initiatives, including the Emancipation. Despite his disenchantment with ineffectual legislation that stalled emancipation and black citizenship—his most urgent priorities—Douglass retained a belief in the inexorable-if-slow progress of the U.S. Government to do the right thing.

Insistent that his commitment to nationalism would prove the best solution for the formerly enslaved, Douglass’s patriotism was and still is inspirational to those who saw the Civil War as a referendum on slavery. In these days, where the nation is again embroiled in discussions about who should be a citizen, Douglass’s story and the impact it had on the denizens of Mansion House Hospital in 1862, speaks loudly and clearly.

​Jane E. Schultz, Ph.D., is Professor of English and the Medical Humanities and Director of Literature at Indiana University-Purdue University-Indianapolis. She is co-editor of the book series ”Nursing History and Humanities.”  "Women at the Front," a study of gender and relief work in American Civil War military hospitals, was a finalist for the Lincoln Prize in 2005. In 2010 Schultz published "This Birth Place of Souls," an annotated edition of one of the last extant nursing diaries from the Civil War. Read Bio | Read All Posts