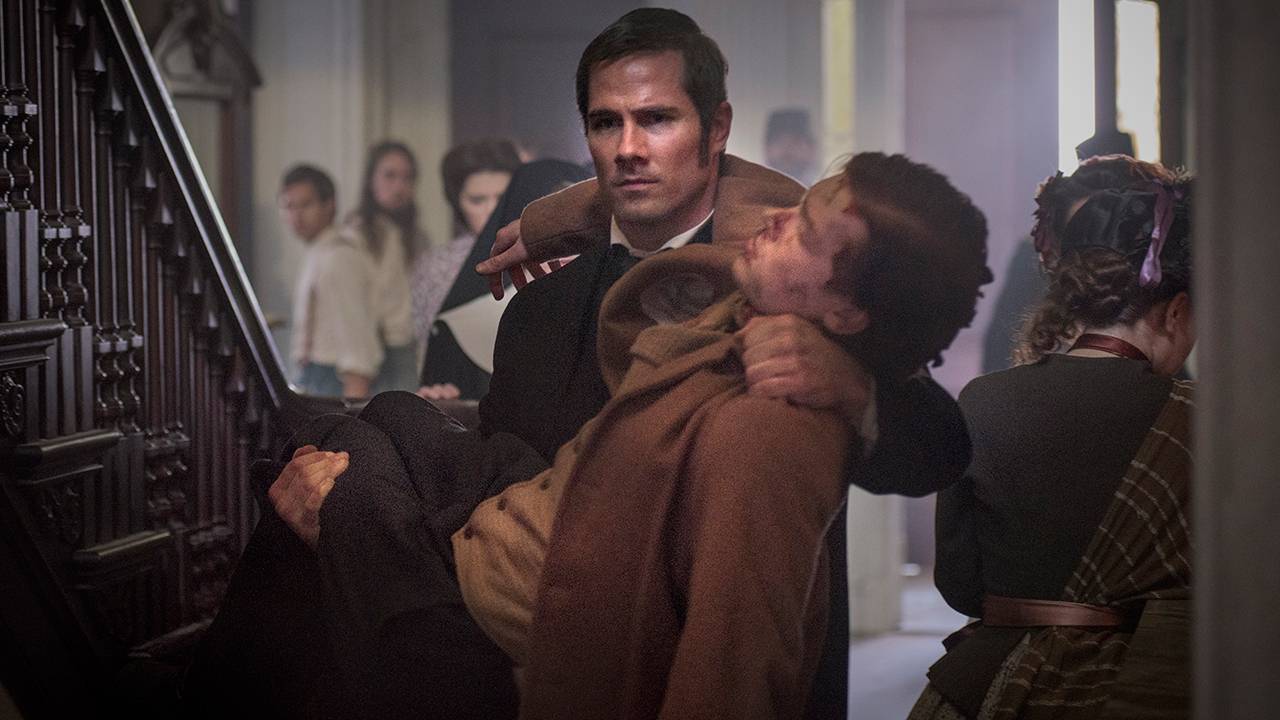 Chaplain Hopkins carries the body of Tom Fairfax, as seen in Episode 5

In this blog post, Schultz describes how the handling of the dead, on a scale unimaginable to most people today, presented challenges to Civil War medical staff and army administrators alike.

When William Mussey, a medical inspector sent by the Surgeon General’s Office, arrives at Mansion House, the place is in an uproar: Summers is addressing the staff about the disappearance of a Confederate soldier (Tom Fairfax), Surgeon Hale is brown-nosing for a promotion, Nurse Phinney wants to chat him up about the patients’ diet, and Summers wants only to attend to his official guests lest the hospital not pass inspection. The inspector remarks at the “hubbub” around him. The only place, it would seem, where peace can be found is in the dead room, the makeshift morgue where military hospitals stored bodies awaiting burial or transportation. And it is in the dead room where two of Episode 5’s most striking story lines converge—the first involving the Davis brothers’ insistence on justice for their dead brother Jeremiah, which embroils Samuel Diggs in a near-lynching; and the second concerning the misunderstood death of Tom Fairfax and a train of events that will test Emma Green’s feelings for Frank and the chaplain, and lead from a family cemetery to the Greens’ dining room, where James is arrested by Union officials. Not only is the Mansion House dead room a kind of purgatory for the deceased, but it becomes a way-station for characters whose status and survival is in transition.

The handling of the dead, on a scale unimaginable to most people today, presented challenges to Civil War medical staff and army administrators alike. Many dead never reached hospitals, of course. When soldiers died in camp or on the field of battle, impromptu burial detachments dispatched them without delay. When delay was unavoidable, such as during the three-day battle of Gettysburg in July 1863, conditions deteriorated rapidly, leaving bodies to bloat and decompose in the heat and humidity. Civilian relief workers rushing to Gettysburg on July Fourth could smell the stench from miles away. As early as 1861, enterprising surgeons began to explore alternatives to the grisly business of hustling hundreds of bodies at a time into the ground. Thomas Holmes, a surgeon trained at Columbia University in the 1840s, introduced embalming as a way to forestall the inevitable deterioration of corpses—a procedure that gave families the opportunity to pay for having their loved ones’ remains shipped home. This is likely what Matron Brannan has in mind when she hopes to hustle the angry Davis brothers out of the dead room, though there is no evidence that Mansion House employed an embalmer. By mid-war, embalming physicians would set up shop at the edge of battlefields and pre-arrange payment with soldiers who wanted to be embalmed and sent home, should they not emerge from the smoke.  Fees ranged from $10 to $100, depending on the soldier’s rank and the physician’s reputation.  How poignant to realize that individuals who pinned paper notices to their uniforms containing name, rank, unit, and home details did so to inform embalmers of their wishes, as it were, from the other side.

The configuration of hospitals determined how and where the dead would be removed.  Small hospitals like Mansion House, which could accommodate two hundred patients in a pinch, used out- buildings, if available, or out-of-the-way interior chambers. For large general hospitals that could accommodate a thousand men at a time, such as Satterlee in Philadelphia, Jarvis in Baltimore, or Lincoln in Washington, the dead “room” might actually be a dead “house”—a place well removed from the patients’ orbit. This practice became standard as the Union and Confederacy constructed pavilion-style hospitals, which were modeled on European Panopticon prisons, where central services buildings were circled by wards resembling the spokes of a wheel.  In these larger institutional spaces, the dead house might have been adjacent to the cook house, the wash house, the ice house, the tack house, and staff offices.  Dixie’s institutional health care marvel in Richmond, Chimborazo, featured not one but five dead houses—a sobering fact based on a relatively high mortality rate there. 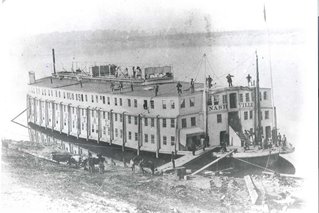 The Nashville hospital steamerNational Archives Regardless of a staff member’s position in the hospital hierarchy, from surgeons down to orderlies, hands-on interaction with the dead was all too common. Surgeons knew that men could die quickly of post-operative hemorrhages or slowly of the wasting effects of chronic dysentery.  Orderlies and male nurses, many of whom where convalescent soldiers themselves, would ferry bodies from wards and barracks—sometimes from the floor of a building—to whatever facility had been designated for holding the dead.  When soldiers died on hospital steamers, which served to evacuate the wounded from the field and deposit them, after basic triage, in general hospitals, transporting them became a matter of finding appropriate wagons or ambulances—all horse-drawn, of course.  In this scenario, the dead ultimately traveled with the barely-living. Coping with the mass spectacle of death, especially after battles, prompted some personalities to dismiss the horrors before them with humor or equanimity.  “Gallows humor” was especially prevalent among surgeons, but it also resided in a more benign form in the occasional nurse. Cornelia Hancock, a spunky 23-year-old Quaker from New Jersey wrote to a sister that she was taken with the morgue at Brandy Station, Virginia, where she served as nurse in the 2nd Corps field hospital: “One can get used to anything,” she philosophized.  “One of my favorite resorts is our dead house, some such fine looking men die. Sometimes Dr. Dudley embalms them and keeps them quite a while just to look at. Men are put into neat coffins and buried very decently from this hospital.”

Nurses like Miss Phinney did not anticipate how much the presence of death would shape their labors. They washed bodies in preparation for burial and wrote to inform families of the sad news. We see Chaplain Hopkins performing this “last rite” for Tom Fairfax in the womb-like space of the dead room. When favorite patients died, some became inconsolable and retreated to places where they could weep in private. For veterans of many months’ service, however, what most surprised them was their growing desensitization to death. Harriet Eaton noted from a corps hospital in an encampment of Maine regiments on Christmas Day in 1862, not even three months after she had entered the service, “Another man died this morning, and one last Monday. I closed his eyes, bound up his face, cut off a lock of his hair, and wondered at my indifference as I passed back and forth by his body all day.” Reflections like Eaton’s, widely expressed in the personal accounts of hospital workers, capture the purgatorial state of those who dedicated themselves to aiding the suffering, even as they attempted to banish thoughts about the futility of much of their work. 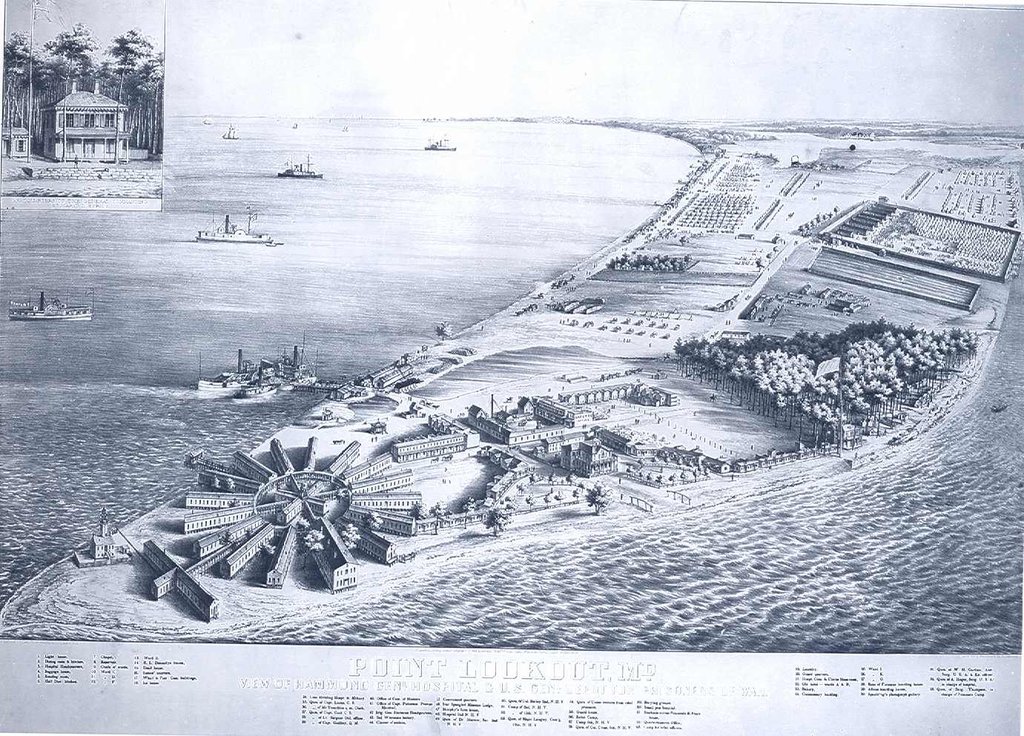