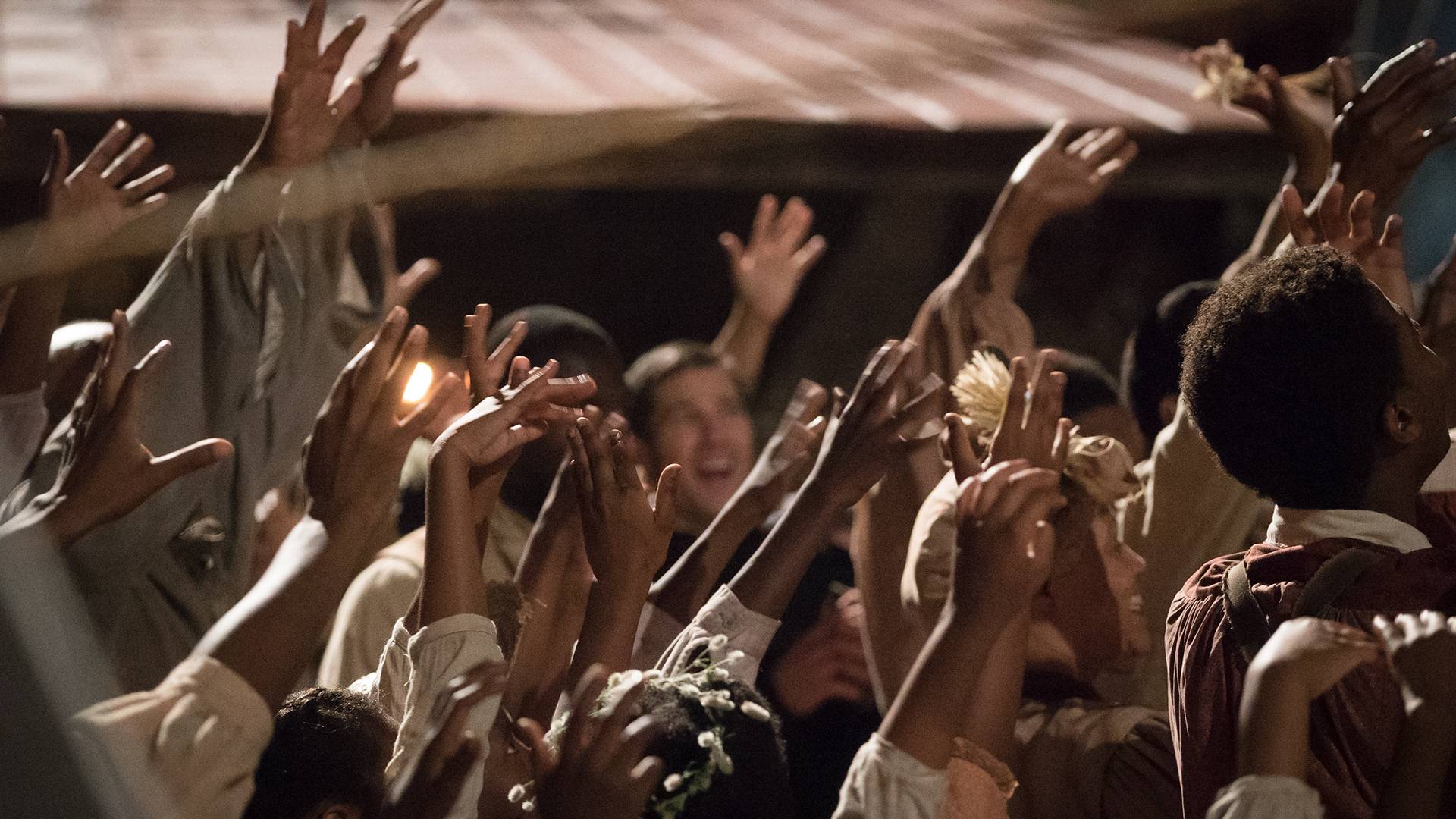 SCENE FROM EPISODE 6 OF MERCY STREET

Kenyatta D. Berry, J.D. is genealogist and lawyer with more than 15 years of experience in genealogical research and writing. She began her genealogical journey while in law school and studying at the State Library of Michigan in Lansing. A native of Detroit, Berry graduated from Bates Academy, Cass Technical High School, Michigan State University and Thomas M. Cooley Law School. She also co-hosts Genealogy Roadshow on PBS.

In this blog post, Berry discusses marriages of former slaves in Virginia and recounts her own family story.

Episode 206:  In this episode, Dr. Jed Foster and Samuel travel to the Foster family plantation, where Foster feuds with his brother and mother, and Samuel helps to deliver a slave baby.  The ensuing argument over the future of that child forces Dr. Foster to finally confront his own hypocrisy. After a conversation with Charlotte about the good he could do at the Mansion House.  Samuel reconsiders his intention to go to Medical School. Chaplain Hopkins overcomes his crisis of faith when he conducts a wedding for a group of contraband couples. During this celebration, we see Charlotte and Samuel finally express their feelings for each other.

After Emancipation, Virginia enacted the Cohabitation Act of 1866 on February 27, 1866 which legitimized the marriages of former slaves in Virginia and declared their children legitimate.  This gave the former slaves the legal foundation they needed for inheritance and other remedies under the law.  Governor Francis H. Pierpoint urged that a law be passed requiring the clerk of each county or corporation court to keep a book where he shall register the names and date of marriage at the request of a negro man and woman.  This registry should be considered a lawful marriage and legitimatize the children of both parties.[1]

The 1866 law created a collection of records known as the Virginia Cohabitation Records.  These records have been very helpful in my own research and are great for reconstructing families and relationships. Below is the marriage registration for Peter Green, the father in law of my 3rd great Aunt in Culpeper County, Virginia.  The register provides information on his former owner, wife, children and date of cohabitation.

Register of Colored Persons of Culpeper County, State of Virginia, Cohabiting Together as Husband and Wife on 27 February 1866[2] 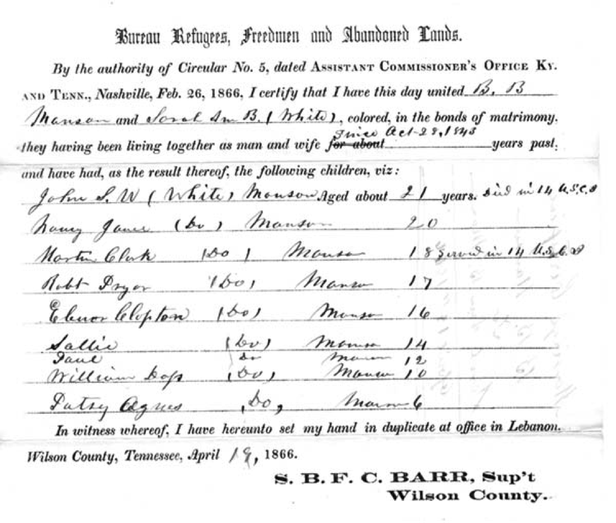 While I was a law student, my father gave me a copy of a court case with handwritten notes. I took one look at the case and thought nothing of it. It would be more than a decade before I would revisit the case to learn more about its significance to my family history.  What I uncovered was a wealth of information that shed light on slave marriages, jumping the broom and inheritance laws.

James W. (Jim) Edwards was born during Reconstruction in 1868 to Old Joe and Aveline Edwards.  His father “Old Joe” was a former slave with two previous slave marriages. There wasn’t any evidence that Old Joe and Aveline had a marriage ceremony in the traditional sense but there was circumstantial evidence they cohabited as husband and wife. When Jim Edwards died in 1946, he had property with two oil producing wells valued between $125,000 to $3,000,000.  Jim died without having made a will, leaving a widow and no surviving children. His wife received ½ of his estate and the other ½ was to be divided among family members. Determining the rightful heirs to this fortune set off a legal battle that would last for years and go to the Supreme Court of Arkansas. Three claimants would come forth for ½ of the inheritance, the Patsy line, the Susan line and Sophronia the sister of James’ mother Aveline.

In December 1866, the Arkansas legislature declared that the marriages of all persons of color “now” living together as husband and wife, are legal and their children legitimate.[4] Old Joe was a slave of the Gantt family in Union County, Arkansas and prior to 1850 he married Susan a slave of the Wroten family. Susan lived about eight miles away from Old Joe. During his marriage to Susan, Old Joe began a relationship with Patsy also a slave of the Gantt family. Patsy and Old Joe lived in adjoining slave cabins. It is unknown whether their relationship was arranged by the Gantt family. Nancy Gantt a descendant of the slave owning Gantt family testified that Old Joe was the father of Patsy’s children and married Patsy by jumping the broom.[5]The Patsy line and the Susan line were deemed rightful heirs. When the case was decided, 93 descendants split ½ of the Jim Edwards estate.

“Old Joe” was my 4th great grandfather and I am a descendant of the Patsy line through her daughter Hannah Edwards McCoy. My great grandmother Clyde Darden received “penny” checks from this inheritance. By legitimizing “jumping the broom,” the Arkansas Supreme Court made it possible for my ancestors to inherit under law. This story was something of a legend in my family and we rarely discussed it. This court case produced genealogical information, documentation and testimony that has helped me on my journey to discover my ancestors.

“Emancipation called for a new chapter on the part of colored people,” said Mount Moore of Texas. “During slavery when they want to sell you, if you had a wife, they sell you from her anyhow. If you had brothers and sisters, they sold you from them.” But in freedom, “the colored people had a chance to get back with their folks.”[6]

The season ends with Belinda, George, Dr. Foster, Charlotte and Samuel embarking on a new journey of love, faith and forgiveness. Emancipation and freedom are on the horizon.