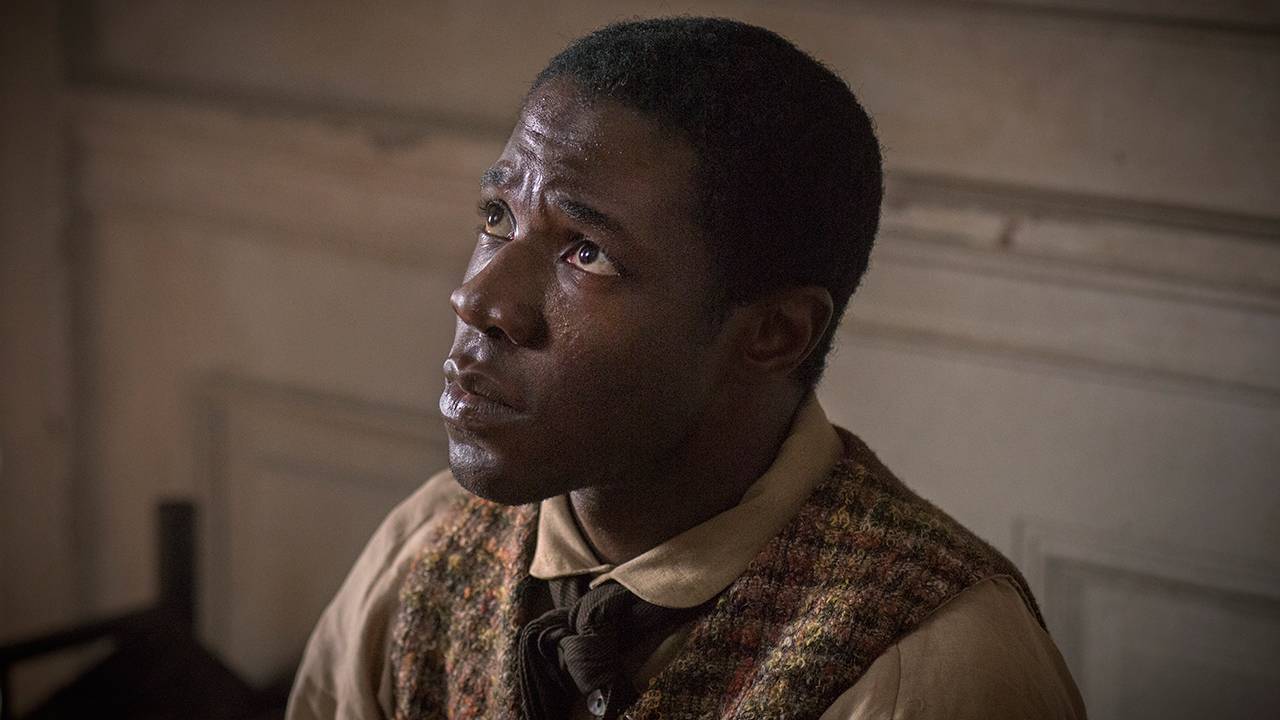 Samuel Diggs, as seen in Episode 5

The tension between Sam Diggs and the corrupt hospital steward, Silas Bullen could never be resolved peaceably and since our characters live in a world ruled by fear and racial inequality, it felt important to construct a realistic climax. However, Silas being the conniving character that he is would never deliberately put himself in harm’s way, so we needed to find a Machiavellian way for him to remove Sam from Alexandria. 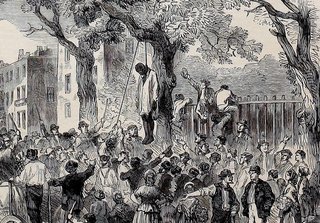 Draft Riots in NY, 1863 We constructed a storyline involving 3 brothers, Union soldiers from Delaware bent on catching the thief who stole their dead brother’s belongings and meting out their own brand of vigilante justice. We chose Delaware, a border state, because it was still slaveholding territory in the spring of 1862. The Davis brothers would have been used to the routine lynching of rebellious slaves. To them, hanging was suitable punishment for theft, especially if the perpetrator was an African American. Kansas, Missouri, Texas, Arkansas (among others) all embraced vigilante justice in the lead up to the Civil War and hanging criminals, suspected slave rebels or white abolitionists without a trial was commonplace. And lynching wasn’t relegated to the southern or border states; on July 13th 1863 in New York City some 120 people lost their lives when a protest over a new draft law turned into a violent race riot directed at the city’s black population. Over the course of 5 days at least 11 African American men were lynched by a white mob.

Silas, of course, is the real thief. He has been operating a profitable black market enterprise on the side appropriating anything of value from his stash of Army supplies, care packages and dead soldier’s belongings. The real Mary Phinney when describing the steward in her memoirs doesn’t mince words: “He is the meanest, hatefullest, (Oh help me to a word, I don’t care if it is profane) man that ever lived.” Our Silas clearly shares the characteristics of the real Mansion House steward! Silas has no qualms placing the blame on Sam’s head even though he knows full well it could mean certain death for Sam. He deliberately stokes the flames of revenge and sends the Davis brothers off to do his dirty business.

Sam’s lynching was a difficult scene to write and to film. We couldn’t let it happen off screen because it is a pivotal scene for both Sam and Jed Foster. The scene is just as much about Foster as it is about Sam. We see an evolution in Foster’s character, a realization that despite his deep-seated prejudice about African Americans, he cares enough about Sam as a person to want to save his life. Meanwhile Sam is confronting, perhaps for the first time, just how dangerous this world is even for educated, free blacks.