Sympathy and Science: Maternal Care and Maternal Mortality in the 19th Century

Posted by Shauna Devine on 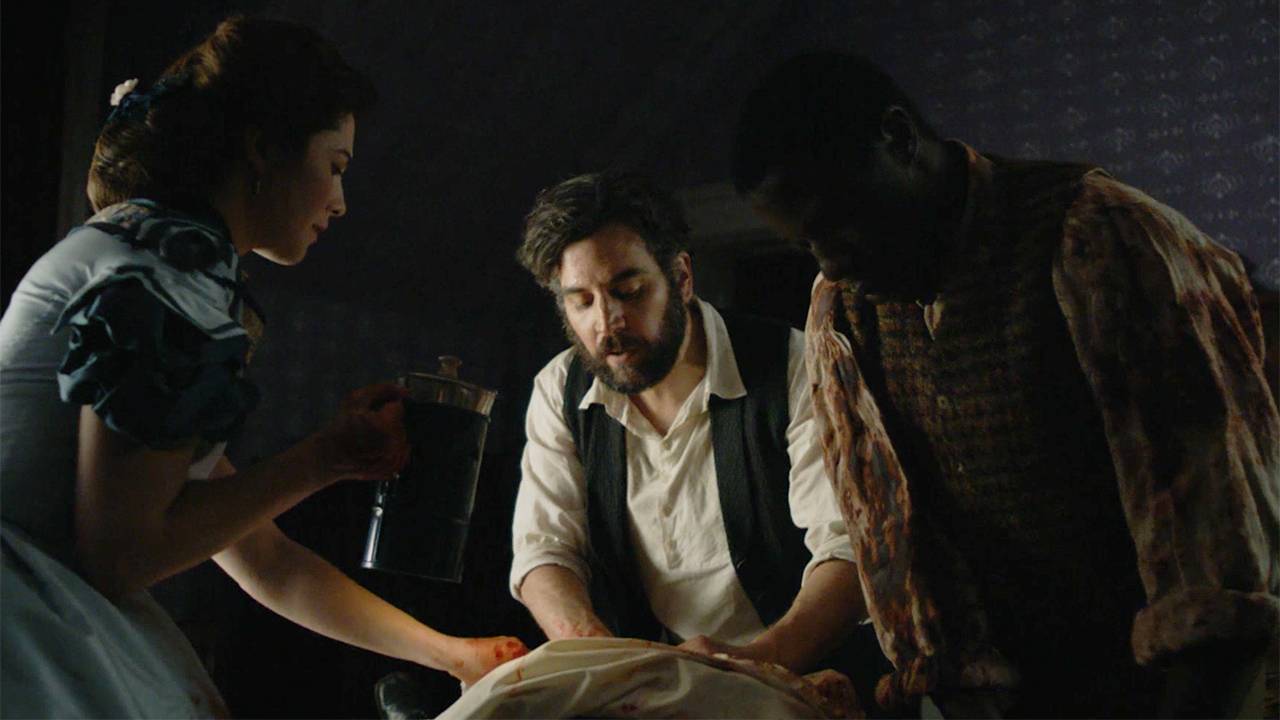 Sympathy and Science:
Maternal Care and Maternal Mortality in the 19th Century

Episode 4: The Belle Alliance takes the viewer beyond the traditional wartime cases of wound trauma and disease and instead shows Foster, Samuel and Nurse Mary treating Aurelia, a non-combatant of war, and engaging in a very rare and extremely difficult procedure: a modified caesarean section.

In this episode, Foster guides Samuel through the performance of the caesarean section, not to remove a child in this case, but rather to cut through the wall of Aurelia’s abdomen in order to gain access and repair an arterial laceration requiring sutures. A cervical tear, as in Aurelia’s case, though rare may extend to involve the uterine segment and uterine artery and its major branches—even through the peritoneum. It is of course television, and the scene plays out dramatically with the intense operation followed by Aurelia’s apparent recovery. That type of operation would not be an easy feat in 1862 and today a laparotomy would be required to repair a cervical tear that extended deep beyond the vaginal walls. But, just how common were caesarean sections in 1862?

It was, in fact, an extremely rare procedure and certainly one that was not performed often in a Civil War hospital. However, given Foster’s extensive post graduate training overseas, he would be an ideal candidate to mediate this largely experimental operation. 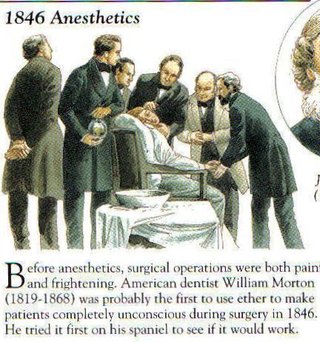 Anesthetic being administered Even with the introduction of anesthesia in 1847 the incidence of caesarean sections did not at first dramatically increase. Gynecologists and obstetricians were still mostly reliant on their speculum, the sound, and the curette.  A caesarean section was an anathema to most physicians for much of the nineteenth century.

For those physicians that did try the operation, outcomes were generally not promising—until the end of the nineteenth century a patient under-going a caesarean section faced almost certain death. It was not until the later 1880s, with the broader acceptance of antisepsis and the opening of the abdomen, that gynecology emerged as a separate surgical specialty (the American Gynecological Society was formed in 1876 and the American Association of Obstetricians and Gynecologists was established in 1888) leading to numerous advances in the field. By the early years of the twentieth century the operation was routinely performed with greater success rates. The caesarean section proved effective for managing complications such as contracted pelvis resulting in improved rates of survival for the mother and the baby. The caesarean section was even used with mixed success rates to treat other difficult conditions such as placenta praevia—which would have been unthinkable a generation earlier. But the Civil War proved to be an important training ground for emerging specialists of the period.

While physicians such as Foster, benefited from foreign travel, particularly to Paris and Vienna, and had seen the efficacy of specialization or found support for specialized research, it was with the emergence of the war, of a new medical context in America, that the possibilities of specialization in medicine could be seen but also accepted by the larger body of general practitioners. Before the war, physicians may have come across a specific type of case or class of disease only infrequently; thus, trying to forge a career in treating just the brain or heart disease, for example, would have been very difficult and not financially viable. 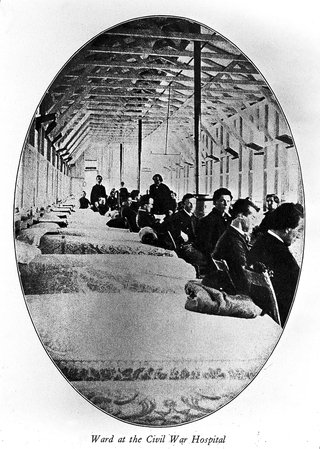 A ward in Turner's Lane General Hospital, a specialty hospital This changed during the war, and specialized hospitals were introduced for practical purposes: the separation of specific diseases could streamline medical practice during the war. Those physicians interested or adept at managing a particular class of disease often earned the appointment of surgeon in charge, or a post at a specialty hospital, and through the process physicians were able to display new forms of professional competence and authority. In this case of course, Foster was not at a specialty hospital nor was he specialist in women’s health; however, Aurelia’s case and Foster’s management of it, nicely demonstrates the ways in which a post at a wartime hospital might open up new professional opportunities for physicians. Hale, for example, would not know how to manage Aurelia’s case.

However, the different experience levels of physicians and the way in which each responded to the wartime challenges and opportunities created a hierarchy; as some physicians felt their limitations, others carved out fields of investigation, interpretation, and intervention in the management of particular diseases. Case histories, particularly those which detailed rare and difficult procedures, were submitted to the new Army Medical Museum and were also frequently published in European and American medical journals, and later, in the Medical and Surgical History of the War of the Rebellion. In the process, some American physicians found a new identity as a specialist and even went on to found new specialist associations in the postwar period.  Indeed, specialized study during the conflict was the attempt of some physicians to respond to the challenges that demanded specialized expertise and intervention while also profiting professionally from the opportunities that were presented.