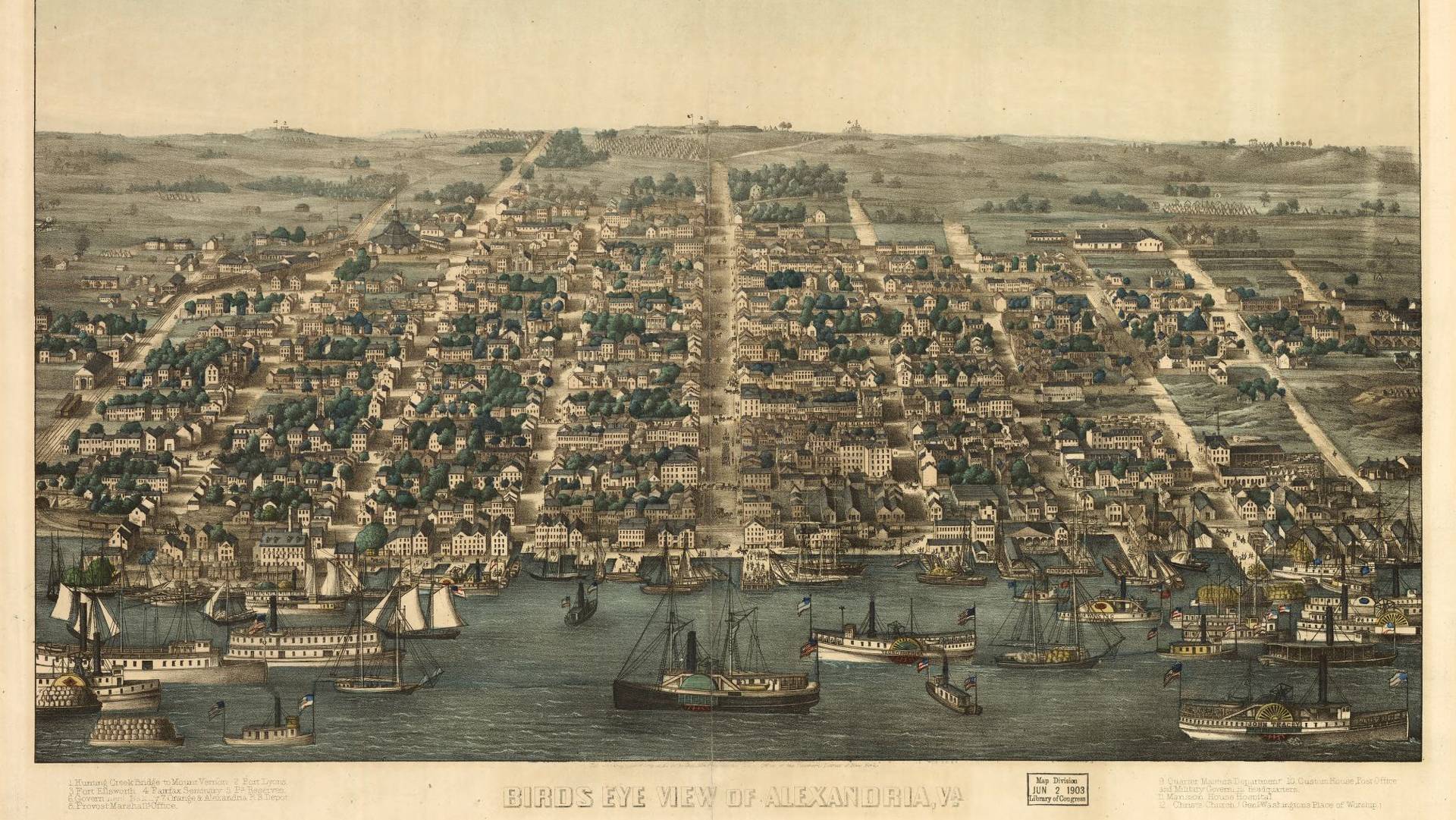 Mercy Street opens in the Spring of 1862 in Alexandria, Virginia. This timeline, provided by Audrey P. Davis, Director of the Alexandria Black History Museum in Alexandria, VA, is meant to point the viewer to important dates and places with emphasis on Alexandria's African American history. It concerns the period leading up to the Civil War, through Emancipation and the Civil Rights Act of 1866.

April 17, 1861: Virginia convention votes to secede from the Union.

May 23, 1861: Virginia’s vote of secession ratified by referendum.

- Marshall House incident--A large Confederate flag had flown from the roof of James W. Jackson’s Marshall House Hotel for weeks. Union Colonel Elmer E. Ellsworth removed the flag, and Jackson shot him as he brought it down. Jackson was then killed by Ellsworth's corporal. Ellsworth and Jackson became the first martyrs for their respective causes.

July 1861: The first general hospital in Alexandria is organized under the Surgeon General and opened in the Old Hallowell School.

August 6, 1861: First Confiscation Act nullified owners’ claims to fugitive slaves who had been employed in the Confederate war effort.

July 17, 1862: Second Confiscation Act said that Confederate slaves were free, but it was enforceable only in Union-occupied areas of the South.

October 1862: Julia Wilbur arrived in Alexandria to act as an aid worker.

Circa 1862: Harriet Jacobs and her daughter, Louisa, arrived in Alexandria to serve as aid workers there and in Washington, DC. Both women were former slaves. Harriet was educated by a former mistress, and Louisa was educated at an abolitionist boarding school. Harriet Jacobs penned one of the most famous slave narratives under the pseudonym Linda Brent.

February 1863: General Slough mandated that homes at 321-323 S. Washington Street be used as a Contraband Hospital.

May 22, 1863: The Bureau of Colored Troops established with General Order #143. The regiments of the Union army that were composed of African American men were called the United States Colored Troops (USCT).

March 1864: Burials began in a freedmen’s cemetery in southern Alexandria, currently found at the corner of S. Washington and Church Streets. For a short period of time, African American soldiers were also buried there.

December 1864: More than 400 USCT soldiers petitioned for the right to be buried at the Soldiers Cemetery, Alexandria’s military cemetery. The request was granted.

1865: All troops buried at the freedmen’s cemetery were disinterred and reburied at Soldiers Cemetery.

March 3, 1865: The Freedmen’s Bureau was established to improve living conditions and opportunities for the freedmen.

April 9, 1866: Civil Rights Act of 1866 granted full citizenship to anyone born in the U.S. (with the exception of Native Americans).