Posted by Anya Jabour on 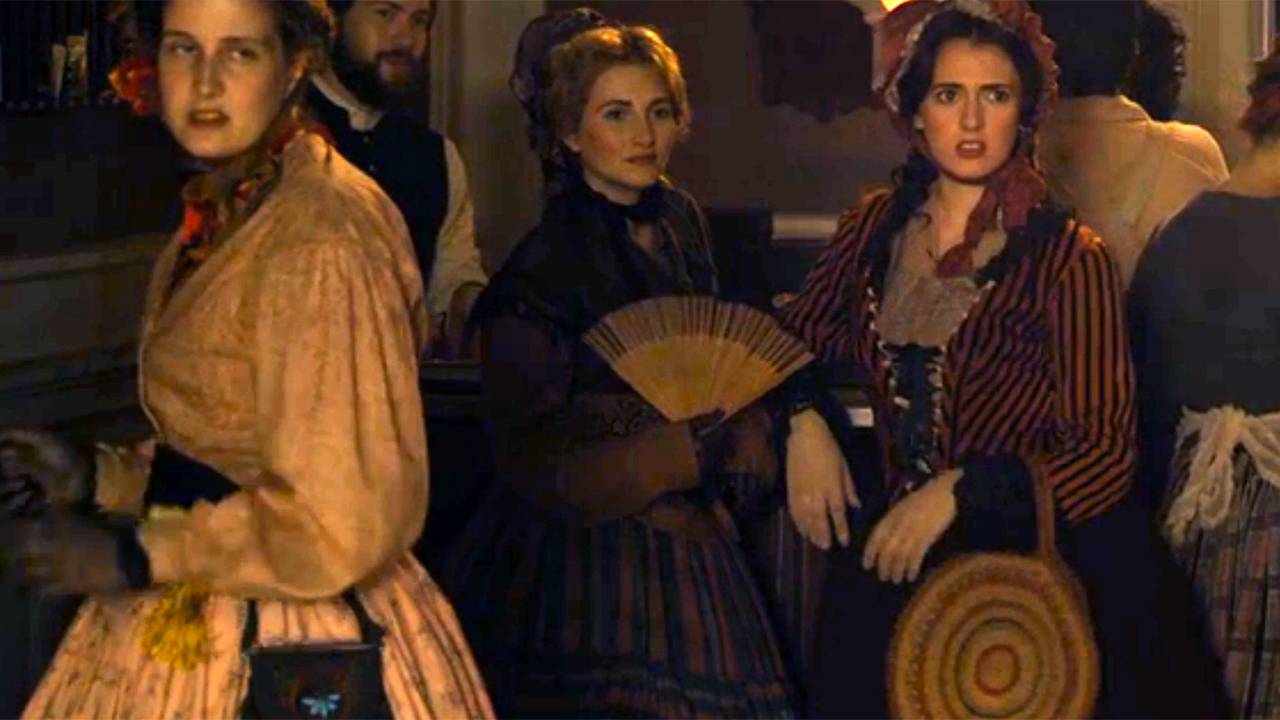 Prostitutes at Mansion House Hospital, as seen in Episode 5

“No work, no money, and no home”: Women’s Work and Sex Work in Nineteenth-Century America

In this blog post, Jabour examines how the vast majority of self-supporting women continued to eke out an existence in the Civil War era.

“War has a funny way of changing all the rules,” Alice Green explains her disregard for the convention of chaperone in the midst of the Civil War. While the war did indeed change “the rules”—relaxing the restrictions on travel and courtship, for instance—for elite white women like Alice and Emma Green, the war had less dramatic results for wage-earning women.  While new opportunities, such as nursing, opened up for educated white women like Emma Green and Mary Phinney, the vast majority of self-supporting women continued to eke out an existence in the Civil War era.

Half of all women in antebellum America worked for pay at some time in their lives, but most ceased to earn wages after marriage. Women’s work histories varied depending on their class standing. About half of all American women never worked for pay. These were wealthy upper-class women, like the women in the Green family. Of the half of women who worked for pay prior to marriage, the majority—two thirds—quit their jobs upon marriage. These were middle-class women, like Nurse Mary Phinney. The other 1/3—or 1/6 of the total female population—continued to earn wages throughout their lives. These were the working poor, and many of them, like Matron Brannan, were immigrants. Most prostitutes—like those who appear in almost every episode of Mercy Street—were drawn from this class.

Women in antebellum America had few options for self-support. Throughout the nineteenth century, domestic service—including cleaning houses, laundering clothing, preparing meals, and caring for children—was by far the most common paid occupation for women. However, because servants were required to live in the households of their employers, receiving most of their pay in the form of room and board, and had limited autonomy, most women preferred other types of wage labor. By 1850, approximately one-fourth of all factory workers were women. Factory work included textile production (i.e., spinning thread and weaving cloth) and making ready-made clothing (i.e., cutting patterns and sewing trousers), increasingly with the use of power machinery. Outside of the factory walls, the “needle trades” also included finishing clothing—hemming pants, for instance—by hand.  None of these occupations offered financial stability, even with regular employment, and many women, especially in the “needle trades,” frequently found themselves unemployed during economic downturns.

Economic necessity and the desire for an easier life drove many women to the sex trade in the decades leading up to the Civil War. In 1859, Dr. William Sanger’s study of 2000 prostitutes confined in New York’s Blackwell’s Island prison revealed that half of the women had worked as domestic servants before entering the sex trade, and another quarter had worked as seamstresses. (Abused and abandoned wives made up the remaining one-fourth.)  According to Sanger’s study, one-fourth of the women at Blackwell’s Island reported being destitute before entering the sex trade. Their stories revealed the desperate circumstances of working-class women in nineteenth-century America. As the case history of one inmate tersely put it: “No work, no money, and no home.”

Although most women clearly regarded sex work as a last resort, one-quarter of the women in Dr. Sanger’s study claimed to have entered the trade voluntarily.This choice, of course, was shaped by financial considerations.While prostitution was rarely lucrative, a sex worker could earn as much in an hour as a seamstress could in a day. As feminist speaker Caroline Dall told a Boston audience in 1859: “Lust is a better paymaster than the mill-owner or a tailor. Compare the price of labor with the price of dishonor, and you will cease to be surprised that women fall.” Abolitionist William Lloyd Garrison quoted a prostitute’s response to a well-intentioned missionary:

I know you mean well by coming here, but I don’t know how much good it will do.  Instead of coming here you had better go around to some of these factories and shops that grind a poor girl down to $2 a week, and get them to pay better wages.  It’s no use; a girl can’t live on what she gets.”

The limited evidence available suggests that a growing number of women turned to prostitution during the Civil War, but southern cities had a thriving sex trade well before the war. New Orleans, in particular, gained a reputation as “a perfect Sodom.”  One outraged observer was appalled that even on Sundays, the city hosted “brothel balls” to pair up potential clients with sex workers. “The assemblage of prostitutes and lewd women at these [ball] rooms, is without exception . . . the most wanton, debasing and licentious exhibition of human passion ever witnessed,” he complained.

Part of what made southern cities’ commercialized sex especially disreputable was the public sale of interracial sex. On Christmas Eve in 1855, police conducted a raid on the Globe Ballroom and arrested “quite a number of colored folks, both male and female, bond and free.” According to one newspaper editorial: “These balls, where white and colored people indiscriminately mix and mingle . . . stand foremost among our city’s curses . . . it is high time that such a degrading public amalgamation should be prohibited.” Although, as Aurelia’s situation suggests, white men often engaged in sexual liaisons with African American women, open acknowledgment of “public amalgamation” was strictly taboo.

Indeed, while the exigencies of wartime challenged the status quo, the American South remained an extremely hierarchical society, stratified by race, gender, class, age, and legal status. Even as some white southerners, like Jimmy Green Jr., reluctantly adapted to changing circumstances, many others, like the members of the Knights of the Golden Circle, became even more determined to resist change—by any means necessary.

Amy Dru Stanley, From Bondage to Contract: Wage Labor, Marriage, and the Market in the Age of Slave Emancipation (Cambridge University Press, 1998), quotations pp. 231 and 239.

Patricia Cline Cohen, The Murder of Helen Jewett: The Life and Death of a Prostitute in Nineteenth-Century New York (Vintage Books, 1998)

John D’Emilio and Estelle B. Freedman, Intimate Matters: A History of Sexuality in America (New York, 1988)