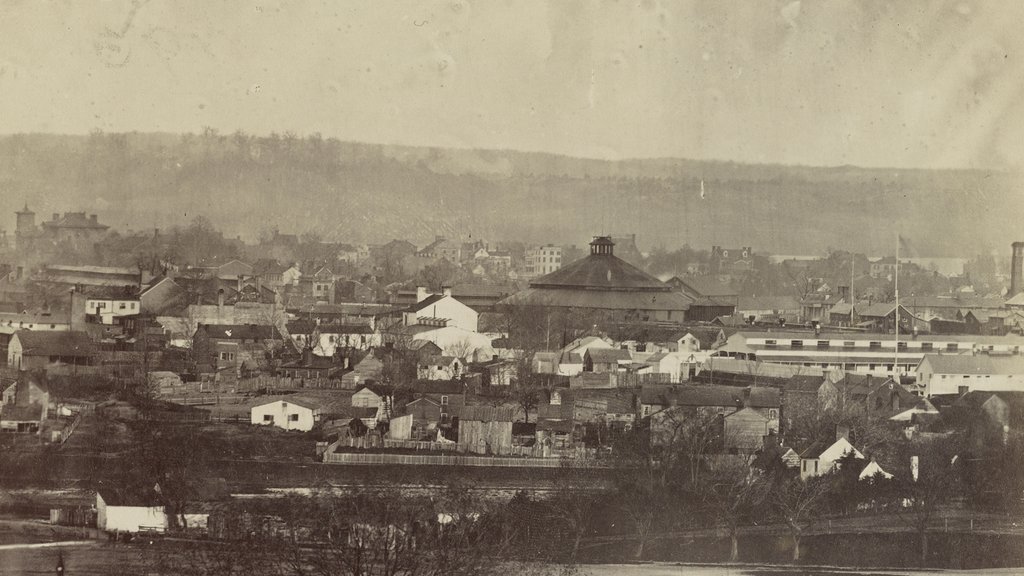 On April 17, 1861 Virginia delegates produced the Virginia Ordinance of Secession, stating Virginia’s intent to join the Confederacy. A month later on May 23, the citizens of Virginia approved the Ordinance by a popular vote of 132,201 to 37,451. James Green described the event in his diary as “the most quiet election I ever saw in town.”

Union forces arrived in Alexandria the following morning, thus marking the beginning of a four-year occupation of the city. Alexandria would become the longest occupied city in the entire Confederacy.

Alexandria – The Crossroads of the Civil War

On May 23, 1861, when Virginia officially voted to join the Confederacy, the fate of Alexandria was all but sealed. Alexandrians knew that their location, just across the Potomac from the ever-growing masses of Union troops, and their strategic value as a transport center, would make them an inevitable target. That reality came to be the very next morning, when Union troops landed there and began what would be a four-year occupation, the longest of any Confederate city in the Civil War.

In October of that year, a writer for the local news wrote of the city:

There has been, we expect, few places more affected by the present war than Alexandria. Not six months ago, a thrifty growing city — with an energetic, prosperous, and happy population — unusually free from the crime and misery of cities generally, Alexandria occupied an enviable position, and in a social point of view, stood pre-eminently high. But a change — aye! — a sad change has come over the good old town. A large number of the oldest and most respected families are no longer "of us," having left their homes at the beginning of the war — their houses are closed or occupied by others, and their wonted life and cheerfulness has departed. The many pleasing promenades and places of familiar resort in the neighborhood are deserted, and the streets on which principally are residences of the citizens present a most desolate appearance.

In the spring of 1862, when the story of Mercy Street begins, Alexandria had become the “Crossroads of the Civil War.” The Confederate victory in the Battle of Bull Run 10 months earlier sent wounded soldiers from both sides of the conflict flooding into the city, presenting an unprecedented and overwhelming scale of casualties that brought a desperate need for more hospitals. Mansion House, which became the largest of these hospitals at more than 500 beds, was confiscated from prominent Alexandrian James Green, and had been the most luxurious hotel in the region.

The once prosperous Southern port and railroad town was now a melting pot including military personnel and civilians on both sides of the conflict, nurses, doctors, wounded soldiers and a growing population of escaped slaves who were flooding the city to achieve relative freedom and employment opportunities. Technically still the property of their former masters, these escapees were labeled “contraband” in order to prevent them from having to be returned. By 1863, some estimates put the number of contrabands in the city at 18,000, an increase of more than 10,000 in a period of just 16 months.

To learn more about Alexandria during the Civil War and to take advantage of unique Mercy Street tours and experiences, visit www.visitalexandriava.com.