Commemorating D-Day: The Beginning of the End of WWII

On the 2014 National Memorial Day Concert, we commemorated the 70th anniversary of D-Day, the Allied invasion of Normandy that turned the tide of World War II and began the liberation of Western Europe. The scale of this military endeavor was so ambitious, even General Dwight D. Eisenhower was awed by the enormity of it all.

“…You are about to embark upon a great crusade, toward which we have striven these many months. The eyes of the world are upon you. The hopes and prayers of liberty loving people everywhere march with you…” 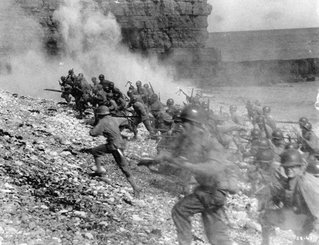 2nd Ranger Battalion training for the D-Day invasion In the early hours of June 6, 1944, the largest force of war machines and men ever assembled in human history crossed the English Channel to land at Normandy. The Germans saw them coming and readied their counter-attack. Out of the 160,000 troops who landed on D-Day, 73,000 were Americans. Five thousand died on the beaches, most in the first few hours.

The 225 men of the 2nd Ranger Battalion, known as Dog Company, were assigned the most desperate undertaking of D-Day: take out the massive cannons on Pointe du Hoc. The Rangers had to climb straight up the cliffs into German machine gun fire and grenades. They succeeded in their mission and then successfully defended their position against the Germans for another two days. But by then, of the 225 rangers that climbed the cliffs, only 90 were left. 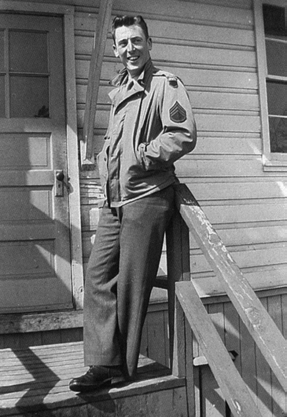 To learn more about D-Day, Len Lomell and others who served in World War II, visit the National World War II Museum in New Orleans.

The producers of the National Memorial Day Concert would like to thank this museum for providing information on the Normandy invasion and specifically on Leonard Lomell, as well as Patrick O’Donnell, the author of Dog Company: The Boys of Pointe du Hoc--the Rangers Who Accomplished D-Day's Toughest Mission and Led the Way across Europe.

Photos of D-Day training missions in England are courtesy of Patrick K. O'Donnell