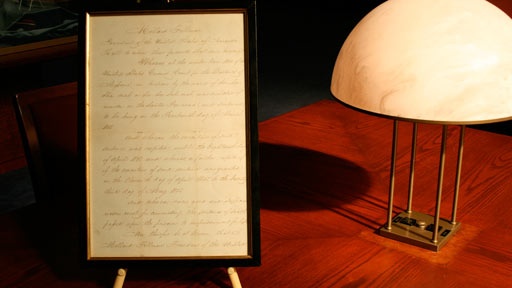 By the middle of the 19th century, a vast new territory from New Mexico all the way to California beckoned settlers and homesteaders. But as their wagon trains rumbled west from Missouri, along major arteries such as the Santa Fe Trail, they cut through the heart of Indian country and came under frequent attack.

More than a century and a half after these violent events, History Detectives takes a closer look at an old paper that shows President Millard Fillmore engaged in what appears to be an unusual act for the time - sparing the life of a Native American convicted of murder.

In the paper the President commutes the death sentence to life in prison for a solitary Native American named See-See-Sah-Mah, convicted of murdering a St. Louis trader along the Santa Fe Trail.  Fillmore’s pardon saved See-See-Sah-Mah’s life, but why?

Read extracts from the See-See-Sah-Mah case file found buried at the National Archives in a box.