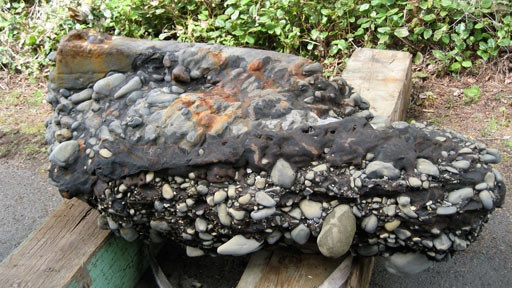 Beachcombers on the Oregon Coast spotted what looked like large, rusty rocks sticking out of the sand. The State of Oregon, who has recovered the encrusted objects, believes they house priceless artifacts, cannons from the 1846 shipwreck of the USS Shark.

The Shark and a few fast-sailing schooners like her were built in the 1820s to suppress slave traders and pirates. In 1846, the Shark was sent on what may have been her most challenging mission, to resolve the matter of the “Oregon question.”

In the Pacific Northwest, both the United States and Great Britain laid claim to large stretches of the Northwest Territories. The Shark's mission was to uncover intelligence on the British and their intentions, but the vessel met with disaster, wrecking and sinking while attempting to cross the treacherous Columbia Bar.

History Detectives tracks the 162-year-old naval tale with the help of lead investigative archaeologists from the U.S. Navy and the State of Oregon.