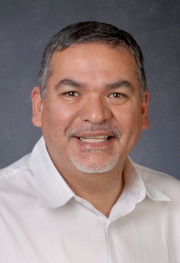 Ricardo Sandoval-Palos is the public editor of PBS. In that role he serves as the interlocutor between the audience and PBS and the creators of the content that PBS airs.

Sandoval-Palos has established himself as a high caliber investigative journalist and editor, having previously served as Senior Editor at InsideClimate News, Managing Editor at 100Reporters, Supervising Editor of NPR’s Morning Edition, Project Manager at the International Consortium of Investigative Journalists and assistant city editor at The Sacramento Bee. He was a Latin America correspondent for The Dallas Morning News and The San Jose Mercury News, and investigative reporter for Orange County Register and The San Francisco Examiner.

Public Media Needs to Step Up Its Game in Leadership Training

Public media must do more for its employees’ professional development, writes Deanna Martin Mackey in Current. Mackey is president and executive director of Public Television Major Market Group, a consortium of the nation’s 40 of the nation’s largest public TV stations by market size.