Watch Ride the Tiger: A Guide Through the Bipolar Brain on demand first, and then join us for the panel discussion.

Ride the Tiger: A Guide Through the Bipolar Brain
A one-hour documentary that tells the stories of individuals with bipolar disorder.

Join us for a panel discussion on the topic of mental illness and the resources available for those affected by it.

Ride The Tiger, A Guide Through the Bipolar Brain was produced by Detroit Public Television and aired on PBS stations nationwide in April 2016. The documentary tells the stories of highly accomplished individuals who have been diagnosed with bipolar disorder. 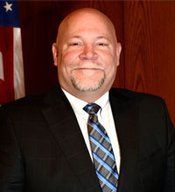 Ken Massey is a lifelong resident of Farmington Hills. He was elected to City Council in November 2003. Ken served our community as Mayor Pro Tem in 2006, 2010 and 2015. He is a member, and past chair, of the Farmington Hills/Farmington Emergency Preparedness Commission. Additionally, he is a founding member and chair of Farmington SAFE (Suicide Awareness for Everyone). Ken advocates nationally for Farmington Hills as a member of the National League of Cities (NLC) Public Safety and Crime Prevention Steering Committee and served as the organization’s chair in 2012. Ken previously represented residents and their interests as President and trustee of the Farmington Area Council of Homeowners Associations and remains active as a member of his subdivision's homeowner association board. 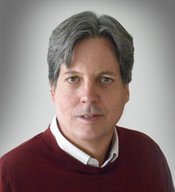 James T. Hansen is a Professor at Oakland University in the Department of Counseling. Dr. Hansen has published over fifty articles in leading professional journals and several books. Two of his books have won awards for their contributions to humanistic philosophy in counseling. Dr. Hansen has over twenty-five years of experience as a practitioner, supervisor, and consultant.  He is currently supervising and consulting at Pathways2 Christian Counseling Center in Warren and Farmington Hills. 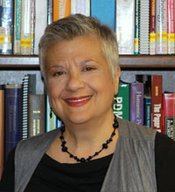 Dr. Brown is Program Director and Chief Academic Officer at the Michigan School of Professional Psychology​, where she received her Doctor of Clinical Psychology and Master of Arts degree. In addition, she received a Bachelor of Science in administration from Central Michigan University. Dr. Brown also maintains a private practice in Clinton Township where her areas of focus include working with adults, children, couples and families with a variety of mental health issues. As a former executive in Michigan’s largest insurance corporation, Dr. Brown brings to MiSPP’s MA and PsyD programs an extensive knowledge of health care delivery and business practices. Before becoming Program Director, she served as MiSPP’s Director of Clinical Training. Dr. Brown has worked in private practice, in a large, hospital-owned outpatient clinic and at a small, community-based organization. Dr. Brown is an active community volunteer and has received awards for her clinical excellence and diversity efforts. 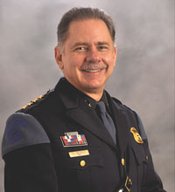 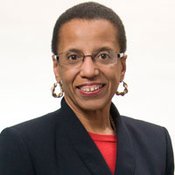 Dr. Hotchkiss, originally from Michigan, received her undergraduate degree from Harvard College, and her MD degree from Harvard Medical School, is Board Certified in Psychiatry, and is a Member of the American College of Psychiatry.  After completing her training in psychiatry in Detroit, she worked in and then led the Department of Psychiatry of the former Sinai Hospital of Detroit, now part the DMC system as Sinai-Grace Hospital.  The department included over 140 staff including physicians, advanced practice, and masters-prepared nurses, psychologists, social workers and others and a 36 bed inpatient unit, 2 Day Hospitals, multiple ambulatory clinics, crisis clinic, the region’s first clinic for the Deaf and Hearing Impaired, Med-psych, geriatrics and ACT programs and highly competitive psychology, social work and nursing training programs. Over her career, she has focused on medical education for physicians in training and practicing physicians, and has served in a number of different leadership roles, including Assistant Professor (Clinical), and Associate Chair of the Department of Psychiatry and Behavioral Neurosciences at Wayne State University School of Medicine; Associate Dean, University of Wisconsin School of Medicine and Public Health, Milwaukee Campus, and Chairperson of the State of Michigan Board of Medicine. 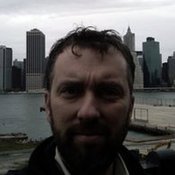 Ed Moore is highly regarded for his insightful storytelling which conveys often highly technical information in a disarming, jargon-free manner. As the Director of Content at Detroit Public TV, Ed’s work has appeared on PBS, PBS NewsHour, SciTech Now, Need to Know, and WORLD. Winner of the DuPont-Columbia Award for Beyond the Light Switch, a documentary that guided viewers into the inner workings of our existing energy infrastructure. Ed is able to take complicated science and facts and create programming that is compelling, edifying, and highly accessible viewing.

The event is in partnership with Farmington S.A.F.E. ( Suicide Awareness For Everyone ); NAMI (National Alliance on Mental Illness); Beaumont Hospital; MiSPP (Michigan school of Professional Psychology ); Farmington Hills Police; Farmington Public Schools; and the Farmington/Farmington Hills Mayors Youth Council. The event is made possible thanks to funding from the George Riley Foundation.