Behind-the-scenes stories from the makers of Soundbreaking

The Sound of Science

Last Updated by Soundbreaking Editor on 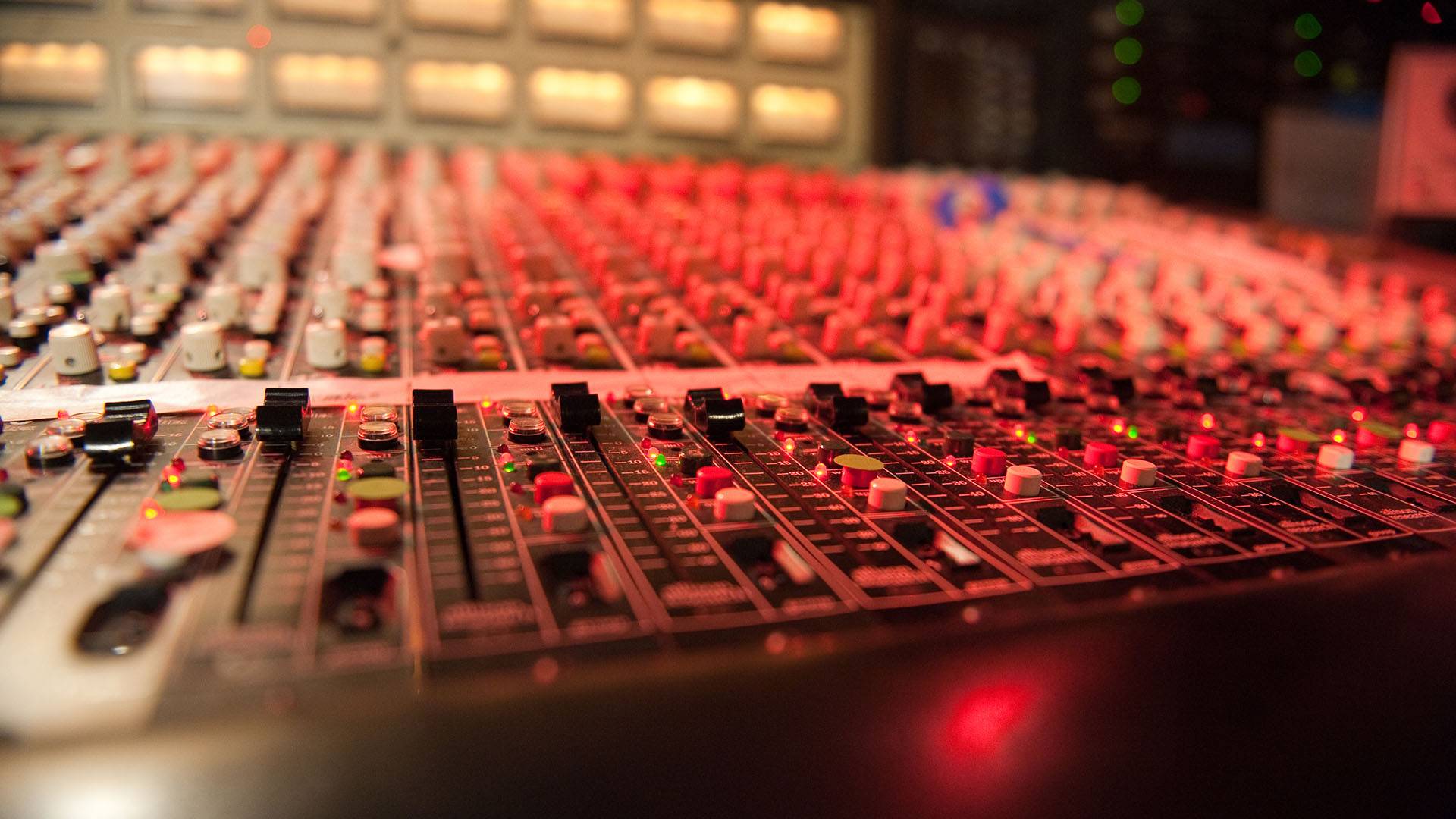 To me, music is a mirror we hold up to society. If society changes, music changes. So too with technology. Here’s a couple of data points for you to plot out: it’s been 500 years since Thomas More wrote his classic work “Utopia” - meaning, literally “no place.” But in the intervening time, we’ve had so many upheavals in society - from the rise of Industrial Revolution, to the rise of late Capitalism - we have a soundtrack that has to parallel a society moving at the speed of light through fiber optic cables and satellites transmissions, holding our information age together. A world woven from our manipulation of electrons, protons, and quantum physics.

Welcome to the 21st Century. You already live here, you just might not have known it. So maybe we live in a utopia turned upside down - in digital space, there’s no place. It’s all code.

How much data is produced everyday around the world? It’s been estimated that about 90% of all the data in the world has been created in the past few years. According to IBM, 2.5 exabytes was generated every day in 2012, and the United Nations suggests that most of the world will be on the Internet within a couple of years.

What’s the soundtrack to that? Let’s put this in perspective

It’s been just over a hundred years since the “sound system” really took hold of the popular imagination. When Luigi Russolo wrote his groundbreaking “Arte dei rumori” (The Art of Noises) in 1913, human beings hadn’t walked on the moon, didn’t know what genetic engineering was, had just recently thought of flying, and barely had any inkling of the complex linked information systems to come. The concept of what made music a part of everyday life was still tied to how people heard and consumed it “live.”

Russolo wanted to change that. Why? Because it was a reflection of the way we think about sound and the city. He wrote “As it grows ever more complicated today, musical art seeks out combinations more dissonant, stranger, and harsher for the ear. Thus it comes ever closer to the noise sound.”

But half the battle for what we might think of as the way we consume modern music wasn’t just about the way we put together a song, a melody, a riff. It was about how we shared the material. That’s where centuries of culture really changed: with the rise of recorded music. Is empathy a shared experience? Is memory? Can we really think of a sound we haven’t heard, and put it into something another human being would be able to understand?

So many times you might be at a concert and everyone has their cell phone in the air doing whatever works: tweeting, instagramming, snapchatting away the event, to the point where they might not even really need to be there at all. Sigmund Freud wanted to call this modern displacement of experience the unheimlich or “uncanny” - it signaled a deep “dis-association” between the way we lived, and the psychological sense of being present, and the edge of something we can’t quite explain.

In the century since Russolo made his manifesto for a sound that reflected the industrial landscape, we’ve moved further into a digital culture that is governed more and more by bits and bytes. To me, this is where writers, artists, musicians and scientists can all agree: the power of the invisible world of information has changed the way we see reality.

The term studio comes from the Italian term derived from the Latin term studium, from studere, meaning to “study with zeal.” If you check out the French term for studio, atelier, there’s even more associative contexts - it points to an artist’s studio as an equivalent place for fashion, design, acting, architecture, painting, pottery, woodworking, film making, radio or television - whatever you want to do, you do in the studio. But for the 21st Century, the concept of the studio has evolved from a physical place to digital space.

Sticking to that theme, the French the term for studio, atelier, refers to a wizard or sorcerer’s laboratory. It also alludes to the space dancers would use as in “dance studio.” Combining the ideas of how a studio works in the 21st century with the evolution of digital forms - the collision of code and culture - you have to look at the fact that most of the ways we envision modern culture are made in it. From digital media to genetic engineering, the term studio is kind of like a “lab,” where the alchemy of modern information is distilled into so many myriad forms it’s hard to really boil it all down to one aspect. The basic theme here is that musicians led the way for the studio to be used as an instrument in its own right. When you think of a sound system, there’s a similar logic at work.

Think of the interviews in Soundbreaking as a snapshot into the minds of some of the most creative people involved in the transition from the 20th century’s obsession with how music was played into the 21st century’s obsession with how music is shared. If the studio is a lab where experiments in sound are made, then the way the musicians you hear made their work points to a place where the creativity never truly ends - we all share, exchange, update, remix and transform the gift that has been given to us by artists.

It’s been said that “science is the poetry of reality.” What happens in the artist studio where we take material made in collaboration between members of a band, or producers, or Dj’s, and share it with the world as a contemporary update of alchemy? The studio becomes a place where we can create new fictions from the threads woven together - we all speak from the heart and mind, in new form, floating in the ever present, fleeting moments of recordings.

From rock, to jazz, to hip hop and R&B and beyond, we all know this to be true.

That’s the sound of science.

The Era of Private Music Listening

Engineer Bob Ludwig traces the rise of the cassette tape.

What Would Happen to the Music Business Without Electricity?

The Who in the Studio: The Synth is a Member of the Band

The synthesizer played an unforgettable role on the incredible back catalog of The Who.

Soundbreaking: Stories from the Cutting Edge of Recorded Music