The proteins that make up the icosahedral capsid structure of the virus are shown.

Papillomaviruses are numerous—as of 2015, there were over 100 recognized species. Many of these infect humans and can cause symptoms ranging from benign growths (called warts, or papillomas) on the skin, respiratory tract, or genitals, to several types of cancer. In 2006 the first vaccines became available against strains of human papilloma viruses (HPV) that can cause genital warts and cancer. 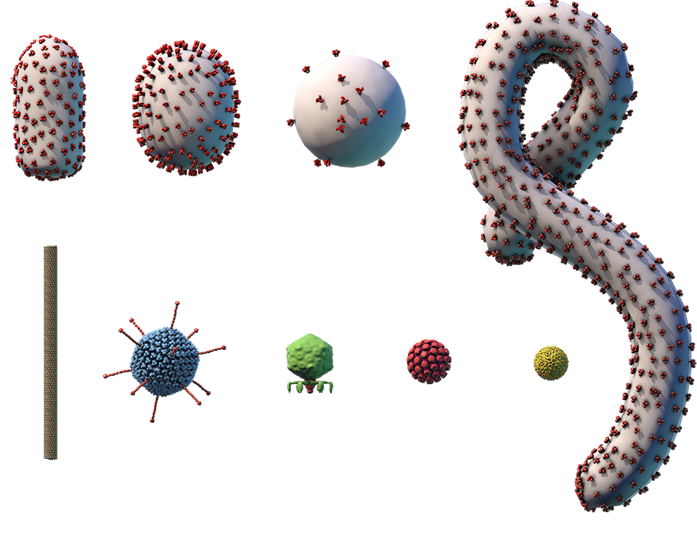