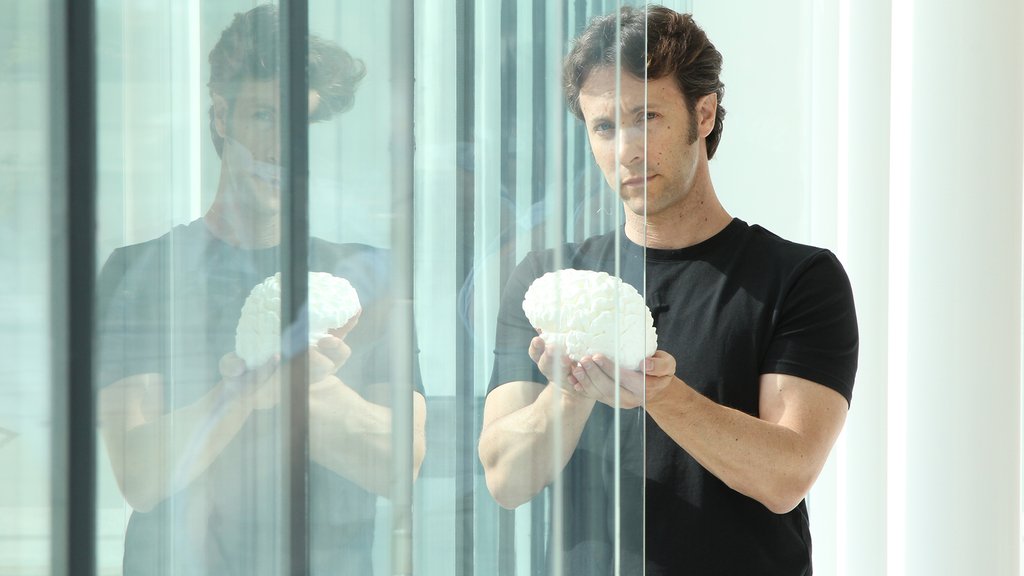 David Eagleman is a neuroscientist, New York Times bestselling author and Guggenheim Fellow. He is the writer and presenter of The Brain, an international 6-hour television series that asks what it means to be human from a neuroscientist's point of view.  He holds joint appointments in the Departments of Neuroscience and Psychiatry at Baylor College of Medicine in Houston, Texas. Dr. Eagleman’s areas of research include time perception, vision, synesthesia, and the intersection of neuroscience with the legal system. He directs the Laboratory for Perception and Action, and is the founder and director of the Initiative on Neuroscience and Law.

He is the author of several neuroscience books, including (1) The Brain: The Story of You, (2) Incognito: The Secret Lives of the Brain and (3) Wednesday is Indigo Blue: Discovering the Brain of Synesthesia. He has also written an internationally bestselling book of literary fiction, Sum, which has been translated into 28 languages and was named a Best Book of the Year by Barnes and Noble, New Scientist, and the Chicago Tribune. Dr. Eagleman writes for the Atlantic, New York Times, Discover Magazine, Slate, Wired, and New Scientist, and appears regularly on National Public Radio and BBC to discuss both science and literature. He has been a guest on the Colbert Report and profiled in the New Yorker.

Q+A with the Host

Learn how David Eagleman got interested in neuroscience and more.