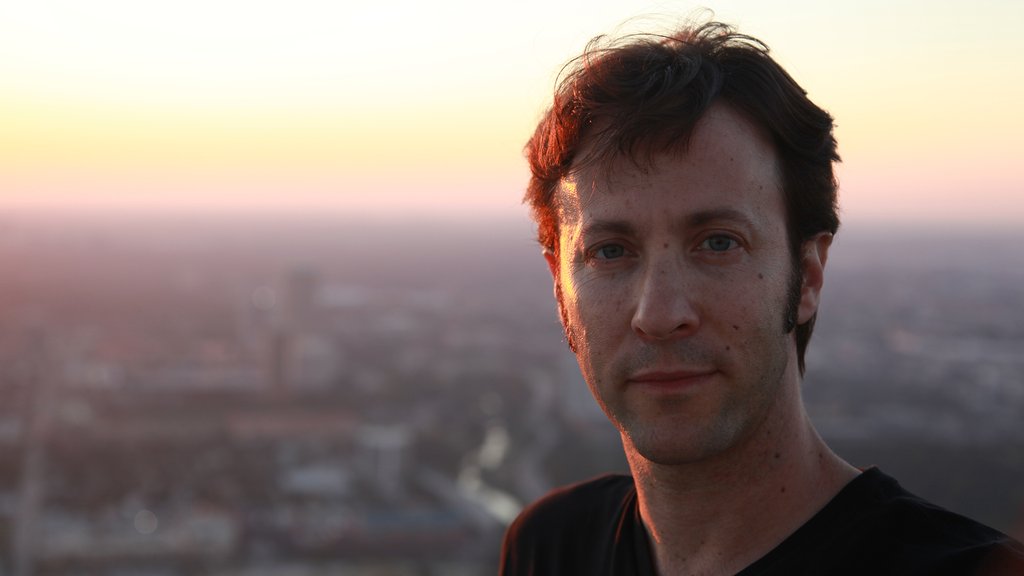 What got you into neuroscience – tell us a little about your journey to now?

My interest in the brain was seeded in my childhood. My father was a forensic psychiatrist and my mother was a biology teacher. Then, when I was in the 3rd grade, I fell off a roof of a house under construction—and the journey down seemed to take a long time. That got me thinking a lot about how we perceive the world, and the possibility that our sense of reality is warpable. From that vantage point, one naturally begins to wonder how we know whether to take anything as true or real. I went to graduate school for a PhD in neuroscience and have been running my own research laboratory ever since.

That’s a overly generous phrasing.  In point of fact, it’s impossible to keep up with all the different fields, and the more I learn the more I’m keenly aware of the vast extent of my ignorance. As a species, we really don’t yet know most of what we should know, and that becomes most apparent when you’re deep into a field.
In any case, back to the spirit of the question: reading widely and studying different fields is a basic strategy to maximize the chances of cross-fertilization between fields. Many good ideas, and almost all of our current technology, have come about from putting fields in the blender together—or as my colleague Matt Ridley puts it, from “ideas having sex.”  In this light, my advice to my students is to read widely and to retain the wide-ranging curiosity of a child.

Do you have any free time?

Ah, “free time.”  I remember reading about that once.

What would you say to anyone thinking of studying neuroscience?

It’s a burgeoning field.  I wouldn’t recommend graduate school to everyone; there are other ways to explore the field to different degrees of depth and satisfaction.  For those who do go to graduate school, I would advise them to keep an eye on whether they’re going down a rabbit hole with their specific line of research. There are so many wonderful questions to pursue in the field, but it’s surprisingly easy to get caught in very narrow crags, to do a great job answering questions that have no impact in the end. Be careful to avoid those traps. Always keep your eye on the big questions that charmed you into the field in the first place. Also, to undergraduates: make sure you take at least a few philosophy courses and a few programming courses as part of your education.

The brain is a very popular subject in the media and with the general public – why do you think?

The operations of the brain represent the core of who we are, how we decide, our experience of reality, and the basis of our opinions and beliefs. Although other parts of the body are involved in your identity (for example, your endocrine and immune systems), your brain is the densest representation of you.  An identity concentrated in 3 pounds, written in invisibly small language of neural forests.

What makes this project different?

Here’s what The Brain different from the rest of my science career: I’ve published almost 100 academic papers, several books on neuroscience, and thousand page Cognitive Science textbook – but this series has been an entirely novel experience for me. Television is an extremely powerful medium for opening up the wonder of scientific pursuit. Narrative arcs and gut-punching emotions and visual aha moments are difficult to squeeze into a journal article, but in a television series they are part of the fabric. A simple alchemy of captivating images and plainspoken truth can bring the human element of science to the forefront.

What did you want people to take away from the series?

I want people to understand themselves at a deeper level.  I don't know why self-knowledge is something so difficult to unmask, but the fact is that most of us move through the world as though we understand ourselves until it’s lain bare that we don’t.  The philosopher Martin Heidegger pointed out that we need to “do violence” to our assumptions or else we remain trapped in an anesthetised, unquestioned framework.  I hope this series sprouts a dozen new question marks over a viewer’s head with each episode.
I also hope the series gives a sense of the broad scope of modern brain science – including the things we know from decades or centuries of scientific rigor (and which therefore don’t invite cocktail-party speculations) and those things we don’t know (which I hope will inspire the next generation to pursue).

Tell us about the genesis of the series, and what made you want to make a series of this kind.

Many people have talked about the need for something like Carl Sagan’s Cosmos for the brain. Somehow, that proved very difficult to get off the ground. Several production companies I originally spoke with assured me that such a series could no longer be made, “because television audiences just don’t have that kind of attention span anymore.”  I chose to disbelieve that, and I was lucky enough to finally meet Justine Kershaw and Jennifer Beamish from Blink Films. From the beginning, they had the same vision I did: to make an epic series about the brain with a seriousness of purpose, with a rigorous adherence to facts instead of empty calories, and with an eye toward ambitious questions rather than a listing of factoids. Together we flew out to the Center for Public Broadcasting, pitched our vision, and won grant funding to make the series.  We then sat down at a big conference table with a stack of blank index cards and started capturing ideas for all the elements, big and small. Pushing the cards around over the course of days, the structure cohered into six themes: Who am I? What is reality? Who’s in control? How do I decide? Do I need you? Who will we be?  Then we set to work writing and filming for a year and a half.

Tell us some of the highs and lows of the process – what didn’t you know before you set out on the journey.

Writing books is a solitary endeavour, and even in the laboratory most projects involve a very small number of people. Working with the incredibly talented team at Blink Films introduced me to a new scale of team-size: there were upwards of 80 people involved at different stages of the project, including producers, directors, cameramen, production assistants, researchers, sound engineers, gaffers, grips, and editors. This journey really opened my eyes to what can be accomplished by a large group devoted to a single task. I had been an interviewee on other people’s television series before, but I really had no idea how much work it is to make a television series from scratch.
Here’s the other thing I learned: although I took to shaving every day and getting haircuts on a regular schedule, I discovered how difficult it is to look the same from one shooting day to the next.
Some of the highs?  Meeting with other labs and colleagues around the world. Bonding with the talented crew that made it all possible. Watching a project mature from a seed into full bloom.
Lows: writing and re-writing scenes on the fly, while the camera was set-up and the crew was waiting. Filming entire 2-day long sequences that ended up on the cutting room floor.

Do you do anything to look after your brain – knowing what you know?

Aside from wearing a helmet while biking and not putting nasty stuff into my body, the main thing I do for my brain is keep it active, constantly loading new projects and studies on my plate. I choose new tasks I find challenging and enjoyable, but the real importance lies in their novelty, which keeps me neurally youthful.

Does knowing so much about the brain ever stop you in your tracks?

Every once in a while I’ll reach my arms down very far into questions – about reality, about our existence – that I have to suddenly step back from the abyss.  There’s a fine line between wanting to understand the real reality, and wanting to enjoy the kind of life that we’ve evolved to enjoy as medium-sized bipedal primates.

You describe how we are no longer at the center of the universe, of the animal kingdom and now of our brains. What do you mean and should we be worried?

Indeed, falling from a privileged position at the center of things has been the trajectory of science: Galileo found the clinching proof that the Earth was not at the center of the cosmic orbits, then Darwin found that humans are nothing but one more branch in the dense arborisation of life.  I’ve suggested that one of the main lessons from modern neuroscience is that we’re no longer at the center of ourselves – by which I mean that the conscious part of you simply doesn’t have access to the vast, sophisticated machinery running in your brain.  Instead, introspection only gets you so far, and your brain has its own programs and desires and deep history.
Should we be worried?  I’m not too into shoulds. I think this is all a natural part of the journey of discovery we’re on as a species.  And as I pointed out in Incognito, sometimes these sorts of dethronements have an upside.  As an example, we’ve discovered that the cosmos is much stranger and more wonderful than anyone would have imagined in Galileo’s time. Likewise, we’re finding that the inner cosmos of the brain is much more strange and wonderful than we imagined back when we supposed we might crack its secrets by simple introspection.

A young pioneer of the field, David is often described as a rock star neuroscientist.