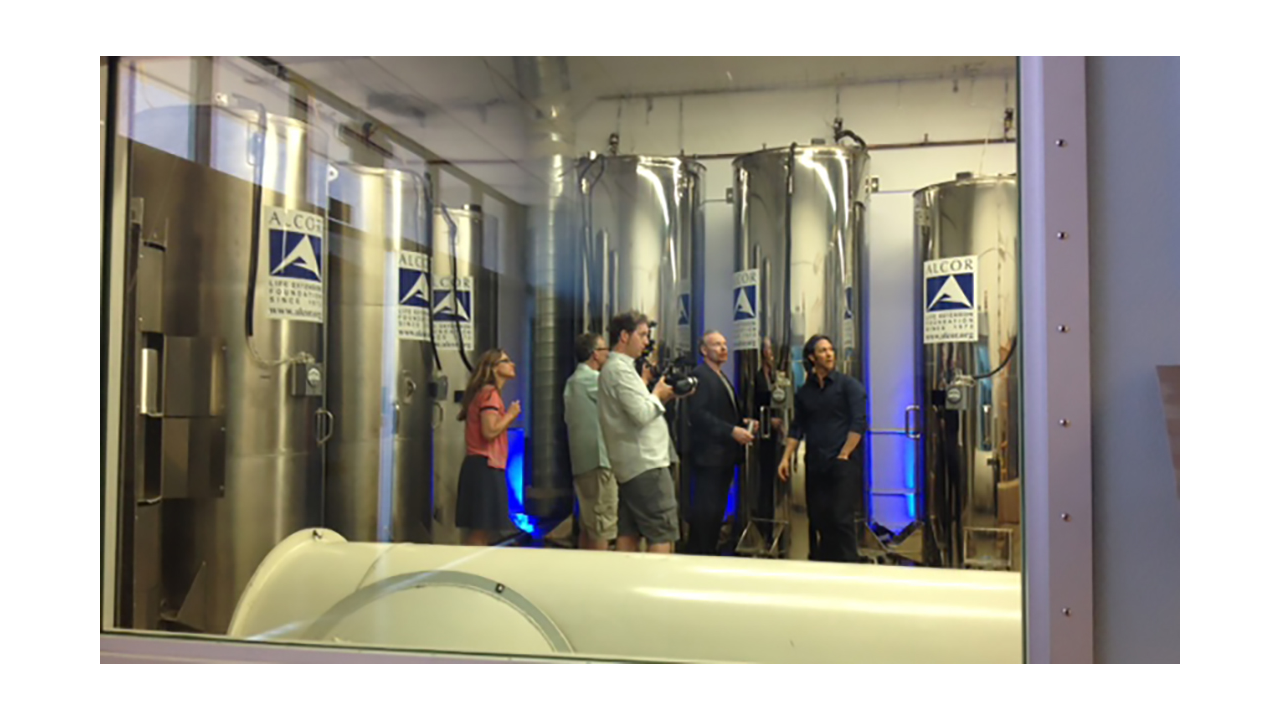 David and the crew walk among the "dewars" at Alcor.
Jeff Cools/Blink Films

Senior producer Jennifer Beamish takes us behind the scenes of the shoot for the final episode at Alcor Life Extension Foundation.​

In June 2014, I was lucky enough to visit Alcor Life Extension Foundation in Scottsdale, Arizona, to film a sequence for the final episode of The Brain With David Eagleman, "Who Will We Be?".

Alcor had captured my imagination for many years. I’m one of those people who worries about death. In particular, I worry that this amazing experience of being alive, with all its ups and downs and intensity, is going to come to an end. We are all not going to be here one day. This makes me unspeakably sad sometimes. 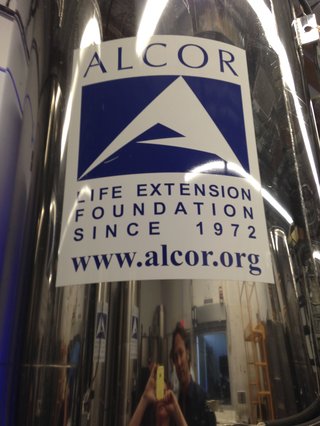 An up-close shot of the "Dewars" at Alcor.Blink Films To date, more than 130 Alcor members cared so deeply about the brevity of their life experience that they became determined to do something about it. To me, these men and women who stand together today, cryopreserved, and immersed in liquid helium, represent an essential human emotion: hope. These brave frontiersmen have entrusted their future and (im)mortality to others who will live long after they have died, in the hope that they will all meet again. How romantic. Not in a trivial "rom-com" kind of way, but romantic in a way that an impassioned poet like Percy Bysshe Shelley might approve of. He described his own imagined death like this:

Till death like sleep might steal on me,
And I might feel in the warm air
My cheek grow cold, and hear the sea
Breathe o’er my dying brain its last monotony.

Close to the airport, Alcor’s exterior is low slung and low key. Inside it’s a NASA-like mash-up of 21st century high tech and 1970’s sci-fi cool.

Max More, the CEO, couldn’t have been more welcoming or patient with my over-enthusiasm for the place. He must be used to it.

On a coffee table in the meeting area was a book entitled "Death is only the beginning." Our journey had begun.

I asked David and Max to talk about anything other than Alcor until Andy, the DOP, and Nic Stacey, the director, were ready to shoot. That kept everything fresh and spontaneous for when Nic called "action." When it comes to natural dialogue, the camera really doesn’t lie.

As Andy filmed, Max took David on a tour of the facility, showing us how the patient is prepared and where the patient’s body is cooled to extraordinarily low temperatures. Max mesmerised us with phrases like “cryonic suspension”; “neuro-separation” (separation of the head for those who choose to only preserve their head and brain); “neuro can” (the container for the cryopreserved head); and “vitrified” (when the tissue has reached a stable ice-free state). 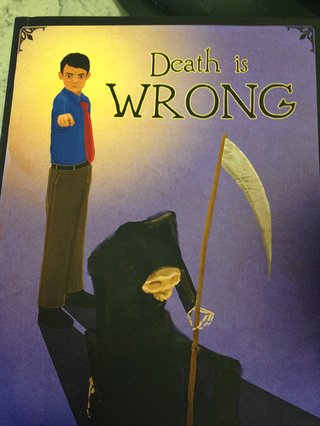 Alcor’s exterior is low slung and low key. Inside it’s a NASA-like mash-up of 21st-century high tech and 1970’s sci-fi cool.Blink Films The climax of the day came when we moved into a meeting room. Max flicked a switch and a long steel blind began to slowly and noisily roll upwards, revealing a window on another space. We were now looking into a large industrial space with giant metallic containers or ‘dewars’ that contained the cryopreserved remains of male and female volunteers and the Alcor family, all quietly waiting for their time to come again. It was so powerful an experience that I just stood and gasped. It was awesome.

We headed in to walk among the dewars, and Nic and Andy worked out how best to film what was to be the master interview of David and Max. Cameras running, the interview began with the two men roaming through the facility. Alcor, Max told David, is giving its members the chance of a "second life cycle," one that could last for millennia.

With the interview over and our filming wrapped, the crew began to pack up. I sloped off and headed for some shelves that I’d spotted near the entrance, where various Alcor memorabilia were on sale. I bought some t-shirts, a few mugs, and scooped up as much of their scientific literature as I could gather. We bid our farewells and that evening, myself, David and the crew had quite a profound conversation about life and death, and whether we’d want to return, assuming the technology allowed it.

Could we trust the world that was bringing us back? What would their motivation be for bringing us back? To eat us or to live with us benignly? How would it feel to be brought back to a place where we knew no one and were effectively, strangers in a strange land? Some at the table thought it was a terrible idea, others remained on the fence, a few were intrigued.

I continue to drink my morning coffee out of one of their mugs, and I go running in my Alcor t-shirt. I will keep an eye on their work, and their important research into cryobiology, and cryopreservation. And maybe one day, I’ll be in one of those dewars, awaiting my turn …