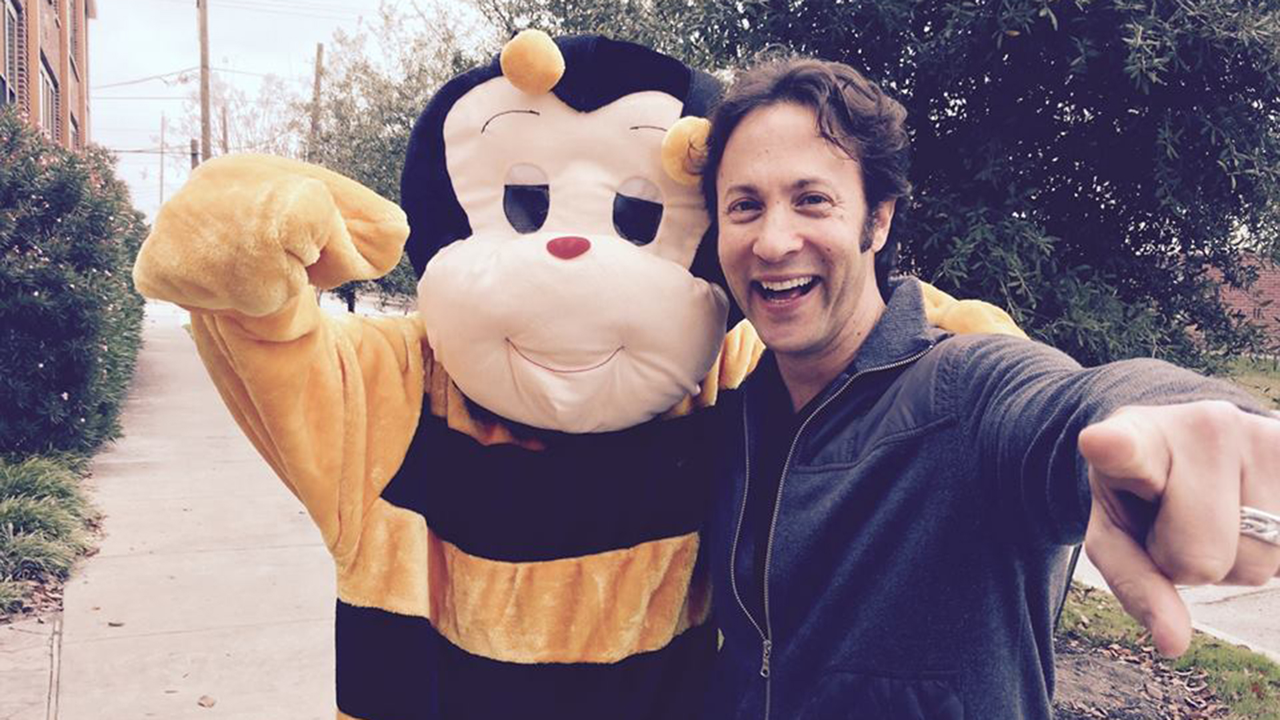 Assistant producer Chris Baron takes on the question of how hard his job is. The answer depends: Do you have to wear a bee suit that day? Has all your filming equipment been left 5,000 miles away?

I’ve heard some people that say that we assistant producers have the easiest jobs on the film crew - others say it's by far the most difficult. I’ve never really been able to decide … mostly because working as an assistant producer on The Brain with David Eagleman meant experiencing both sides of the coin on a daily basis.  Over the course of the project I was thrown into some of the most challenging situations of my career, but also ended up experiencing some totally unique and unexpected things.

On location our job is mainly keeping the shoots running smoothly while everything in the known universe is seemingly doing everything it can to prevent that. While back in the office I like to think in some ways we are like the engineers to the director’s architects – trying to bend the laws of physics to find workable solutions for the director’s designs for a gravity-defying skyscraper made of cheddar cheese.

The best thing you learn though is that there’s always a solution … even for the biggest of curve balls. 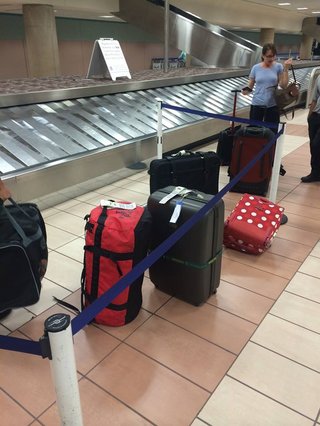 Bad day: When you end up with only 6 of your 400 bags at the baggage claim.Blink Films On day 1 of a three-week shoot across the States our first stop was Phoenix, where we landed from London with a fully packed four days of filming with David ahead of us all flying to Houston. We walk off the packed 747 into the baggage reclaim to find that only 6 of our 400 bags had made it onto the plane thanks to a massive airport wide computer malfunction. That meant our 12 cases of filming equipment and luggage were sitting among some 20,000 bags in a hanger at Heathrow airport. Luckily our DOP Andy Jackson is seasoned enough to carry the essentials onto the plane with him but this still wasn't going to allow us to film the scenes we came there to film with David the next day, and an endless list of reasons meant that postponing or rescheduling the shoot wasn't an option.

The following 36 hours involved the crew filming what they could while I ransacked the city of Phoenix for all the missing kit and props. Against the odds, and with some help from Craigslist and the amazing soundman, Jeff Cools,  we were able to get the kit together and shoot everything we had planned to do with David in Phoenix.

The two scenes with David from “Who Will We Be?” -- one on the mountain overlooking Phoenix; another with David exploring the cryogenic freezing facility -- came close to not happening at all, so I’m hoping they were worth the effort we put into making them with the minimal equipment we scavenged around Phoenix.

On the other hand, there are the other filming days when all I had to do was dress up in a bumble bee costume and be filmed walking around the streets of Houston. It’s days like that when I think that maybe the other guys are right, being an assistant producer isn’t the hardest job on the crew.