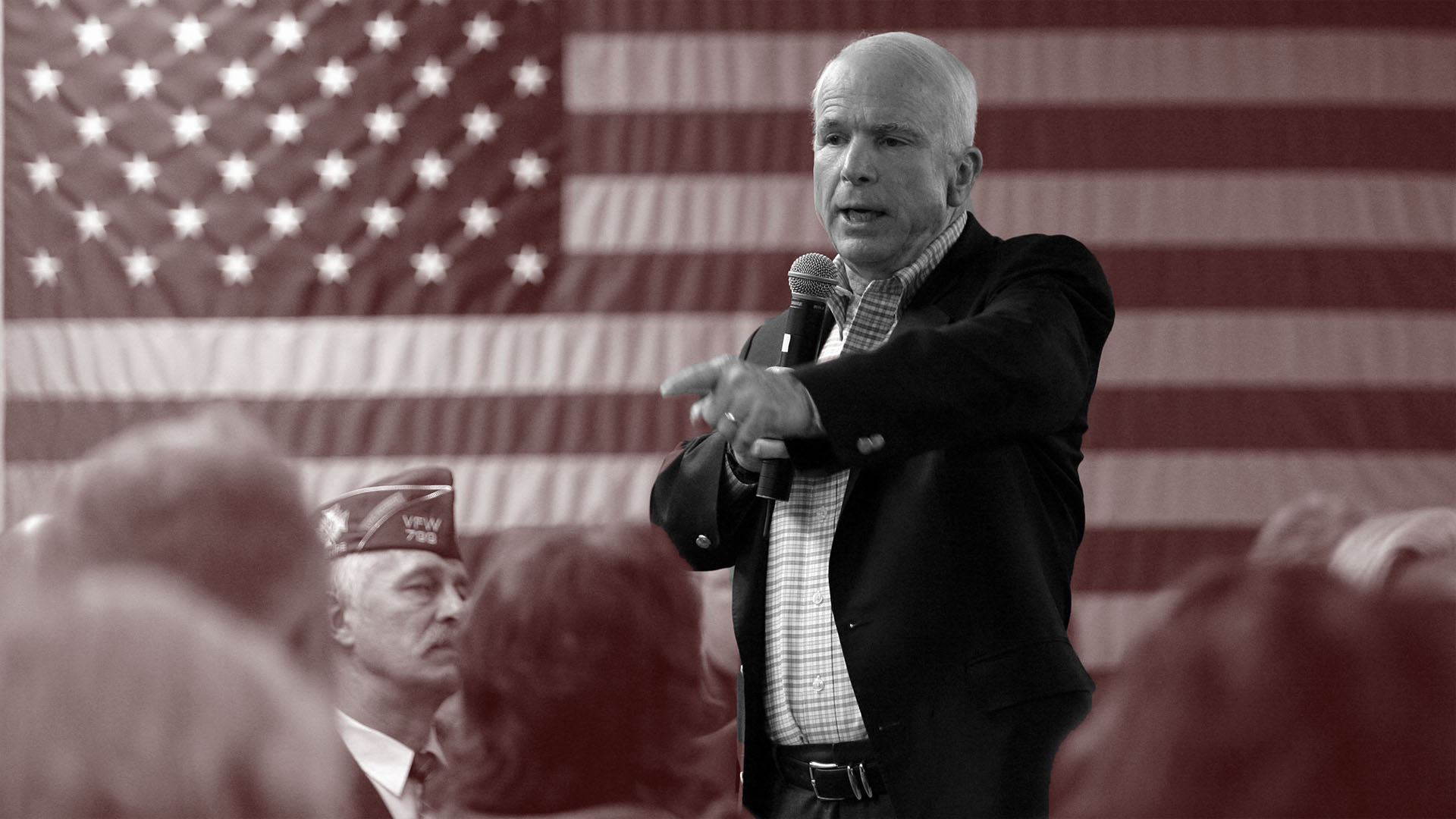 I owe America more than she has ever owed me.

A Look Back at the John McCain/George W. Bush Rivalry Former George W. Bush staff reflect on campaign tactics used to defeat John McCain. Even if he had he never run for president twice, Arizona Sen. John McCain would still have had one of the most compelling biographies in American history. Following his father and grandfather, both admirals in the U.S. Navy, McCain became a naval aviator.  In 1967, while on a bombing mission over Hanoi in the Vietnam War, McCain’s plane was shot down and he was held as a prisoner of war by the North Vietnamese until 1973. McCain refused early release, despite enduring episodes of torture.

McCain entered national politics in the 1980s as a self-described conservative “foot soldier in the Reagan revolution,” but would earn reputation as a political “maverick” for his willingness to buck his party on a variety of issues, including campaign finance reform. On the strength of his reputation and Senate record, McCain declared his presidential candidacy in 2000, setting off aboard his famous “Straight Talk Express.” He engaged with voters en route to beating the early favorite for the 2000 Republican nomination, Texas Gov. George W. Bush, handily in the New Hampshire primary.

McCain would lose a close and heated contest in South Carolina, and eventually the nomination, to Bush in 2000, but returned for another big fight eight years later, securing the GOP nomination in 2008. Backed by the party establishment, McCain would run a more conventional campaign that year, but would showcase his maverick by choosing Alaska Gov. Sarah Palin as his running mate. In a grueling election, marked by a financial crisis, McCain would end up losing to Barack Obama’s historic campaign. He would return to Congress, where he has served since 1983, and where he now seeks his sixth term as a U.S. Senator from Arizona in the 2016 election.