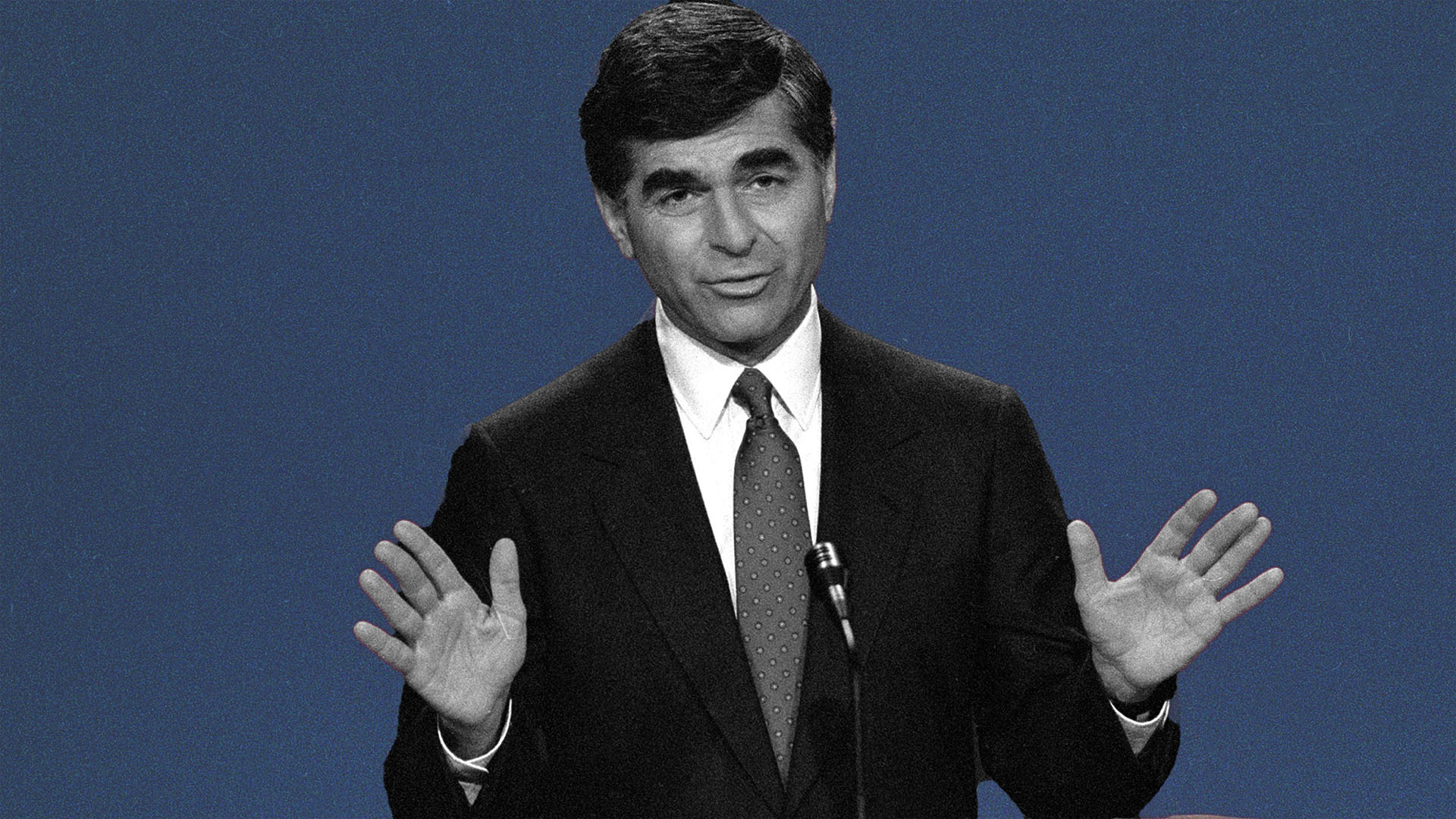 I’m not interested in getting in the sandbox with the other guy.

Why Michael Dukakis Decided to Run for President Dukakis discusses how he came to run for president, and his shock at presidential abuses. Heading out of the Democratic National Convention in July 1988, and with only a few months to go until the election, Massachusetts Gov. Michael Dukakis was beating his Republican rival George H.W. Bush by 17 points in the polls. But, in perhaps the dirtiest campaign in presidential history, Dukakis struggled to define himself to the American people in the face of the negative ads, gaffes and other obstacles that wound up defining his candidacy and, some say, costing him the election.

The son of Greek immigrants, Dukakis was an unorthodox presidential candidate—short in stature and not known for his soaring oratory or charisma—but one who had made a reputation for himself as an incorruptible leader and efficient administrator who had architected the “Massachusetts Miracle” in rejuvenating his home state over his three terms as governor. With a strong grassroots driven campaign, Dukakis emerged from a crowded Democratic field in 1988 to win the nomination and spearhead the party’s efforts to end the Reagan era in Washington and defeat his heir apparent George Bush.

During the campaign, Bush’s team, led by the legendary media operative Lee Atwater, successfully painted Dukakis as soft on defense and criminal justice issues, in a number or provocative attack ads, including the infamous “Willie Horton” spot. Dukakis was largely unwilling, to respond to the attacks and wound up carrying only 10 states and losing to Bush by around 7 million votes.

After serving his final term as governor, Dukakis as spent much of his post-political life as a professor of political science at Northeastern University, while remaining active in Democratic politics, including helping Elizabeth Warren win her U.S. Senate seat in Massachusetts in 2012.