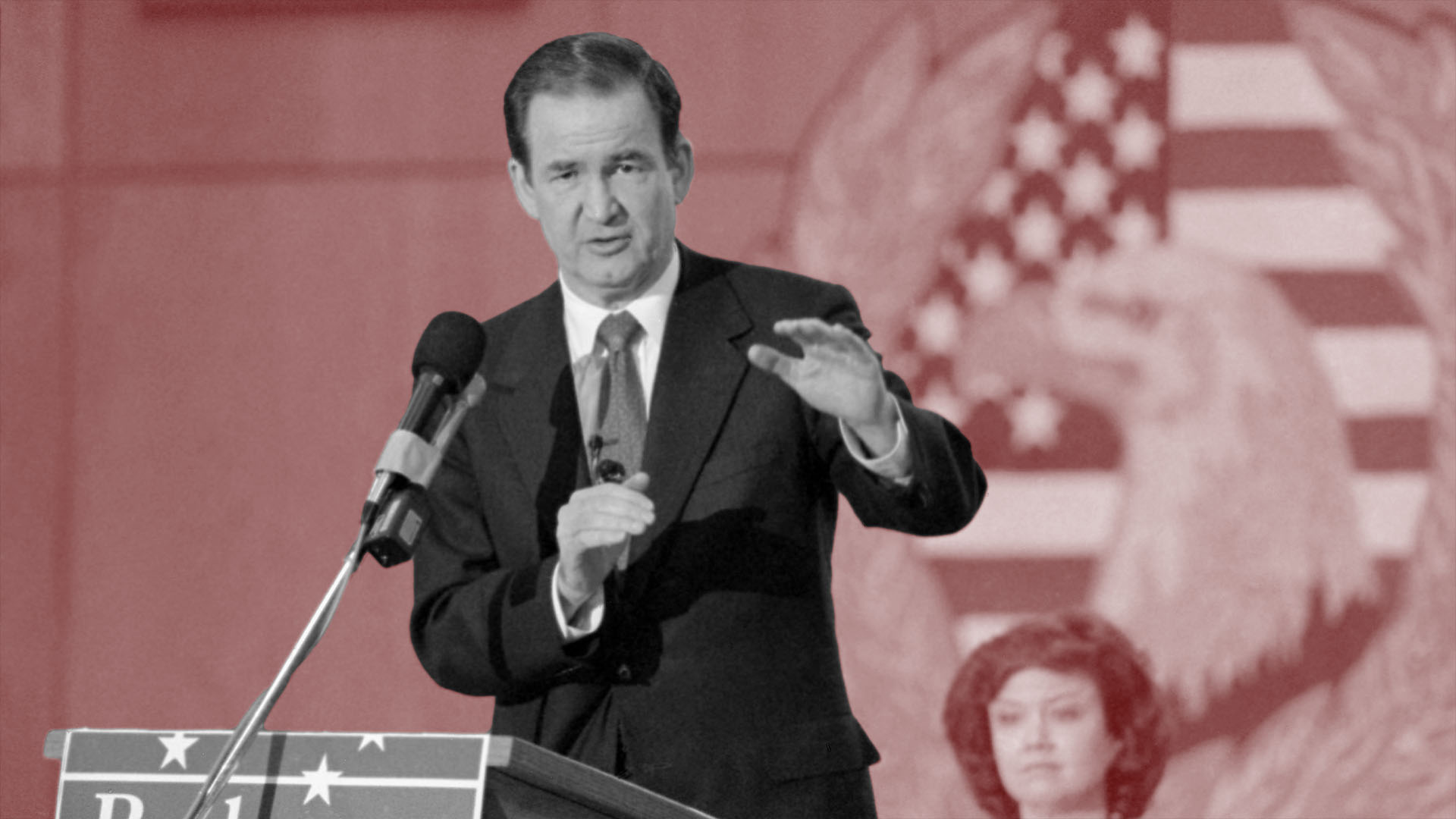 Pat Buchanan's Rivalry with George H.W. Bush How Pat Buchanan used Bush’s broken promise of no new taxes to gain traction against him. Long before Donald Trump, conservative writer, thinker, operative and pundit Patrick Buchanan launched his own revolt against the Republican establishment in 1992, railing against free trade and immigration, and proposing a fence on the Mexican border.  Buchanan would run for president three times, and the impact of his message was far greater than the number of votes he received, including his crusading “Culture War” speech at the 1992 GOP convention in Houston that would set the tone for the political battles of the 1990s.

From a family of Catholic Democrats in Washington, D.C., the young Buchanan fell in love with the uncompromising, intelligent conservatism of William F. Buckley and aspired to be a journalist, getting his start as a reporter with the St. Louis Globe-Democrat in the early 1960s. Buchanan would become one of Richard Nixon’s closest aides, helping him win the presidency in 1968 and 1972. He would return to the White House to work as Ronald Reagan’s director of communications in 1985, before eventually returning to journalism, including as the original host of CNN’s Crossfire.

Buchanan’s outspoken style as a syndicated political columnist, television and radio commentator earned him a reputation as one of America's leading conservative spokesmen. In 1992, a polarizing year in American politics between the Los Angeles riots and a struggling economy, Buchanan decided to challenge sitting President George H.W. Bush, whom he felt had betrayed the Goldwater-Reagan conservatism. One of the refrains of his campaign was to “Make America First Again.” Buchanan would give Bush a scare in the New Hampshire primary and take his campaign all the way to the Republican National Convention, where he fire up the base and fired the first shot in the 1990s culture war.

Four years later, Buchanan returned to the campaign trail, winning the New Hampshire primary but losing to eventual nominee Kansas Sen. Bob Dole. In 2000, he left the Republicans to run unsuccessfully again on Ross Perot’s Reform Party ticket. Buchanan remains active as a political columnist and commentator and is the author of several books including “The Greatest Comeback” about the resilient political career of his former boss, Richard Nixon.