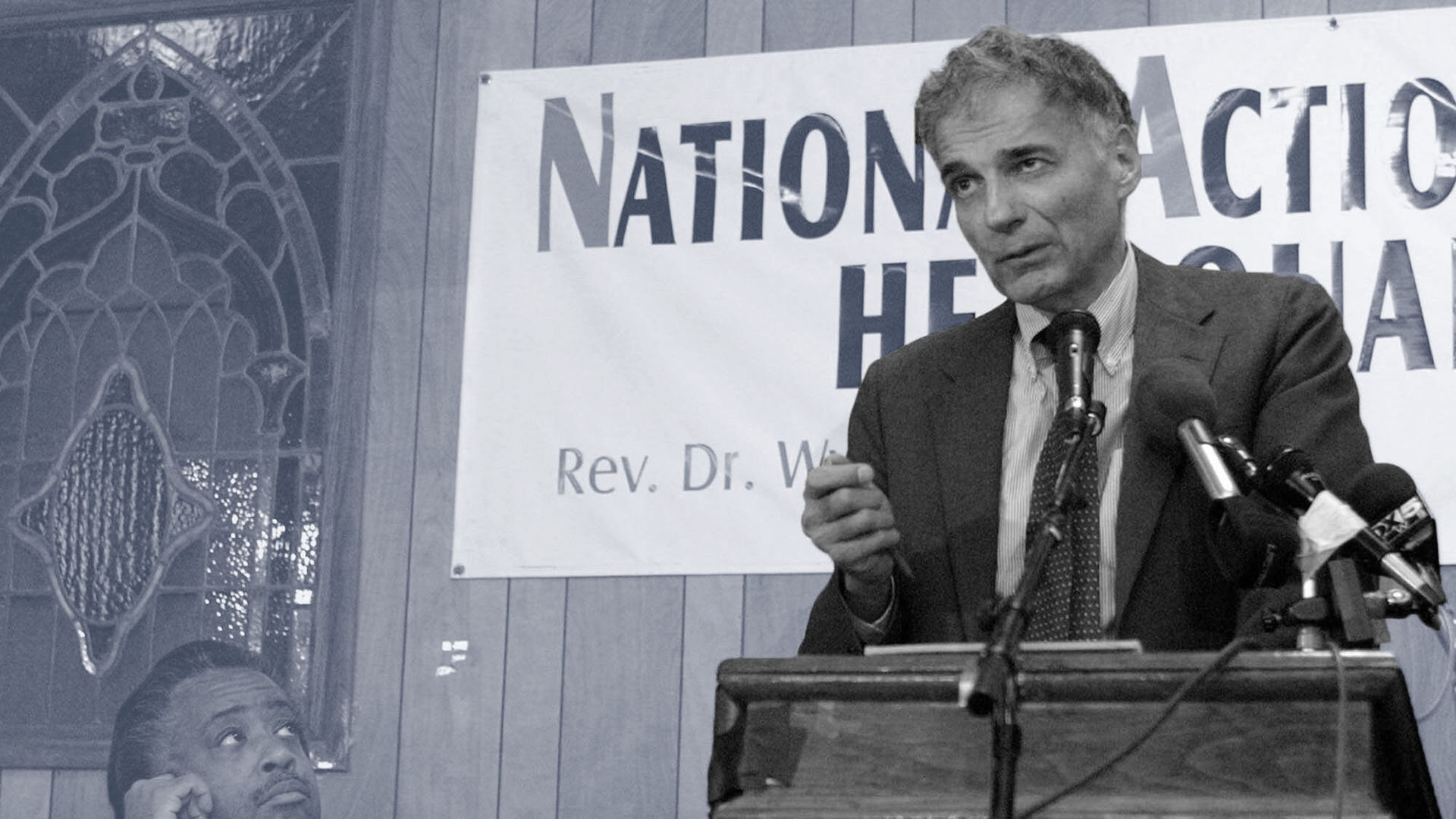 I couldn't believe that Al Gore, vice president, could not defeat a bumbling governor from Texas.

Ralph Nader Decides to Run in 2000 Nader wanted to shift politics to favor the people. Many things may have cost Al Gore the 2000 U.S. presidential election: the Butterfly ballot, the Supreme Court, Bill Clinton’s libido, Republican officials in Florida, the state’s felon disenfranchisement laws, his own campaign’s failings. But the one that really sticks in the craw of most Democrats, was Ralph Nader, perhaps the most significant third party candidate in American history.

The son of Lebanese immigrants, Nader got his start as a lawyer and consumer protection advocate whose landmark 1965 book on of the safety record of U.S. automobile manufacturers, “Unsafe at Any Speed,” helped lead to federally mandated seat belts and air bags. Nader and the legions of young lawyers and activists he inspired, would help shine a spotlight on unsafe products, pollution and industrial hazards. Nader’s 2000 Green Party campaign for president, trumpeted many of the game issues he had fought for as a political activist for decades, including campaign finance reform, environmental justice, universal health care and workers’ rights.

Nader got his name on the ballot in 43 states, but needed to win 5 percent of the popular vote to secure federal matching funds for the next election cycle. In the end, he would win almost 3 million votes and 3 percent of the popular vote, including over 97,000 votes in Florida, a state where George W. Bush defeated Al Gore by a mere 537 votes, which lead to the allegations from the left that he had cost Gore the election. Nader would run again for president in 2004 and 2008, earning less than 1 percent of the vote in both contests. Nader published his first novel in 2009, a political fantasy called “Only the Super-Rich Can Save Us!”