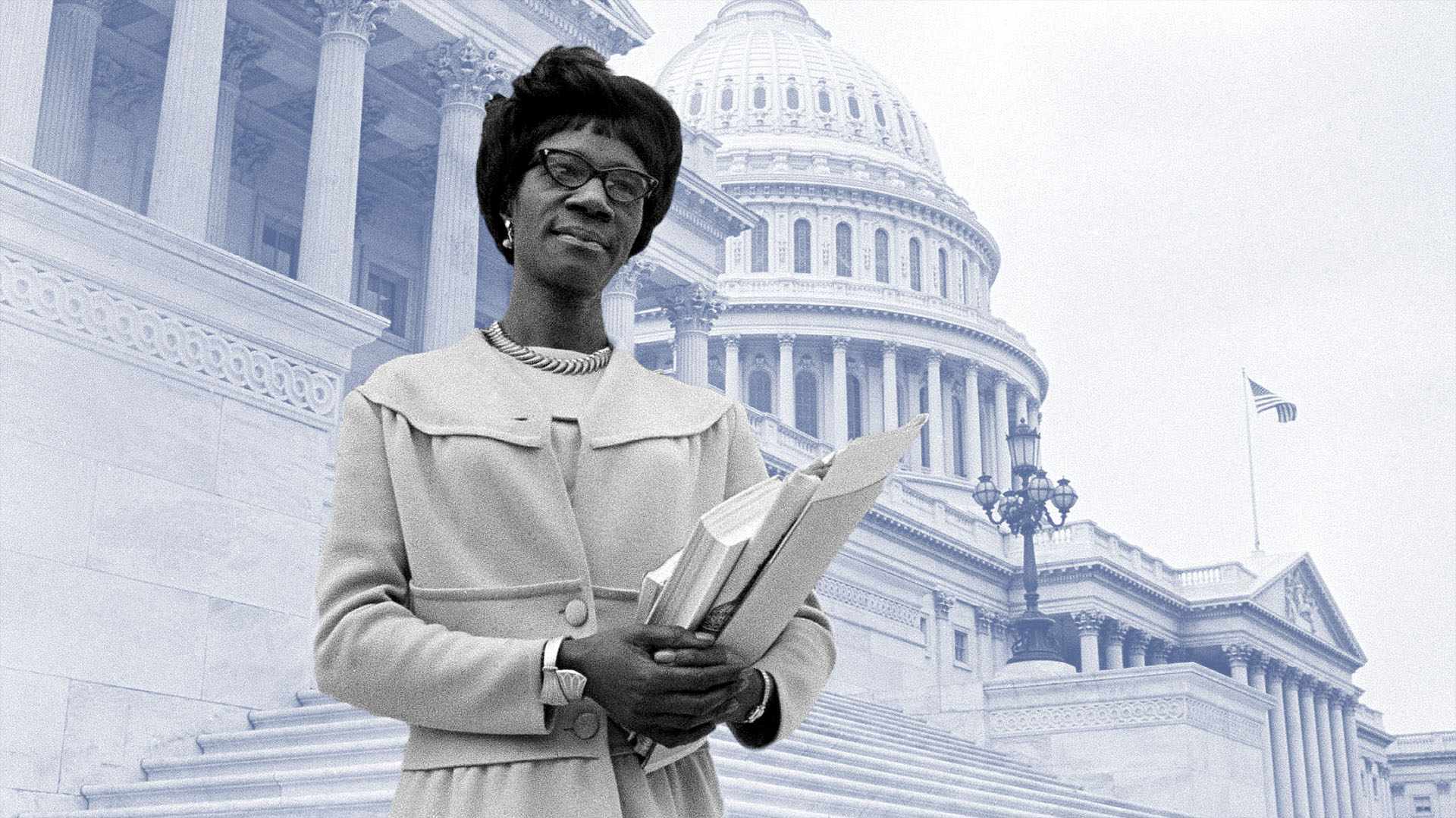 If you don’t have a seat at the table, bring a folding chair.

Shirley Chisholm Tackles Social Issues of Her Time Shirley Chisholm was dedicated to bringing up social issues, such as the Vietnam War. In many ways, Shirley Chisholm paved the way for the historic runs of both Barack Obama and Hillary Clinton. The first woman to run for the Democratic nomination and the first major-party African American presidential candidate, the Brooklyn congresswoman and her landmark 1972 candidacy forever altered America’s view of what a presidential candidate should look and sound like.

Being a trailblazer was nothing new to Chisholm. The daughter of West Indian immigrants, the community organizer and New York state legislator became the first black woman elected to the U.S. Congress in 1969. During her first term in Washington, the “unbought and unbossed” leader was an outspoken supporter of civil rights and women’s rights, a vocal opponent of the Vietnam War and even hired an all-female staff.

Without the support of the political establishment, including most black male political leaders, and with little in the way of campaign funds, many thought she was crazy to run for the highest office in the land in 1972, but Chisholm succeeded in putting together an inspiring grassroots campaign centered on blacks, women and young voters that would net her 152 delegates at that year’s Democratic convention.

Chisholm would win re-election to Congress six times before her retirement in 1983. She died in Florida in 2005 at the age of 80, and was posthumously awarded the Presidential Medal of Freedom in 2015.