On Valentine's Day 1990, Voyager 1, which had just completed its final planetary flyby and was heading out of the solar system, turned its camera inward to take some "family snapshots" of the planets in our solar system. In the hands of astronomer Carl Sagan, the image of Earth became one of the most powerful ever taken of our "pale blue dot."

The other images of the planets were also unprecedented, but visually underwhelming compared to the beautiful portraits Voyager had taken during its planetary flybys. 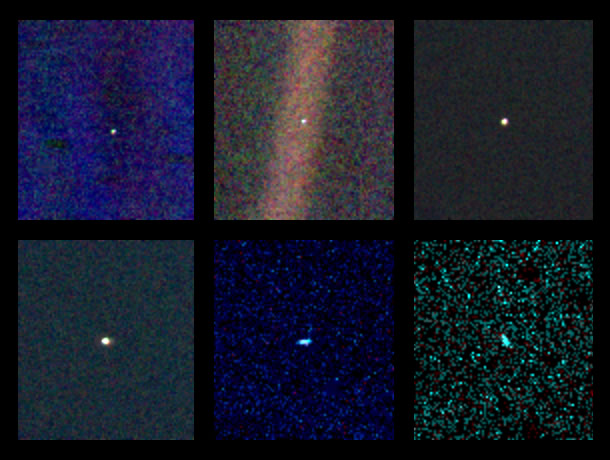 Only when they are seen in context do the photos reveal the challenge Voyager faced to obtain them, and the vastness of our solar system. Today this is a familiar graphic view of our galactic neighborhood, but Voyager’s images were the first of their kind.

Voyager was 3.7 billion miles from Earth, and approximately 320° above the plane of the planets when it took these photos. Missing family members are Mercury and Mars, which were lost in the glare of the sun, and Pluto (still considered a planet back then), which was too dim to be visible.

Today, Voyager speeds along at 38,000 miles an hour, is more than 13 billion miles from Earth, and has become the first human-made object to enter interstellar space. It's too far to see with even the strongest telescopes, but scientists can image its radio signal, using the world's most powerful ground-based telescope. 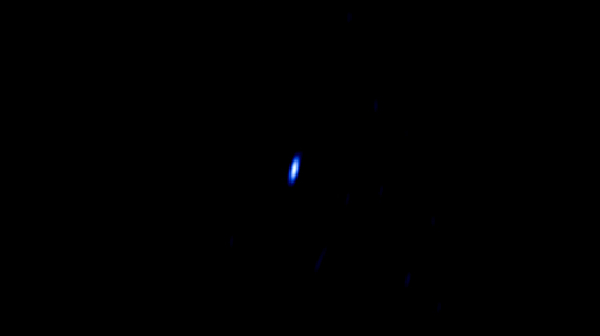