The Man Behind the Mission

It's hard to pinpoint the genesis of the Voyager mission. Such an ambitious, far-reaching venture is no doubt the result of a confluence of efforts and breakthroughs over many years, decades, and even centuries. But in 1965, when NASA's Jet Propulsion Laboratory was in the midst of engineering and orchestrating missions to the moon, Mars, Venus and Mercury, there was really only one person who was truly dedicated to exploring mission opportunities to the outer planets: A graduate student from Caltech named Gary Flandro. 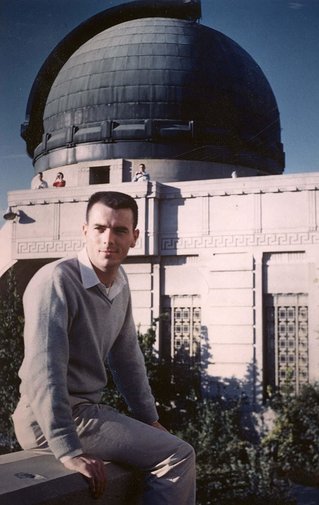 Flandro had been fascinated with space exploration since he was a child, and after earning a Bachelor of Science in mechanical engineering from the University of Utah in 1957, he went to work part-time at JPL while pursuing a Master of Science and eventually a doctorate in aeronautics at Caltech.

He held various jobs at JPL, working on missile trajectories and aerodynamics, before landing with a team calculating how to use a gravity assist maneuver for Mariner 10's Venus and Mercury flyby.

Gravity assist is when a spacecraft uses the gravitational force of another object, usually a planet, to alter its speed and trajectory. The concept was first discovered in the 1800s, when scientists observed how Jupiter's gravity changed the trajectories of comets and asteroids. It's also how scientists first became aware of the planet Neptune: Something massive and unseen, deep in space, had altered the orbital path of Uranus.

After Mariner 10, Flandro's supervisor asked him to explore whether or not the same principles of gravity assist could be utilized for missions to Jupiter, Saturn, Uranus or Neptune. Flandro took up the challenge, and began searching for opportunities to slingshot from planet to planet in order to cut down the travel time from Earth.

For the maneuver to work, he needed to know where the outer planets would be at any given moment, so he started by graphing their positions in the solar system over time. To his surprise, he found that Jupiter, Saturn, Uranus and Neptune would all be aligned on the same side of the sun during the 1980s. He also realized that such a configuration wouldn't happen again for another 176 years.

The rare alignment presented a singular opportunity to visit all four outer planets with one mission. Flandro used an interplanetary ballistic trajectory computer program that had been written for JPL by the Lockheed Missile and Space Company to figure out the trajectories that would give them the multiple speed boosts and directional changes they needed. He would work up his simulations, then hand them off to a computer operator (only trained technicians were allowed to touch the finicky, room-size computers). The next day, he would get printouts of the tests, and hand those off to "human computers" who would help him plot and analyze the results.

Eventually, Flandro and the team revealed that with gravity assist, NASA could take twenty years off a direct flight from Earth to Neptune, and visit all four outer planets in one shot. It was an opportunity too good to pass up, and NASA set to work developing the mission, which eventually became Voyager. 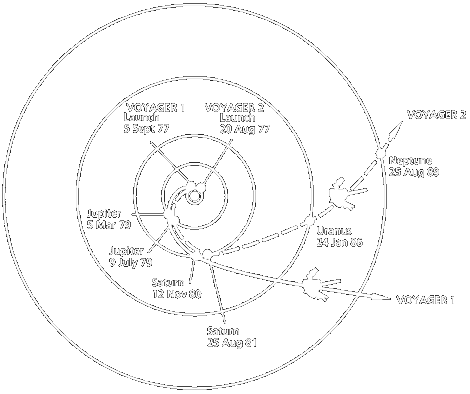 Planetary Alignment and Gravity Assist diagram for the Voyager Missions

Gary Flandro meanwhile, earned his doctorate from Caltech in 1967, and left JPL to launch an academic career as an assistant professor of mechanical engineering at the University of Utah. At first, he received little recognition for the work that led to Voyager. But in 1970, on recommendations from his JPL supervisors, the British Interplanetary Society awarded him the M.N. Golovine award for his efforts. And in 1998—the same year Voyager 1 became the most distant human-made object in space—NASA too recognized his crucial contributions, awarding him their Exceptional Achievements Medal. At that very moment, Voyager 1 was roughly 6.5 billion miles away, heading successfully toward interstellar space thanks to the planetary alignment he had discovered.